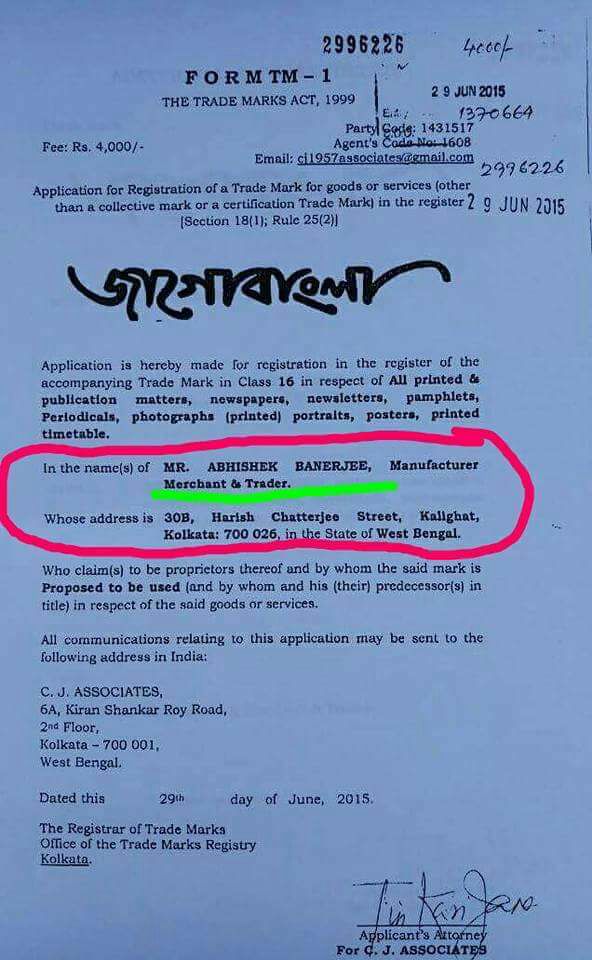 West Bengal government today iterated that the Biswa Bangla Marketing Corporation is totally owned by it and is not a private entity.

“If anyone claims that it (Biswa Bangla) is a private company, it is wrong. It is a government company”, Rajiva Sinha, secretary to the state MSME and textile departments told newsmen here.

His statement came in the wake of newly-inducted BJP leader Mukul Roy’s claim at a public meeting here yesterday that Biswa Bangla is not a government entity but a private company owned by Abhishek Banerjee, nephew of Chief Minister Mamata Banerjee.

Sinha, in the presence of Home secretary Atri Bhattacharya, said that Mamata Banerjee had created the Biswa Bangla logo and transferred it to the state government.

“She is the creator and we are the user of the logo.

Any department of the state government can use it,” he said.

Sinha said when the government had approached the registry of trademarks, the authorities had said that two other applications were also submitted for it.

“Subsequently Abhishek Banerjee had withdrawn the two applications and the registration authority accepted it”, he said.

The Home Secretary said that Biswa Bangla is not only a corporation or a logo. “It is a brand for the state”, he said.

Bhattacharya had yesterday said the ‘Biswa Bangla’ brand and logo are registered in the name of the state government for use in many capacities.

Be the first to comment on "Biswa Bangla Is A Govt Company, Not A Pvt Entity : Sinha"