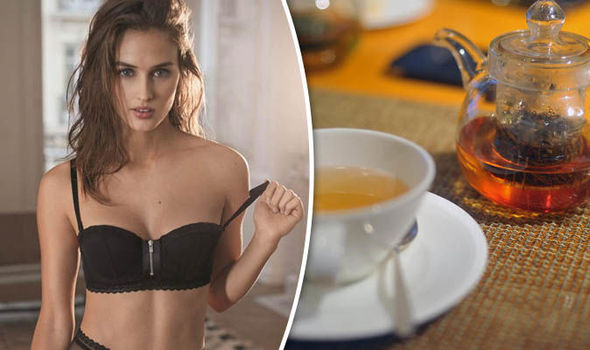 Darjeeling tea is not enjoying being associated with a lingerie company

IT IS known as the fine wine of teas – Darjeeling’s subtle aroma has long been a mark of sophistication.

But the favoured blend of genteel drawing rooms and upscale hotel salons has been dealt a china-rattling blow by a French lingerie company.

The historic tea, from the Himalayan approaches, has been humbled by a gauche collection of lacey bras, slips, thongs, stockings and revealing negligees that is sold under the name Darjeeling.

A landmark case in the European Court of Justice has just ruled in favour of the Paris-based firm Delta Lingerie after a seven-year legal struggle by the Tea Board of India to protect its West Bengal regional brand.

The board, a department of the Indian government, argued that the name Darjeeling was protected by a trademark. The luxury tea can sell for a premium £1,400 per kilo but its iconic image took a hit when the Darjeeling lingerie range was launched and proved an instant hit across France in 166 outlets from Cannes to Calais.

The board had previously won several cases preventing companies from marketing goods under the Darjeeling name.

Shri P K Bezboruah, Tea Board of India chairman, said: “We are considering the legal position and what options are available to us.

“We want to protect the Darjeeling name because of its importance culturally and economically. We won the first case but the judgment was overturned on appeal. It is disappointing for us and Britain should be disappointed too because Darjeeling tea is part of its colonial legacy. It was started and nurtured by the British. That heritage has now been frittered away by frivolous Frenchmen.”

Darjeeling produces about eight million kilos a year, more than two-thirds of which is exported mainly to Europe.