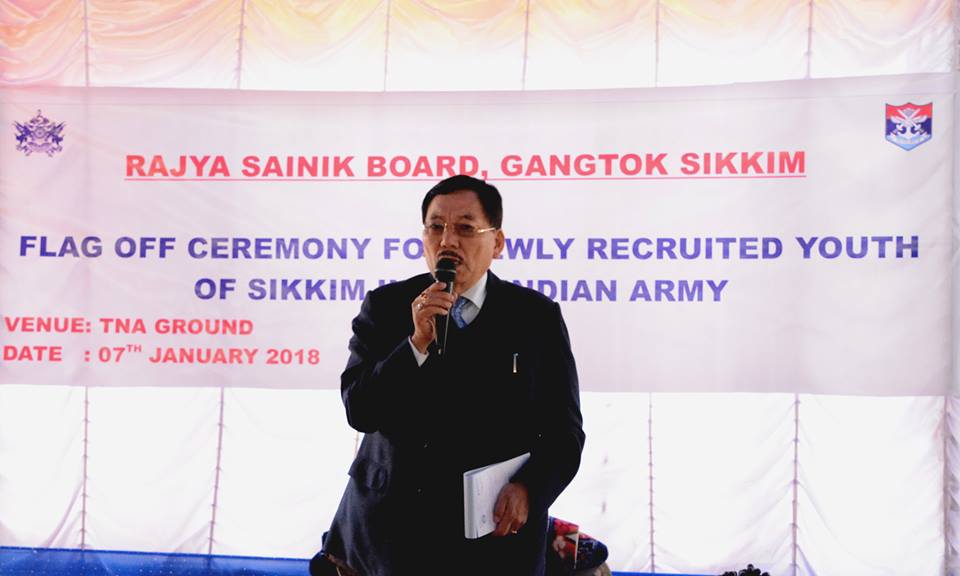 In the first of its kind gesture to honour the bravery and gallantry of Sikkimese soldiers serving in the Indian Army, the Chief Minister of Sikkim, Mr Pawan Chamling yesterday announced a series of rewards for them.

Attending the flag-off ceremony for the newly recruited jawans from the state at Gangtok, Mr Chamling called upon the new recruits to “work selflessly and give their valuable service to our great Nation.”

Congratulating the 109 new recruits from Sikkim for making the cut and for getting the opportunity to serve the country, Mr Chamling advised the new recruits to work tirelessly and to keep country’s security ahead of everything else.

Mr Chamling, who once served as a soldier in the erstwhile Kingdom of Sikkim, announced the following rewards for recognising the bravery and gallantry of Sikkimese soldiers serving in the Indian army:

Be the first to comment on "EXEMPLARY: Sikkim to Felicitate its Soldiers for Bravery & Gallantry on the Republic Day"