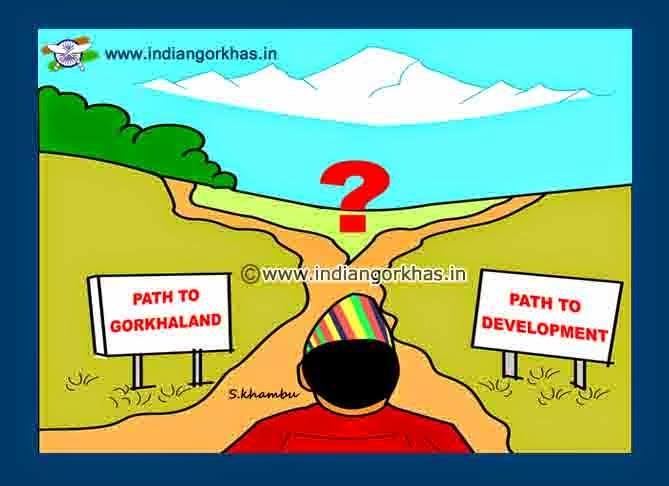 “Politically unfree citizens are deficient in freedom even if they happen to enjoy a very high level of income” – Amartya Sen, 1999
The buzzword in Darjeeling, for the last couple of months and years, has been “development.” However, the meaning it offers to the different group of people is as varied as the proponents. The groups range from unskilled human resources to skilled, with many intermediaries.
Among these numerous intermediaries, the most vociferous in raising the issue of development is the politicians. For them, development means infrastructural growth and rise in per capita income.
But this is not the development people seek for.
For the people, development is freedom. For them, development resonates in the phrase ‘Development as Freedom’ as Amartya Sen says. For the people of Darjeeling, Tarai and Dooars development must not be in isolation from their lives and it should bring real freedom for them to enjoy and should address the structural inequalities that exist in the society.
The politicians of Darjeeling are using development to inflict structural violence against the people. For instance, these politicians are forcefully trying to evict the forest dwellers when they are seeking their rights given to them constitutionally.
The tea gardens workers are demanding for the implementation of the Minimum Wages Act, but it is not being done on the basis of some pretext pushing the people into poverty. Only economic policies which suit these politicians (who do not enjoy peoples’ mandate) are being carried out. It is being done because it makes it easier for them to pursue and sustain the policy of filling their’s and their cronies’ coffers which in turn helps them to intimidate and threaten people into submission to their illegitimate authority. The path of development that is being chalked out in Darjeeling does not have people’s desires and aspirations, but only those of the political party which is trying to have its control over the region with the use of state machinery through its proxy planted in Darjeeling.
Development, for people in Darjeeling, means freedom, a means to an end, which is political freedom. To ensure development, political freedom should be granted to the people. This grants people the agency to discuss and draw attention to dangers and vulnerabilities and to demand remedial action. Healthcare, water, sanitation, and education are in shambles in Darjeeling and these issues need to be made ‘public troubles’ and brought into the discussion. For such a development to take place political freedom, where people can exercise their political and civil rights, has to be put in place.
Development becomes irrelevant if people are politically unfree.
[Writes: Vikram Chettri]