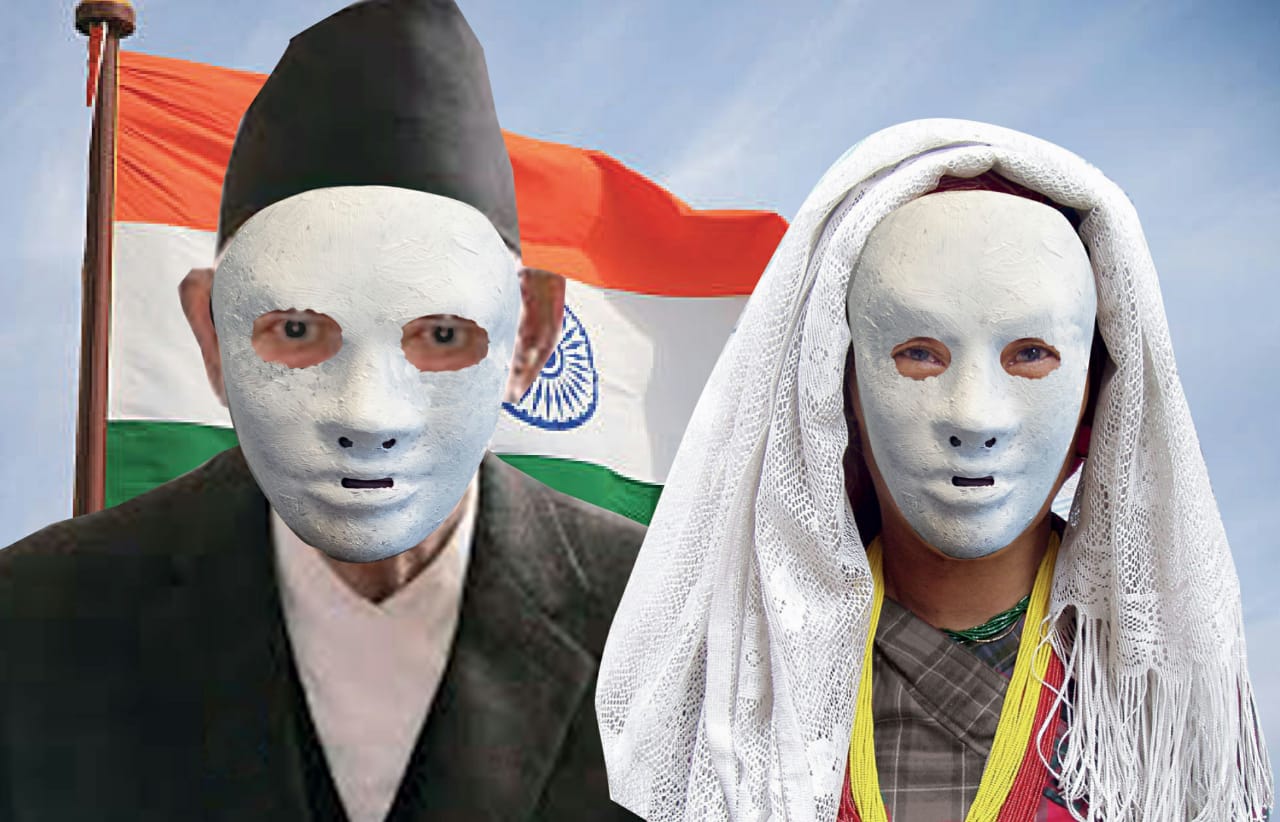 For the last two years, I have been penning Independence Day articles for TheDC, hailing heroes and heroines from the Indian Gorkha community who fought for India’s freedom.  This year I feel a vacuum. Because I feel we are still struggling more than ever before.

Recently, I attended a panel discussion on ‘In today’s globalised world, what role does nationalism play in India’s context?’ A mouthful of words, but essentially I think, it was about how nationalistic we are in this global age. One panellist said that nationalism is about the national bird, animal, dress, anthem and khichri. Another said it was about remembering our freedom struggle against the ‘other’, meaning the British rule. And what a costly affair it was, as freedom came with a big rider—the division of India and Pakistan based on religion.  A criterion, which after seventy-two years, appears as so very wrong. Millions were rendered homeless as they staggered across the borders by foot, on bullock carts, in trains and buses under the onslaught of massive violence and suffering. Lives, families and belongings were lost in the mayhem to reach a new homeland as per their religious identity. The governments in their hurry failed at maintaining a peaceful exchange.

After the British ‘other’, new ‘others’ took its place. Many Indians are still struggling for their identity. Some inside before 1947 are still crying for recognition. On the other hand, millions of refugees continue to pour into India. Some intellectuals say India is a huge tent where everyone can be accommodated. Others say sorry there is no more space in the tent.  Some expostulate that India stands for compassion. Clearly, idealism and reality knock heads in many ways and no one sees the middle path. Power and money appear to be the new nationalism. Nobody talks about the need to strengthen nationalism in terms of the Indian citizens feeling at home.

Millions of Indians born and raised in India go abroad and take oaths such as “I hereby declare, on oath, that I absolutely and entirely renounce and abjure all allegiance and fidelity to any foreign prince, potentate, state, or sovereignty, of whom or which I have heretofore been a subject or citizen; that I will support and defend the Constitution and laws of the United States of America”. Where does the Indian nationalism go then?

Either, there are those living in the world of ‘global opportunity-nationalism’ or clinging to archaic forms of racial insularity by dominating the minority. Dirty words like fascism are still surviving under new names. Leaders try hard to convince that we are a multinational and multicultural state because it sounds so good and upwardly mobile.  But murky waters lie deep beneath. Nationalism has different connotations for everyone and ironically the government has to force Indians to stand for the anthem in movie halls. Terms like the nation, nation-state, state, global citizen are weighing down or buoying up mindsets.

How nationalistic do we Indian Gorkhas feel? We are the country’s sterling defence force, but socially we are still perceived as immigrants from Nepal, foreigners on Indian soil. Despite the fact, that we have been citizens of this land for more than two hundred years. Our Indian identity on the face of it is as vague as a peel-off beauty mask. Funny thing is that while millions of Indians are migrating to the west, we are still here struggling to be accepted as Indians.  Its been a year now since the last agitation for Gorkhaland in the Darjeeling Hills witnessed yet another saga of dead bodies, persecution, humiliation and forceful crackdown. The Gorkhas of Darjeeling Hills are still fighting for independence from the ‘other’ being West Bengal government. Ironical, because the same government allows foreign nationals from Bangladesh to pour in millions and work without even a work permit. Bangladesh and India have no such treaty facilitating this.

So whom shall we remember today?

Post 1947, do we remember the one thousand two hundred and one (1201) martyrs of the Gorkhaland agitation?  They include the thirteen unfortunate people killed by police firing in 1986 in Kalimpong and so many more with bullets shot straight to the head by WB police forces.

Or do we remember in recent times those killed in the 2017 Strike for Gorkhaland?  They include amongst many, the names of Bimal Sashankar of Goke, Mahesh Gurung of Relling, Sunil Rai of Kaijaley, Tashi Bhutia of Sonada, Suraj Bhushal of Tung Sung, Samir Gurung of Singamari, Ashok Tamang of Lewis Jubilee, Asish Tamang of Sukhiapokhri and Dawa Tshering Bhutia of Pedong.

Be the first to comment on "Whom Shall We Remember Today?"