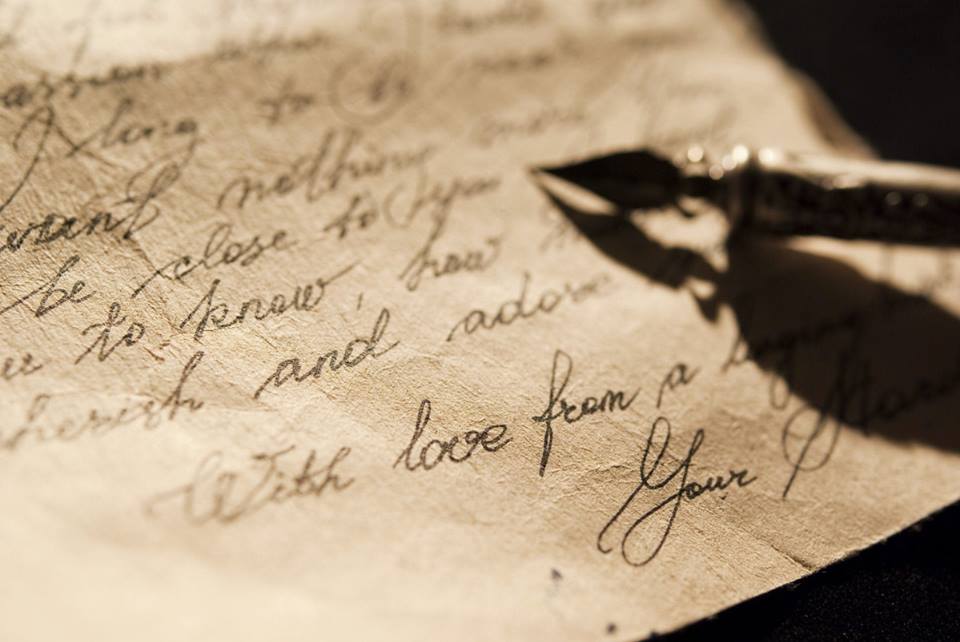 
“बैनी मेरो साथी को चिट्ठी थाप्चौ हरे – would you accept my friend’s letter?” if you ever said these words or made someone say it for you, or heard someone say it to you, you have a wonderful moment to reflect upon.

The other day my wife and I were reminiscing about how things were different when we were young and she remembered the 1st “Love Letter” she received from me. In fact, she still has it and showed it to me. It’s funny, my 1st letter to her is not in my own handwriting, and even she knows that (now ), but as I read that letter, all the nostalgia and memories of my younger days came flooding back, and I was compelled to write this piece… those days truly deserve an ODE.

This write-up is to take you guys down the memory lane, when things were plain and simple and you said or rather you wrote what you felt, in person. This write-up is an ODE to the times we grew up in, when love was meant to last forever, and when the first step towards winning your beloved’s heart was to write her an amazing letter.

I miss our times, and I am not very old, just crossed the threshold of 35 and yet in this technology-driven world, I am already outdated. To the internet generation and smart phone era kids, the idea of writing (literally) and not typing or texting your feelings to an unknown person may come as a surprise and you may think of it as outdated, but for us who were born in the 1980s and grew up in the 1990s – writing a letter baring all your feelings to your loved one, was the only way to connect, often the only way to communicate.

This is how it worked.

We’d see someone special in school (if you were in a Co-ed), or on our way to school or college or tuition during Madhyamik and start to develop a crush. Often all we knew was the face/person, we didn’t even know her/his name or where they lived… देखेरै लब पर्दिने सीन हुन्थ्यो… I don’t think there is an English equivalence to this phrase, but the closest could be “love at first sight”…

“Modernism” as we know it today, hadn’t yet seeped in Darjeeling culture, and even though Darjeeling was always an open society, teenagers feared their parents, teachers and worst of all their meeting some elder from their village while trying to woo a girl/boy, as these elders would invariably rush home and complain to the parents, which naturally was followed by a Sisnu-paani treatment.

So when you saw a girl/boy and started to crush on her big time, you found a way to get your feelings across and the best way to do so was by writing a letter to her/him. Once the letter was ready you would either hand it over to your crush in person or send one of your best mates to do so for you.

Often the girl or the guy you had a crush on would have an inkling that someone was interested in her/him, so the ball would be on their court and if they said “Thapchu or ok I will accept” it was an indication that they were interested in you as well.

Imagine the significance of that letter now. Your crush has agreed to read what you have to say, and if s/he will go out with you entirely depends on that letter or yours. Literally, the 1st love letter could either make or break your relationship.

As we all know, not everyone is good with words, so there would naturally be those who couldn’t express themselves well, like me. I was lousy with emotions and lousier with words. I could never bring myself to write an essay or a letter to the Headmaster, let alone write a love letter. This is where the letter writing experts came in. In our growing up days, these people were literally the most coveted and cherished friends, who could not only write amazing letters, they could do so in flowing calligraphy. Which is what explains the fact that my 1st love letter to my (now) wife is not written in my own handwriting.

My wife now says, she found these lines super cute, I am not so sure. Reading what I wrote then, after almost two decades, I am not sure if she fell in love with me, or took pity on me or my pathetic attempt at Shayari… funny thing is, that was not even my Shayari, those lines were written by the “expert letter writer” from our class Dawa.

Dawa was a legend; it was rumoured that any girl who read his letter would never say no. He could write letters while sleeping, and the girls would swoon over it.

Call it ironic, but tragically Dawa did not have the courage to hand over a letter to his crush, he delegated this responsibility to his best friend Santosh, who it turned out also liked the same girl.

So Santosh went and handed over the letters which were simply signed “Timro Pyaro….” and he never bothered telling her the letters were from Dawa and the girl it turns out kept on assuming it was Santosh writing those letters… This continued for almost 4 months, and when Santosh informed us that THE GIRL had said “yes” to him, there was a huge fight between Dawa and Santosh right there in our class.

The fight was funny too, as I recall it, Santosh said, “तो बच्चाई छस सोम… तेरो ओंठ निचारेर दुध निकाल दिन्छु… You are just a kid, I will press your lips so hard that they will leak your mother’s milk (a reference to being away from breast-milk for only a little while – young kid)” to which Dawa said “तेरो त झन् ओंठ निचारेर खुन निकाल दिन्छु… and I will pinch your lips till they bleed” and he literally pinched Santosh’s lips. Now the season was winter, nearing our final exams, and Santosh had his lips all cracked up – उसको ओंठ फुटेको थ्यो… so when Dawa pressed his lips, they indeed started to bleed.

I guess, back in the day we were all influenced by Bruce Lee, wherein the hero wouldn’t react till he saw blood coming out from some of his parts… so Santosh wiped the blood from his lips and yelled “तेरो आमा गर्नु खुन निकालेको मेरो” and they started to fight. It was a bloody affair. Somehow, Dawa got a chance to climb one of the desks and he gave a solid kick to Santosh on his chin… I know this might sound like an exaggeration, we had all assumed that Santosh would fall flat following the kick, but he managed to stand upright… all he kept saying was “तेरो गनाउने खुट्टा उता लैजा – take away your stinking feet:” Believe it or not what had happened was this, Dawa had a huge hole in his sole, so when he kicked Santosh, the hole in the sole got stuck on Santosh’s chin, and Dawa’s feet stunk like a dead fish.

A serious fight between two friends over the love letter and the girl went on to become the stuff that comic legends are made up of in Darjeeling.

So he fell in love with this one girl and they had this serious period of “Nayn-Mattaka – ogling over each other”… Finally, he decided to give it a shot… and he made Dawa write the letter and he was confident enough to deliver it himself…

I remember that day like it was yesterday, as it was winters and we were going for Madhyamik tuition and that is where he had seen her. So confident was he, he walked right up to her, put his feet up on the bench she was sitting in and stretched one of his arms to support himself on the wall and used another to give her the letter….

I was a witness to this… she did not accept the letter, and said something to him… his whole face turned darkish purple (kale manche rato hunda kasto huncha… imagine a darkish man turning red?)… he came upto me and I asked him what did she say? without batting an eyelid he said, “रड्डी रैछ त्यो केटि… मलाई त तपाई को काखी गनौदै छ… दाजु नुहाएर औनोस ल हरे.. she was brutal… she told me to come after taking a shower as my armpits were stinking…

Swear to God!! I am not making these up.

So last year that friend of mine did get married, and the first thing my younger brother said was, “Daa नया भाउजु को नाक चै बुछेकै होला है… seems like the new sister-in-law cannot smell properly” my friend had continued to stink all this while

Texting, I believe is what ruined relationships. Because you don’t need to put an effort to text, you just type and send in your emotions wrapped in 180 words.

Back when we were growing up, we had to put in real effort to share our feelings, we had to think, ponder, write, re-write and at times even hire someone to write down our feelings. So we all put in an effort to get into a relationship, hence getting out of it was equally very difficult.

These days thanks or no thanks to social media, you become friends over Facebook, fall in love over Instagram, get into a relationship on WhatsApp and break–up over Twitter.

In our times, we had to do all of that face to face, in person… and perhaps that is what kept us honest and true… You can write all you want to, but unless you do so in person, it holds no meaning.

I am HAPPILY (wrote this under instructions from beloved wife) married and I am trying to teach my kid the art of letter writing, the art which I never possessed, and hoping to God that this will one day help her meet the man of her dreams… the man who truly deserves her…

Just the way I met her mother, I wish for my daughter to meet her future husband, face to face and not over some internet site.

Those LOVE LETTER days were golden indeed… and them days of honest love, I will forever miss!!