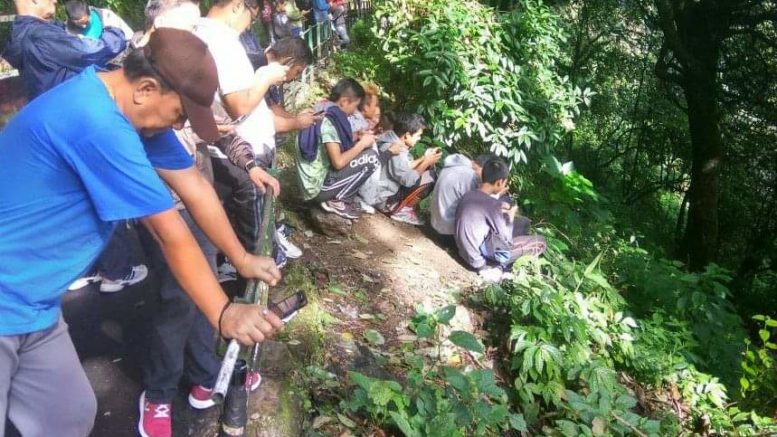 
How many types of generation are there? Let me name a few. The Silent Generation, the Baby Boomer Generation, Gen X, Gen Y, Gen Z, and now The Millennials. But these categories are not oriental you would argue. Maybe it does not apply to us. That is beside the point. But I am sure of one thing. There is such a thing called a Forward Generation.

Every generation has something to boast about. That is why good stories, on a rainy day, begin with, “Hamro pala ma tah…” There used to be a time when a monotone black and white Nokia 1100 was the ‘thing’. I remember being reminded then, “Hamro pala ma… incoming calls also used to cost money.”

And we thought, how lucky of us. All we need to do is give a missed call to decode a predefined message.

For example, ‘Ek missed call’ means I will be in front of Bata waiting for you. To all the Gen Z’s wondering WTH… “Hamro pala ma… outgoing calls sometimes cost 2 rupees a minute.” Oh, the pain. The pain behind the words, “Missed call kina uthaidis?”

Then came the age of power cards. The additional money you paid to reduce your tariff rates. It was sooner followed by “Aircell to Aircell free” and its avatars with other service providers. Happiness was, “it is a match” in the sim card.

We paid for talk time and we paid separately for data. The only instant messaging service we knew, perhaps was Yahoo Messenger and you paid twenty rupees for one hour in the Internet Cafe.

The advent of Androids brought forth the age of Applications. We were introduced to WhatsApp. Courage was the tap on a blurred attachment that was anything more than 4MB. But the Apocalyptic Horseman was yet to trot in. With the fulness of time, it did come like a whirlwind and all hell broke loose. We reaped in a certain good way the benefits of a market economy.

All the generations embedded in this progress began to evolve in mysterious ways. With so much information easily accessible to us at the palm of our hands, the Gorkhali generosity began to prod its head in our technological subculture. Everyone wants to share. Every post on Facebook, every video on Whatsapp, every ‘BREAKING NEWS’ circulating over the dataspace. We are the Forward Generation.

We feed on clickbait. With the strength we gain from it, we engage in keyboard warfare. Our medals are the ‘Likes’ we accumulate on social media platforms. In reality, we are the slaves of sensational journalism, the unwitting minions of highly cunning political masters. Our moral vocabulary is oblivious to terms such as verification, cross-checking, rationality, and sense. As long as it is on the internet we believe that it is true, and as long as we have access to data, we will forward it to the hundred and twenty contacts on our list. We are the Forward Generation.