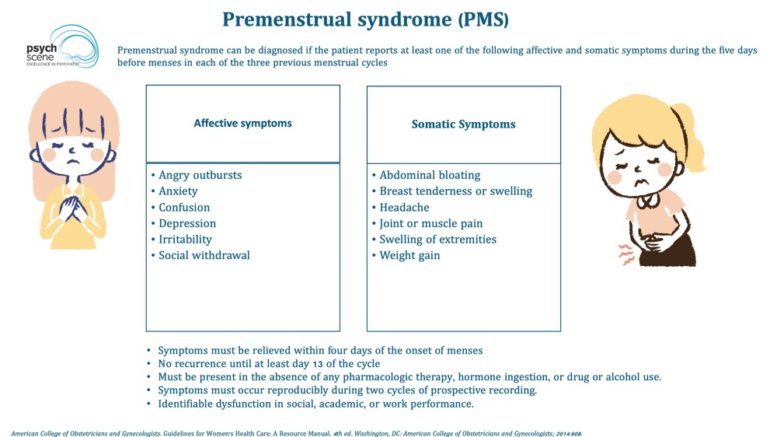 
The understanding of PMS & PMDD has only been limited to as being an inevitable and ever so common phenomenon amongst women, where they become “overtly emotional and unreasonable” and are considered ‘nothing’ more than a hormonal change before her menstruation.  Well, that’s how we have limited any discussions over it altogether.

I woke up that morning to a rush of anxiety and a feeling of anxiousness. My head felt heavy and my stomach ached. Just the previous night, I had slept off feeling very content after having completed my task, which I had been keeping off for a while. There was nothing that had been bothering me lately and I found myself mostly in a good positive spirit.

Therefore, this profound burst of pain both physical and emotional took me by surprise and told me otherwise. It took me a while to decide on choosing to avoid the entire situation, and proceed instead, with my healthy morning ritual.  As my mornings include meditation for a good 15mins, I went forward with the hope of overcoming the situation altogether, but sadly to no avail.

Instead, I was met the entire day with constant headaches, nausea, and a sudden craving for oily food. The momentary relief brought by binging on junk food was only followed by nausea and a feeling of guilt. For a person like me, who never had experienced a real ‘bad headache’, this aching was almost akin to a constant hammering on the head. All I wanted was to find some space and time alone, and when doing so, I usually found myself bursting into tears. All of this with no specific reason to fall back to.

This continued for the next two days, only after which I realized that I had been actually entertaining the entire situation by avoiding its existence altogether. The situation had then accelerated to become just too strong and challenging both emotionally and physically, to be brushed under the rug anymore.

SEE ALSO:  Non-Implementation of Ayushman Bharat in West Bengal is a Crime Against the Marginalized ﻿
Powered by Inline Related Posts

The morning of 28th May 2021, just a few days after undergoing the agony, the news app popped; “Day of Menstrual Hygiene”.  How would I have known about such a day without the news and social media notifying me? As much as we dedicate a day and talk about the importance of menstrual hygiene, have we ever considered discussing freely Premenstrual Syndrome let alone Premenstrual Dysphoric Disorder? PMS or PMDD, a.k.a ‘PMSing’ which is as much a part and process of female menstruation, has been a subject of minimal attention and discussion.

This short abbreviation PMS and PMDD has worked as a self-explanatory term which puts an end to any further discussions over the topic. The understanding of PMS and PMDD has only been limited to, as being an inevitable and ever so common phenomenon amongst women, where they become ‘overtly emotional and unreasonable’ and are considered ‘nothing’ more than a hormonal change before her menstruation.  Well, that’s how we have limited any discussions over it altogether. While doing so, we have also been avoiding the severity of PMDD, amongst women.

The Annals of General Psychiatry defines Premenstrual syndrome as a cluster of emotional, physical, and behavioral symptoms that arise around the end of the luteal phase and disperses with the beginning of menstruation or briefly thereafter. This is due to the rise or fall in estrogen, progesterone, cortical, and serotonin levels. The symptoms that occur a week or two before menstruation may cause tender breasts, bloating, irritability, anxiety, and in few cases depression as well. 90 percent of women of reproductive age experience several variations of PMS symptoms.

Premenstrual dysphoric disorder (PMDD) is a condition more severe than PMS, where a woman has severe depression symptoms, irritability, and mood swings before her menstruation. 2–8 percent of women suffer from PMDD. It has also met a classification code as a gynecological, and not a mental disease in the WHO’s new International Classification of Diseases, International Classification of Disease (ICD)-11. While most are only aware of PMS symptoms, women most often misrecognize their PMDD as PMS. However, it is pivotal to take note that PMDD is actually 10 times more in its intensity than PMS, with its symptoms lasting for over a month prior to one’s menstruation.

Premenstrual syndrome and premenstrual dysphoric disorder have been viewed from medical, social, and psychological perspectives. A rather polarized debate has emerged from them. However, what does remain common is that none has regarded it as important to be viewed from the lived experiences of women. Therefore, it is important to shift the attention rather on how women experience and live with their symptoms, prior to their menstruation.

We find a large number of women, who are still confused about their emotional upheavals, few of whom according to Annals of General Psychiatry even undergo the wrong diagnoses which are often met with the heavy or wrong medication. Even to date, women tend to ignore the symptoms, not realizing that doing so only further impacts them both mentally and physically. In a society that still hesitates any open conversations revolving around female menstruation, it still remains a challenge for women to recognize, educate and manage PMS and PMDD.

A large number of women lead their entire lives overlooking severe symptoms of PMDD, which require a higher level of attention and understanding from the individual while undergoing the same.  Therefore, recognizing, accepting, discussing, and acquiring knowledge, is of utmost importance for better management. This will end all misunderstandings and negativity surrounding the idea.

Different women have different experiences. In my case, it took me a while to even recognize the symptoms of PMS, as it was my first such severe experience.

You only acquire a higher level of premenstrual coping when you recognize and position your emotions as being worthy of attention and free of judgments from your surroundings. Track all your symptoms and plan out what works best according to you, so as to manage it well. Eventually, you are your best guide. Tracking the relationship between your emotional turmoil and menstrual cycle is also crucial to fully understand your symptoms, and work on tackling them accordingly.

It is equally important to seek emotional support and feel heard from people you count on. At the same time, rather than the temptation of falling back on medication (which always comes with side effects), it is essential to inculcate good healthy eating habits, light exercises, staying hydrated, having a good sleep, and above all being easy on yourself. Do not try to avoid, resist or run away from the situation, given how we are accustomed to treating our emotions and feelings. Define and make sense of both your physical and mental experiences, as experiences, identity and emotions are what we are a culmination of.

Premenstrual syndrome is inevitable, but you do not have to feel alone or ‘silence the self’. Don’t assume that how you feel, is not worth investigating. Speak up and share how you’ve been managing and tackling the situation, which would definitely help many of us.

Really! It does not have to be unbearable.

Writes: Rinzing Ongmu Sherpa. She is a Doctoral Candidate at Jawaharlal Nehru University, New Delhi. She is a resident of Pelling, West Sikkim.

Letter To The Editor, Local, VoxPop, Wake Up !!!

MOUNTAINS AND MOLEHILLS: Abysmal Health Infrastructure in the Hills

PERIODS: THE A TO Z GUIDE FOR GIRLS AND BOYS

Be the first to comment on "Why ‘Silence the Self’: Let’s Talk About our PMS & PMDD"