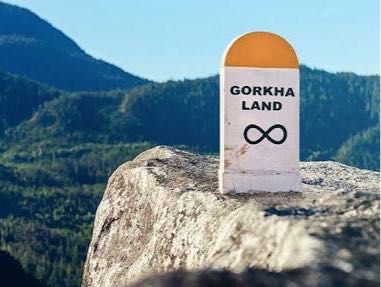 With the General Elections on the horizon, the political atmosphere in the hills is slowly warming up. However, the hill people are all left guessing as to who should they vote for the highest legislative body of the country this time around. Since the two heavyweights MPs from BJP failed to convey the aspirations of the hills at the highest forum of democracy, Parliament, compounded by the pangs of last year’s aborted statehood agitation lasting 105 days, the emotive agenda of own state seems to have taken back seat with no principal hill political parties coming out clear in their stand.

Notwithstanding the failed agitation, there is no denying the fact that demand for more autonomy is one of the most controversial issues of the Indian federalism. India, on account of its historical background and diverse culture, is always subjected to the centripetal and centrifugal forces that cause strain on the monolithic structure of the nation that so proudly claims to be the shining example of democracy with unity in diversity.

Parochialism, casteism, linguism all have fissiparous tendencies and have persisted all along the history of our society. However while dealing with the regional autonomy issues, the rights of the people that mark the principle of autonomy have to be accorded constitutional status. Resources belong to people, so local government institutions, panchayats, autonomous councils should be given substantive financial and political autonomy.

It must never be borne in mind that violence associated with movements for autonomy originates with state repression and denial of rights. It is important to break the cycle of violence by way of exploring alternatives like dialogue.

SEE ALSO:  Reflections in the Times of COVID19
Powered by Inline Related Posts

Since any demand for autonomy shows some degree of negotiability, following questions merit our attention whole dealing with statehood issue like ours:- How grant of autonomy can become part of a government exercise in administering inter-ethnic and inter-regional relations? Is autonomy necessarily tinged with the idea of nation and national identity? Can the ethnic accords on a grant of autonomy be regarded as “moment of recognition” of ethnic diversities? How is one to judge state policies on forest rights, land rights, customary rights, local government rights?

While democracy in practice should bring in a notion of shared sovereignty and autonomy, autonomy movements must ensure the widest recognition of democracy. Our people should tread more cautiously avoiding pitfalls that have time and again spelled doom to our regional aspirations, else our dream shall remain the only pipedream.

Martyrs’ Families to Receive Compensation Only After Martyrs’ Sacrifice Honoured

Be the first to comment on "Whither Statehood Agenda – Gorkhaland"