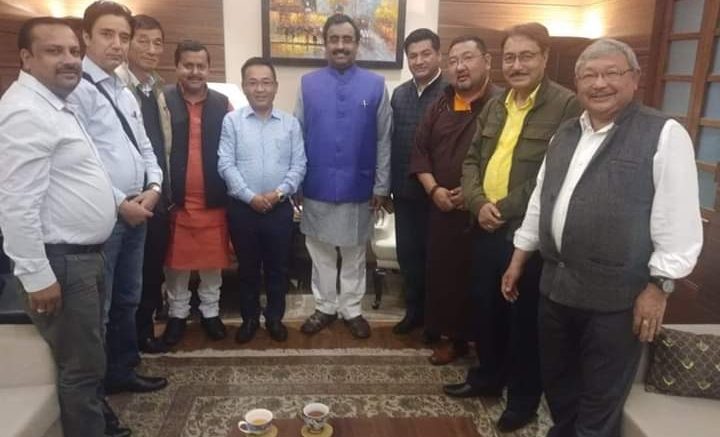 
The BJP is redrawing political equations in Sikkim for the state assembly polls and the Lok Sabha elections, which will happen simultaneously. It has decided to dump the ruling Sikkim Democratic Front (SDF) and finalise an alliance with the PS Goley-led Sikkim Krantikari Morcha (SKM), the main opposition party in the state.

The alliance was forged at a meeting between Mr Goley and Ram Madhav, BJP national general secretary and Northeast in-charge, in New Delhi.

News agency PTI quoted BJP’s Sikkim in-charge Nitin Nabin as saying that the two parties will announce details of seat-sharing soon. “The two parties have decided to form an alliance for the upcoming assembly and Lok Sabha polls in Sikkim,” he told PTI over the phone from New Delhi.

Sikkim, with an assembly strength of 32, has been led by Chief Minister Pawan Kumar Chamling of the SDF since 1994. This has earned Mr Chamling the distinction of being the longest serving chief minister in the country.

The alliance presents both the SKM and the BJP with a win-win situation. Although the SKM had won 10 seats in the last assembly polls, seven of them later defected to the ruling SDF while Mr Golay was disqualified from assembly membership in 2016 after his conviction in a corruption case.

The BJP, for its part, sees this as an opportunity to make inroads into the Himalayan state.

The SDF, which was a member of the National Democratic Alliance as well as the BJP-led Northeast Democratic Alliance (NEDA), lays claim to 29 seats in the Sikkim assembly as well as the state’s Lok Sabha constituency. Earlier, there were indications that the BJP would tie up with a newly formed political party – Hamro Sikkim – led by footballer turned politician Bhaichung Bhutia.

(With inputs from PTI)

To the Selfless Samaritan From Sikkim

The Changing Waves of Politics in Darjeeling