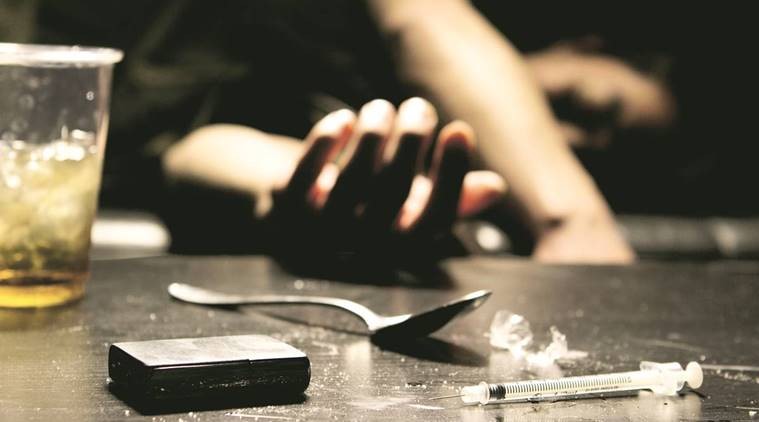 The menace of drug abuse, if not controlled today will ruin our coming generations


Intricacies of Drug Abuse – is a follow up to my first write up on drug abuse titled-“drug abuse and learning outcomes- a definite link” was just a concern to express my sincere perspective over the menace of substance abuse that has not only penetrated our society but leading our society towards  irreparable mess. I know less about the technicalities of its biological damage but I am worried over the social, economical, emotional causes and consequences the society is facing. Largely, the extent to which substance abuse has affected the youth especially the school going children is alarming and needs an imperative action plan to combat this life taking evil.

Parents and the civil society

Children are the future of our  nation and this expectation has been the sole motivational factor since ages. We have been shouldering them to build a healthy nation wherein they can shape their personality and live a meaningful life. But considering the deteriorating social scenario of our society and the changing behavioural traits in youths I can see our society dying in spite of its immortal age. I reiterate what I had mentioned in my previous write up, that what we lack in our endeavour to combat this issue is vigilance and intervention.

It is seen that we as a civil society and parents have failed to be vigilant.  Being vigilant here is to know what our children are doing. Where are they going and with whom are they spending their leisure time. As parents we must know our child and their changing behaviour. It’s quite obvious we might say that we all don’t have time earning our living but how can we let go our children out of hand and see them die while they live. It’s worrisome to see that our civil society is proving themselves blind and not see things so visible. What do I mean by intervention? We must speak up and say no even if it is not bothering you. The concept of collective responsibility has lost its essence.

Time has changed and so has our social and economic parameters. Now all we want is what Bentham has said “greatest happiness of greatest number”. With the increase in social and economic liabilities the responsibility of the children are increasing simultaneously. The parents and the civil society axiomatically have set high goals for these children. The burden of achieving the highly set goal by their parents and the society has inculcated in them mental stress and a fear psychosis of failing. Low self esteem and emotional imbalances are major factors reported in school interrogation while counselling the substance users. How vigilant are we? Do we intervene?

There are cases in schools where a child has confessed her reasons for substance abuse. As she confesses” I fell in love when I was in class VIII. I loved him a lot and we wanted to get married. One day my parents came to know about our relationship and also that I was in love with a boy who happened to be a schedule caste. We were told to separate but we could not. It so happened that he committed suicide and I too tried the same. With this pain I started getting involved in substance abuse. I get these suicidal tendencies every time.” It’s sad to know that even her parents have discarded her but fortunately she is now rehabilitated. There may be many such stories and many more struggling to balance their emotions hiding their vulnerability.

Are we realizing that issues like relationship and emotional conflict management are important as the part of learning outcomes? It’s high time, talk to them, know their emotions before it’s too late. It is to be noted that relationship and substance is just one factor. Another important factor that has been a major reason behind substance abuse is family discord or family distortion. Family discord is the unhealthy relationship between the mother and the father in which the child is not able to manage him or herself. The child is so frustrated and traumatic that the child becomes vulnerable to substance abuse. Now what do I mean by family distortion is that the child is either living with a step mother or step father or only with a mother or a father. We might call this common culture these days but in between we are losing a child. We are losing the future of the child. We are losing their right to live a happy and a meaningful life.

Are we responsible parents? Are we a part of responsible civil society? Is every school and every teacher taking up responsibility? It’s high time we pull up our socks and get ourselves on our toes if we want to see every flower that we have sown blossom and spread its fragrance.

We live in a beautiful state with a very manageable population to administer. No problem is a problem unless ignored and overlooked. Having said so it is also visible that all the stake holders are exhibiting and expediting their plans and effort to combat this drug menace in the state. But the only concern is, are we receiving the result as expected or as the way we are fetching for it. Is it not wise to come up with a case study of model that is being followed in other states and countries and see the feasibility of it being implemented in our state.

One such model if we can look upon is the model that is being practiced in Iceland. Iceland is a small country with a population of 3.38 lakhs (2017) .If we see the history of Iceland, this country had topped the highest drinking and drugs users kid in Europe. It is said that every streets in this country was filled with drug addicts and people feared coming out on the streets at night. But as Gudberg Jonsson a local psychologist and Harvey Milkman psychology professor from USA came out with a model called “self discovery” which  transformed it’s youth into sportsperson(the world cup performance is evident) and professionals who’s contribution has changed the image of Iceland as a country with cleanest living youths.

Writes: Bishal Darnal. He works as a Post-Graduate Teacher (Political Science) in Government Modern Senior Secondary School in Gangtok, Sikkim. He is also associated with an organisation called SAATHI (Sikkim Against Addiction Toward Healthy India). His interest includes poetry and music.

Be the first to comment on "Intricacies of Drug Abuse"