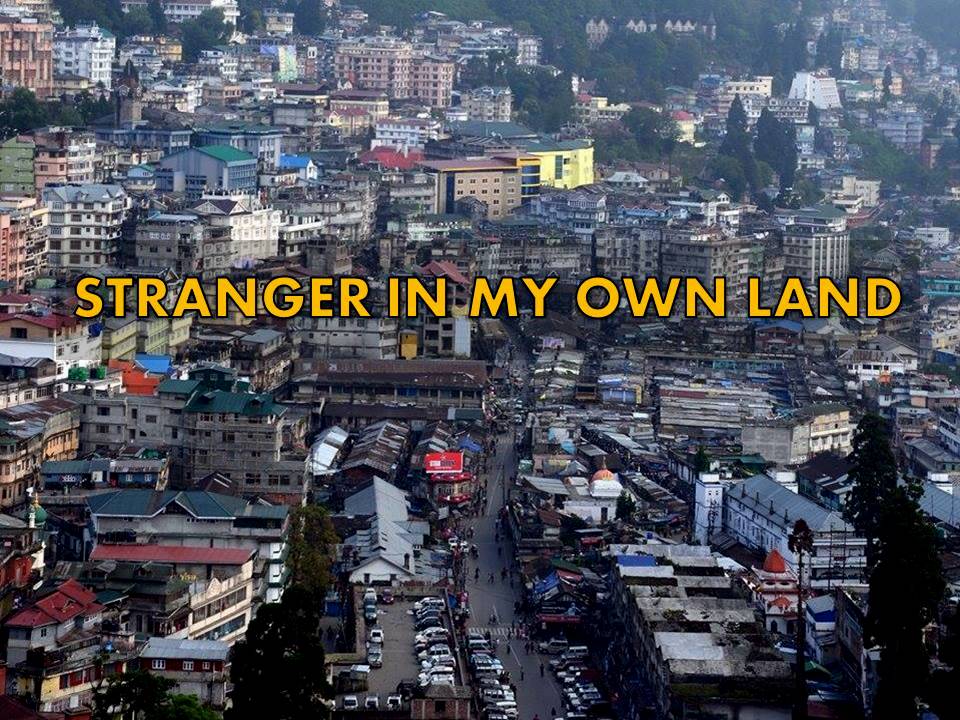 Darjeeling - can it sustain thus?

“My father was an affluent businessman in Amritsar. His brother exhorted him to relocate to Lahore where the rest of the family were based. In those days, it was easy to move from one city to another – and so we did. … Two months later we were back in Amritsar, standing in queues for food and sleeping in tents. We had become refugees in our own hometown.”

When Mr Kapahi Sr. told me about his family’s post Partition story, it was difficult for me to comprehend what they went through. Imagine becoming outsiders in your backyard!

Well, those days are not far away when our own people will find themselves in a similar situation.

Darjeeling is no longer the same place I grew up in. Back then, everybody knew everybody, so much so that my father could trace any person back to his village and family just by asking a few questions – whether that person belonged to Kalimpong or Darjeeling. Without fail he would zero in with the precision that we now find only in Google Maps. “Falana ko ghar dekhin kahan parcha <how far from so-and-so’s house>?” he once asked a friend from Kalimpong when he was visiting me in Delhi. “Falana chai merai mama hunu huncha <so-and-so is my maternal uncle,” came the response!

Today, when I go back, I am surprised to see so many strangers settled in my own neighbourhood. There is an entire row called “Patna Line” – essentially masons and carpenters from Islampur area. They used to be seasonal workers when I was growing up in Darjeeling. Now they are permanent residents.

I was forced to leave Darjeeling because the agitation of the ’80s played havoc with students’ lives. My own brother spent two extra years in college when “victimization by NBU” resulted in entire classes failing to make it to the next grade. In the years that followed, going outside to complete one’s education became the norm. It was a sort of unintentional brain drain. The youth migrated to the metros or even abroad in droves. And seldom came back. In hindsight, it was a catastrophic exodus.

First went the youth; then went the jobs. Strikes in the hills were used as an excuse by the administration to move offices to Siliguri. Hill-based government employees grudgingly relocated, or commuted. I once shared a cab with a gentleman who travels to Siliguri every morning and returns home at night. But that is his job, one might argue. How about commuting to Siliguri to get minor official work done? Not a pleasant thought, given the lack of efficiency with which they work. Recently, I had a harrowing experience at the regional passport office (RPO) in Siliguri, where two extremely rude officials not only wasted half my day, but also treated me like they would treat an uneducated, lesser being. Would we have to endure such behavior if the RPO had been located in Darjeeling town? Worryingly, there is no doubt that new recruitments into these relocated offices will not be filled by people from Darjeeling. Our people will continue to suffer the heat and the unpleasantness. Not to mention depleting job prospects for the youth.

While the youth and jobs have already flown out of town, there is a new trend – partially relocating to flats in Siliguri. Ask any of these thousands of families whether they feel at home in Siliguri, or if they are made to feel welcome by the locals at all? Therein lies the answer to where we stand.

There will come a time when our people will become minorities in our own home ground. Labourers in bustees have already been replaced by seasonal workers who come during harvest season. Local carpenters, masons and blue collar workers have been completely replaced by migrants from the borders close to Bangladesh. There will come a time when unviable minimum wages will force tea garden workers out, only to be replaced by outsiders. And there are disturbing reports of Rohingyas being encouraged to make our hills their settlement.

In states like Sikkim and Himachal Pradesh, outsiders cannot buy property. This not only helps retain the demographic fabric, but keeps intact and alive the language, culture and traditions of the place. Sadly, one cannot say the same about the future of Darjeeling.

Wake up, people! Stop selling your properties to outsiders. Else our future generations may not have a place to call home and land to dig roots in.

6 Comments on "STRANGER IN MY OWN LAND"