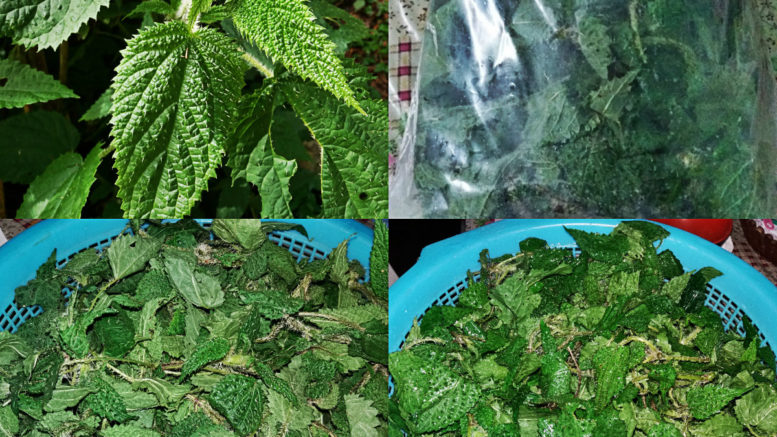 
Mountains are hotspots of bio-resource and cultural diversity as well important sites of traditional cultural knowledge. Mountain provides various Ecosystem services to the rural native communities living in the Himalayan region. Darjeeling-Sikkim Himalaya marks the beginning of the Eastern Himalayas. The confluence of biological diversity with its complex topography, high humidity along with its diverse physiographic and varying climatic zones, has contributed to the occurrence of large diversities of bio-resources. The Mountain services (MSs) can provide a wide range of benefits for human well-being, including provisioning, regulating, supporting, and cultural services.

Among the four services, wild edibles are considered as key provisioning services. The rich plant diversity of the Eastern Himalaya is utilized by the native communities in various forms as medicine, edible/food, etc. Among these, wild edible plants from an important source as a supplement/substitute food in times of scarcity for native communities. Because landholdings are small and subsistence agriculture prevails, the natives gather many wild plants for food. The edible wild plants are greatly valued throughout the Himalayan region and served as an important source of food for local communities. Edible wild plants a rich bio-resource of Darjeeling-Sikkim Himalayas, supplement the local diet of many rural communities. The ethnic people of Darjeeling-Sikkim Himalayas consume roots, tubers, rhizomes, leaves, and fruits of wild and non-cultivated edibles plants for food, pickle, medicinal and cultural purposes. Some of them sell wild edibles in nearby markets, which are in high demand among the local consumers.

A significant portion of people of Darjeeling-Sikkim Himalaya depends on seasonal wild plants as vegetables for self-consumption as well as for marketing purpose. The most known common wild edibles that supplemented in the local diet of native communities in Darjeeling-Sikkim Himalaya are Sishnu(Urticadioica, Stinging nettle), Bamboo shoots (Bambusa vulgarisandPhyllostachysedulis), Ningro(Matteucciastruthiopteris), Nakima (Tupistranutans), Chingfing(Heracleumnepalense), BoKetimbur (Zanthoxylum alatum), wild mushroom, Titey, Katus, Thotney, Sishnu (Urticadioica, Stinging nettle) belong to family Urlicaceae, commonly known as sishnu is found up to 9000ft throughout the Himalayas of Darjeeling-Sikkim in all seasons. Young leaves are taken as vegetables as well as soup. It has a very strong medicinal value and has heavy demand in the local markets.

Bamboo shoots (Bambusavulgaris and Phyllostachysedulis), or bamboo sprouts locally known as (Taba) in the Nepali community. They are hard on the outside and soft, faintly sweet, and quite crisp inside. For centuries, shoots have been a part of many dishes in the Eastern Himalaya region including Darjeeling-Sikkim Himalaya. It can be found up to 8000ft and it has also some medicinal values.

Nakima (Tupistranutans) belongs to the Liliaceae family, are flowering wild plants. It is cultivated throughout Darjeeling-Sikkim and cultivated in temperate climates. The inflorescence is of attractive color, shape, and size. It is mostly found in moist and shady places. It is commonly seen during the month of August to October and also available in the local markets. Its inflorescence is used as curry, spicy vegetable, as well as for medicinal purposes also. It is very popular among local communities of Darjeeling-Sikkim region.

Ningro (Matteucciastruthiopteris) belongs to the Athyriaceae family and is found up to 8000ft. It is usually found in the months between March-December. Young fronds are eaten as vegetables some times mixed with vegetables.

Chingfing (Heracleumnepalense) is a very known wild edible among the local native of Darjeeling-Sikkim plant is used as a digestive, an aphrodisiac, a carminative, and an antidiarrheal in folk medicine. The fruit of the plant is used in a local recipe for making a lip-smacking chutney. It can be found up to 7000ft. in the entire Darjeeling-Sikkim Himalaya.

Darjeeling-Sikkim Himalaya is one of the rich diverse areas of Eastern Himalaya in terms of biodiversity, geo-ecological, flora, fauna, and indigenous people. Wild edibles have been eaten by mankind since time immemorial and play a significant role in the subsistence livelihood of rural communities. Bio-resources not only help in sustaining the livelihoods of rural communities but also preserves cultural and religious values.

We all need to strive to protect and promote our local edibles, this will not only help us keep our traditions alive but also provide an important source of food security to the mountain communities.