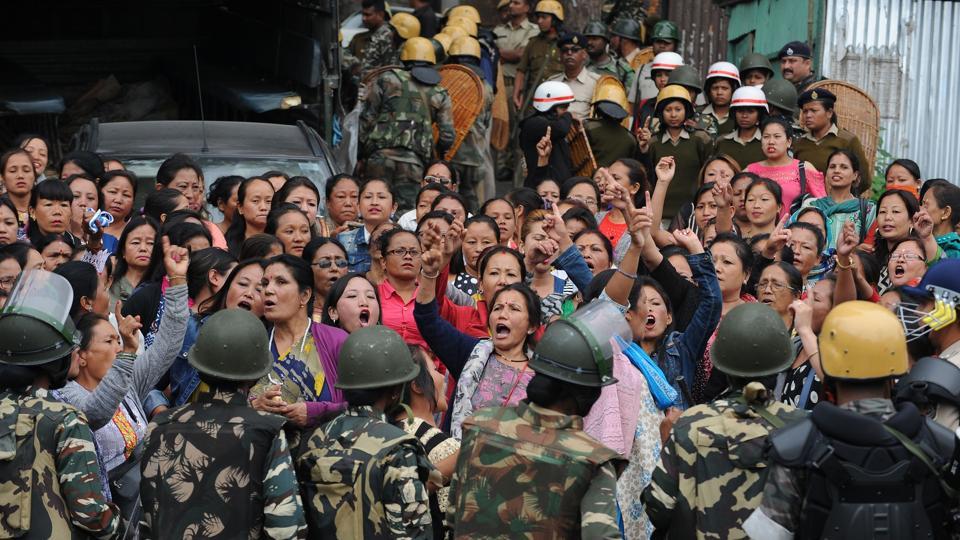 What’sApp messages have been pouring in since morning wishing me “Happy Women’s Day”. Wishes with inspiring, brilliant quotes eulogizing women’s’ success or some kind of “hum-kisi-se-kam-nehi” depiction of us and our relative successes. The messages are almost like reminders, reminding us of how compassionate, beautiful, caring, intelligent and unique women are. Nonetheless, a great way to start-off a day, feel good, receive more wishes, forward them robotically and then, perhaps, forget it. Tomorrow it will be some other “day”. And we will continue to flood or get flooded by the forwards.

However, today’s messages have inadvertently opened some wounds that I have with great difficulty suppressed or ignored for the past couple of months. Wounds of a different kind – inflicted by non-other than we – women ourselves, consciously or unconsciously.

Take a look at our brethren Momota and the violence she unleashed on us, that didn’t even spare a lactating mother – Manita Thami; nor a 70 year old woman – Dhana Badi, nor a young single mother of two – Srijana Tamang. These are just a few names – many nameless, faceless women are still languishing in jails as we forward women’s day wishes. May be there is some weight when people say ‘women are women’s worst enemy’ – for only we can perhaps destroy each other by our indifference and silence or by our choices.

Therefore, what was more damaging than Momota’s actions was this very silence/indifference (of-course their choice) from our powerful, known few who could and should have raised their voice when common women within Darjeeling region were subject to harassment, violence, threats and intimidation – transcending “their” party affiliation, politics and personal resentments last year. Not that we have a large number of women who can actually raise their voice and bring about change but an attempt, irrespective of outcome should have been the right course of action THEN.

SEE ALSO:  The Fault In Our Stars Or Us?
Powered by Inline Related Posts

I wonder what had gone through the minds of Mrs. Bharati Tamang, ABGL President or even the newly appointed Rajya Sabha Member Mrs. Shanta Chettri when our women were roughed up and taken down to Siliguri rata-raat? In all good faith, I even wonder where our very much loved, and very articulate Miss Dunn was, who has worked tirelessly on women centric issues and who has never sighed off from speaking her mind? Is the suffering of women some party based issue? Is it some ideological issues? Is it limited to some geographical areas or community?

Forget about the “worse” half today, Darjeeling burned in silence without even a condemnation (forget actions) from a handful of our veteran women from Darjeeling, who have in the past and even today, keep raising multiple issues but of their choices.

Far away in Delhi, we had an emerging woman, who in a relatively short period of time was considered the crusader or champion of the Gorkhaland cause – Vandana Rai. Vandana in a short while became the voice of the Gorkhas in Delhi, but becoming the voice of the women from Darjeeling Hills who were suffering was still a far cry. Infact, her convenient disappearance post mountains of accusation from her own colleagues has done little to highlight or even help our women related issues here. Her work in combating trafficking issues and her RSS affiliation haven’t helped much.

Today the two new besties –Binita Lepcha and Anjani Sharma Bhujel, Vandana’s former colleagues, are desperately trying to mobilize or create or display (I am not sure which one through) solidarity for Gorkhaland issues in a myriad of ways. Anjani’s random visits lately to meet some of the jailed women or their families, including the martyrs families is commendable but the cynical me yet again questions their timing and the agenda behind such overt displays. Further, their GSSS background and the nasty fallout they had with Vandana Rai leaves me little room to see such actions actually helping our women here in the Hills.

Let us also not forget the few, working at prominent (that’s what most of the people say) print media houses like Indian Express, Hindustan Times, The Telegraph, etc., who have had the mighty pen to expose and highlight the sufferings of our women, their pain, their loses, etc., yet the power of words were used just to settle personal scores with the ruling local party or their diverging beliefs with the same – completely overseeing the urgency of other pending issues. Their visible hatred for some individual or some party have blinded them so much that their entire pen ups have been about exposing the already flawed individual or party, but the unintended (collateral) sufferings that women had to go through.

The bottom line is, we have failed miserably in protecting our own kind in our own front-yards, in our own homes, in our own place. On one hand, blame it on patriarchy or whatever you may want to, we already have an extremely small number of women who can today influence, challenge or denounce a discourse, a narrative, an incident, etc. The few names mentioned here for various reasons are a part of that small number of women – privileged, empowered and influential in their own relative ways to have made an effort for change, to raise their voice – if not for political issues, as women against the sufferings caused to another women. But most of you have failed our own kind in Darjeeling and this is precisely why, today, these reminders of how great we are holds little significance to me.

The notions of power, uniqueness, beauty, intelligence and success associated with women that is today being celebrated is hollow when we have lost our fundamental ability to be compassionate and fight.

Women are inherent fighters. Right from our birth we have had to fight to survive. Many lose the battle in the womb itself. As we grow we fight patriarchy, gender discrimination and inequality (O Lord what not?) and the fight never ends. Don’t forget the husbands and the deadly package that comes with him. Our fight has never ceased in every other fronts, then why did it stop for our ownselves?

On this women’s day, let us think and reflect on our past actions and endeavor to fight for each other – let us women of Darjeeling region act and think like a block – a women’s block that will transcend party politics. A block that will in unison voice against any kind of pain or sufferings, particularly that we, as women as inflicted upon be it domestic or political. Look around us – the “worst-half-lot” (the males) have till date not been able to achieve the unity – let us be better than them. Remember, we are the ones who bind the family, why not bind ourselves as well.