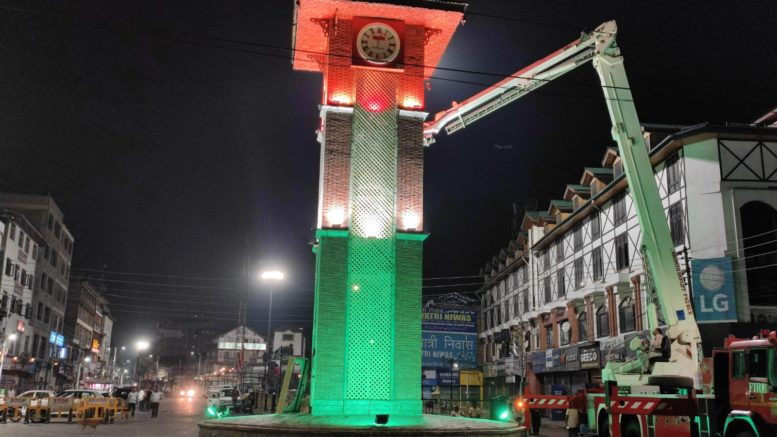 
It has been two years since the present, PM Modi led the NDA government on 5th August 2019, took a historical move by revoking decades-long controversial Article 370 and Article 35A in Jammu & Kashmir (J&K). All said and done, most importantly, the move ensured everyone in J&K come at par with the rest of the nation by securing all the rights and privileges accessible to the citizens of the country. The articles proved to be an inhibitor to the growth and development of the region, and with its annulment, the region is witnessing a rapid pace of all-around growth and development.

Although with regard to the overall political situation in Kashmir valley, some might argue that it has been a slow and long path since the abrogation of disputed articles, the recent all-party meeting in New Delhi on June 24th, 2021 with PM Modi has given new hopes to all the stakeholders. However, at present, the centre is looking forward to starting the next level of political transition- assembly elections- in the UT and seek support for the legitimacy of the delimitation process.

Amidst all this, it is hard to overlook the positive changes in the social and economical fronts since the abrogation of the disputed articles. Gender equality, equal rights to West Pakistan refugees (WPR) along with equal rights to SC, ST, and other backward sections of society have become major tools for development.

With regard to gender equality, things have changed a lot, wherein never to be thought of opportunities, have opened up for women in the region in a safer environment towards personal and social development. Now, every Kashmiri women are at par with Kashmiri men as their ‘State Subject Status’ along with their right to property are in safe hands.

Looking at the refugees from West Pakistan, who were earlier been deprived of the citizenship of the state and were not issued the permanent resident certificate (PRC). Similarly, the sanitation workers brought in the state in 1953 to quell protests were also deprived of their citizenship rights. The Abrogation of Article 370 ushered in a new ray of hope for these two marginalized sections of the society by providing them citizenship.

In this ‘changing Kashmir’, the youth have moved far from the ‘stone-pelting Fridays’ to talks of education, business, and development. The unemployment rate has reduced significantly, wherein thousands of young aspiring entrepreneurs are taking advantage of the government’s financial support. The central government has also taken stern steps in establishing premium Indian educational institutes like IIT, IIM, and AIIMS in the region for the betterment of youth and to channelize them towards education.

With regard to mega projects in the erstwhile state, the central government has sanctioned funds, which is essential for fast and sustained development in the region. As many as 15 power projects were inaugurated and the foundation stone for 20 others worth Rupees ten thousand crores were laid which will take the power production capacity of J&K to 20,000 MW. Separately, the Jammu Baramula Railway Line was fast-tracked and now is nearing its completion, wherein the world’s highest railway bridge over river Chenab is being made, considered to be an engineering marvel. Also on Jan 7, 2021, the central government gave approval for a mega industrial development project worth Rupees 28,400 crore for the UT.

Furthermore, the government has reiterated its focus on tourism for the land to be known as ‘heaven on earth’, by easing rules for both small businessmen and tourists on all fronts by approving a business revival package of Rupees 1,352.99 crore. The government also initiated the new Wool Processing, Handicrafts and Handloom Policy, 2020 to revive the horticulture and handicraft industries, which providing livelihood to about 30 lakh people directly and indirectly in Kashmir.

Moving our focus to terrorism, incidents of violence have reduced significantly in Kashmir valley. According to the MHA report, security forces have achieved major success against terrorists and that terror-related activity has been reduced to one-third in the valley after the abrogation of Article 370. There has been a 40% decrease of involvement of local youth of Kashmir valley who were brainwashed and made to take up arms against India.

Although the road from abrogation of Article 370 and Article 35A has been rough politically, due to many external and internal entities factoring in, the step of integration of people to people by revocation of the articles has proven to be a maiden step towards equality for citizens of J&K. This, not only ensures of providing equal rights to deprived sections, at par with citizens of rest of the country but has also proved to be a milestone in the assimilation of J&K with rest of India. This abrogation is acting as a foundation stone for the new J&K along with a bridge connecting the region with the rest of India in its truest sense.

Writes – Anoop Tamang. He is a Research Scholar of ICFAI University and can be contacted at annop2017@gmail.com

Be the first to comment on "Two Years Since Abrogation of Article 370: Kashmir Moves Forward to Development in its Truest Sense"