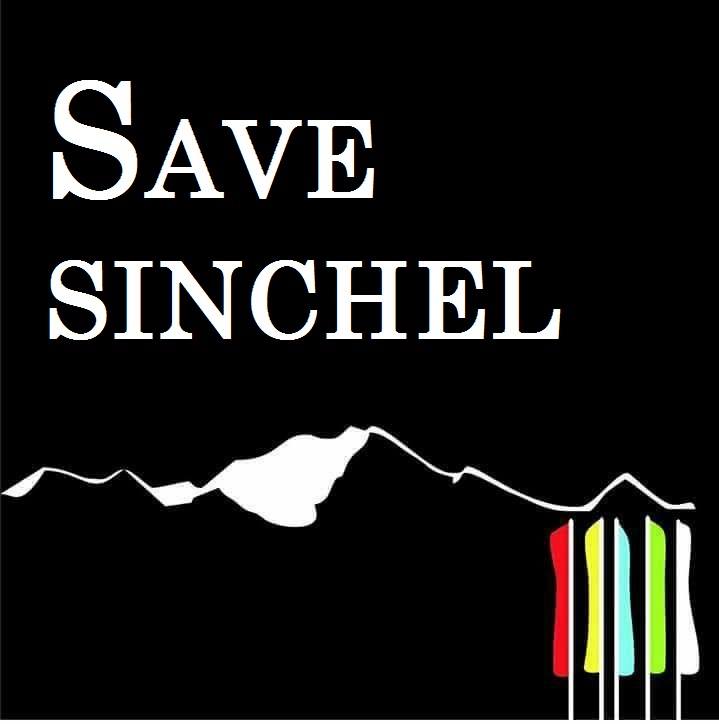 For the “others”, mainly comprising of travellers and tourists, Tiger Hill is the much talked about tourist point for the hypnotic sunrise from the Hill top, simultaneously followed by the unparalleled reddish-golden reflection of the dawning sun on the majestic Kanchenjunga. No other place(s) across the Darjeeling-Sikkim Himalaya offers such a complete, longest east to west view of the Himalayan range, allowing at times, a glimpse of the mighty Mount Everest – the worlds tallest mountain range on the west and the beginning of the Assam border on the east. So hustling in the 3am morning chill (provided the weather is clear), with sleepy eyes “they” travel to this hilltop in curiosity and excitement to get the most amazing view of their lifetime.

Now that is Tiger Hill for most of “them”.

But for us, Tiger Hill begins a few turns below this famous hilltop at the entrance to Sinchel (Singchel) Singha Devi Stan. The three big bells at the gate, the steep cold path leading to the Devi Stan and the massive rock protrusion that lead to the main “sacred stone” (which nowadays has been adorned by additional Moorties of Mata) stand as symbols of reverence and fear, particularly for those who live in and around the vicinity of the Sinchel Wildlife Sanctuary. The small pond opposite the main entrance gate (which now lies behind the Shiva and Hanuman Mandir) was/is a site of awe for we grew up hearing the famous story of how some British personnel, killed the only pair of mysterious swans that swam in the pond – then full of water – and ended up dead. We still revere that pond (that today barely has a few inches of water) equally like the main shrine and refrain from polluting. So much is our belief towards maintaining the sanctity of this place, I recall going for picnics in the meadows below the hilltop with my family and eating an all out vegetarian food. Just the fact that we were in the sacred abode of “Sinchel ko Devi Mata” made all of us adhere to a conscious/unconscious veneration towards the place.

Given this, Tiger Hill, for us has always been synonymous to Sinchel Singha Devi Stan or “Sinchel ko Singha Devi Mata – a place from where we have been articulating the fulfillment of our worldly “manokamanas” into the ears of Singha Devi Mata.

THE PAST
Going back to the history of this place, mostly based on the accounts of our elders (living in or near the Sinchel area for generations), the divine existence on the hilltop was first discovered by a “jhyakri” much before the British force established their cantonment atop Sinchel in 1844, following which the hill came be to considered the abode of Devi Durga. Says an old man, resident of Jorebunglow “Jhyakri le chai tyaha Devi cha bhanera bhaneko haray. Purkha dekhi hamile tyaha ko dhunga lai Mata Durga ko roop ma puja gari ayayko ho. Paila tah jhan bhir theyo tyo purai jaga. Ailay po mandir banayayra sajilo banako cha… a long long time ago a shaman informed the locals in Jorebunglow that this is a very pious place and is the abode of Devi Mata… since time immemorial we have prayed to the stones that were there as a form of Devi Durga… earlier there was a steep slope, today thankfully we have a proper temple, which has made it easier to pray…” The old man continues by saying that the name “Tiger Hill” was in fact a British construct. In the Hindu mythology, Singha (Tiger in English) is considered as Devi Durga’s “wahan (God’s companion)”- hence the hill and the hilltop came to be known as Singha-anchal and locally it is called Sinchel or Singchel.

In the earlier days, before the current Mandir infrastructures were constructed, people used to worship the main sacred stone by performing blood offering of animals such as goats – “bhog”. This practice came to an end in the 1960’s (1965/66 to be specific), when the renowned Zetah Rinpoche, during his stay at the Jorebunglow Gumpa, requested the locals to refrain from “kath marr” related blood offerings at the Devi Stan. The locals had unanimously obliged to Rimpoche’s request. A few who wanted to continue with the practice of offering “bhog” started to show the face of the animal at the main shrine but kill them at a distant place.

Another narrative that those who grew up and live(d) around the Sinchel area are accustomed to is the story of the stolen “ghanti and pital ko bhara kura”. Considered a true account, again much before India gained its independence, during the time of British, a man called Dhanay Sarki from Jorebunglow, in an inebriated state had stolen a bell and some bronze utensils from the shrine (dhunga ko oralh), which he sold to a Sang Dukpa from Jorebunglow itself. With the money, Dhanay Sarki drank himself to death over time. At his death, following the local tradition and custom, a group of men/guys took care of the dead body (rungnu) with khukuris. One such khukuri was placed near the dead body. The next morning, the dead man woke up, took up the khukuri, and went on an attack mode. He wounded a Bhurani Bahun, another resident of Jorebunglow, who in order to save himself had ran to home of one Bhindeswar. Bhindeswar, who was a forest collector, had at that time many labourers present at his home. The dead walking man was overcome by the labourers only after the dead man cut Bhindeswar’s hand while attacking Bhurani Bahun. Bhindeswar was later given the title of “Maharaj” for his bravery by the British Government. The dead man was finally laid to rest. Sang Dukpa too died a pathetic death by devouring on his own flesh. These events have only strengthened people’s reverence and fear towards the sacredness of Sinchel. It (re)affirmed people’s belief in the presence of Singha Devi Mata’s “being” on the hill and their devotion.

Much later, in 1986/87 the locals, particularly from Jorebunglow got together and pooled in money from their own pockets to build some infrastructure around the sacred stone shrine under the umbrella organization – Mandir Nirman Committee. Later the committee collected donations from all parts of Darjeeling, Terai, Dooars and Sikkim region and constructed the current building where we pray. Since 1990’s this Committee has transitioned to Mandir Sanchalan Committee and continues to take care of every aspect related to Singha Devi Stan.

Today, people from different faith from various parts of Darjeeling, head to Sinchel Devi Sthaan throughout the year and conduct pujas relating to their own faith. For instance, on the 16th of March, this year the Buddhist Monks conducted “Ayu ko Puja” and sought blessings from Lord Buddha, Guru Rimpoche and Sinchel Singha Devi Mata. However, the most awaited and celebrated event organized by the Mandir Sanchalan Committee is the 9 day long Ram Nawami puja, where in devotees from all over Darjeeling, Terai, Dooars, Sikkim, Nepal and Bhutan congregate to seek blessings from Sinchel Devi Mata, and coincidentally, it begins from today this year.

THE PRESENT
The new development initiatives in this sacred area proposed by the Government of West Bengal where in they are seeking to build four cottages, 20 double bedrooms and a 20-bed dormitory, has now touched the raw nerve of the local people. There has been wide spread concerns against such development interventions doing the rounds of social media. The main concerns revolve around environment such as protection of the forests and water sources that Sinchel is endowed with. Religious sentiments and its local attachment finds itself in the third category and THIS has been the sole reason why this article was the need of the hour.

SEE ALSO:  What's In A Name: Historical, Religious And Cultural Appropriation Underway In North Sikkim – Are You Even Aware?
Powered by Inline Related Posts

Even before there was the notion of “forest” (identified and categorized by the British), even before people discovered Sinchel as water reserve sources (again a British discovery), this hilltop had been a sacred and religious place. Nothing can and nothing should refute this sacred and religious fact. The sacredness of the place in-itself must be the core, fundamental rallying point to contest such development activities that are being undertaken there. Our beliefs associated with Singha Devi Stan (which is intangible) is entwined with our history and in no circumstance should this history of discovery, of reverence, of fear, of awe and of local narratives be disregarded in the name of development.

Saving Tiger Hill must not be overshadowed by environmental concerns. I am not saying environmental concerns do not matter, they do but in this Saving Sinchel is more than just some forest or water related issues. Saving Sinchel is saving our past, our history, the beliefs of our people, our mystical and spiritual stories, our reverence and veneration towards our place and our deities and much more. Saving Sinchel is saving our own self from the “outsider’s” impositions and appropriations that have absolutely no connection, no attachment and no empathy for us and our place.

As I urge people to come forward to protect our sacred place, I cannot help but recall a thought that used to constantly bug me while playing on the slopes of Tiger Hill, rolling leaves with “bukkey ful” as cigarettes… Did the entourage of vehicles plying tourists from all over the world to the hilltop, ever make a point to stop at the gate of Singha Devi Mata.

Save Sinchel! Save our “self”! Save our future generation!

CLEANING #DARJEELING: Tiger Hill Is So Filthy – No Thanks to The People Who Visit