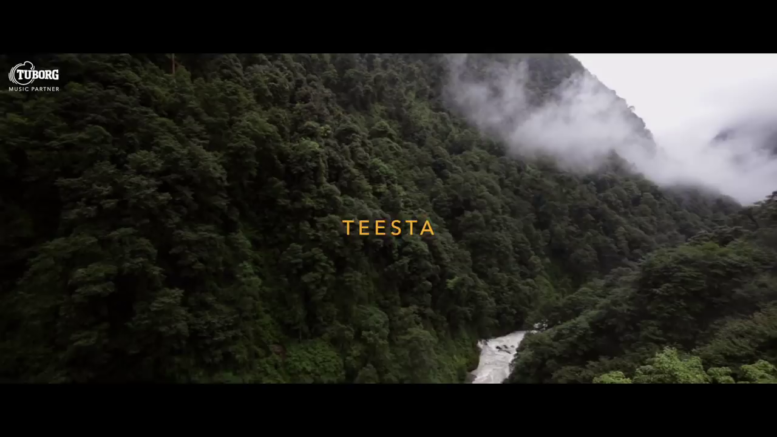 Bipul Chettri's Teesta - brings us closer to our roots.


My younger brother who also stays in another city shared the link of Bipul Chettri’s Teesta with me stating “tero buhari le pathako – your younger sister-in-law shared”.  As soon as I heard the song, I in my imagination, rushed back home, to a place where my brother and I share the same meal of Gundruk and Bhaat in the evening where pine trees in the hills of Delo or Tigerhill sway to the winds of Chaita.

I have won and I have won big, I do not remember what the competition was or against whom, but that was the feeling that I got after listening to the latest release by Bipul – the enigmatic phenomenon from our Darjeeling Himalayas.

The sounds of Tungna – a traditional instrument reverberating in reverence to the mighty mother that we – the people have always referred to as Tista Mai or Mother Teesta did something much more than entertain my ears. The song reminded me of a long lost memory of me and my brother going for a Swim at the Dobhan on hot summer days in my village back in the mountains.

The Marchunga with its tyaou tyaou jerks me back to a wakefulness that I had long forgotten. Like a Jhyakri – Shaman waking to his state of trance, the tyaou tyaou of the Marchunga draws every listener into the deeper depths of human celebration of the joy, that we know as Life.

Gorkhalis of Darjeeling have always been great lovers of music, from a child’s birth – right upto one’s old age there are songs to suit each and every age group, describing each. Like Budi ma Jati Sabailai the Tamang selo which teases younger girls by referring to the singers respectful fondness of the older women. This “Collective” that we today refer to as the Gorkhalis of Darjeeling have all been described in one word by Bipul’s lyrics “Geet”. This one word encapsulates all of that collective of songs and this community’s love for Music.  Phiroj Syangden to Adrian to Mantra of the new to the Steam Injuns of the mid, and also the Ambar Gurungs of the old.  This community’s love for music is unquestionable, and Bipul’s new song celebrates that love for me.

The Damphu at the beginning to the Sherpa Beats which accompany the drums all jostlethe essence of the hardships of life, not just due to the geography of our region, but also celebrates the People and their culture engaged in that space.

The mountain tops of Sandakphu, to the sharp ridges of Kurseong, to the valley below the Badarey Bhir of Kaleybung all resounds in the beats of the Damphu and drums of this song.

Maadal and Sarangi the duo which do not exist without each other like the original “Teesta Rangeet” Also come up in the lyrics and are the accompaniment to the dancers, who sway in the banks of the river Teesta itself.

Here I remember the numerous hill belles who have entertained generations of us with their graceful Sorathi, Maruni, and other dances during the festivals of Dashain and Tihar.

Staying in Kolkata for the last decade has taught me many things, but the most important of all of the life lessons that any city has offered me is the love and respect one should have for one’s own Land.

“Geet bani aayou…” seems such a powerful tribute to something that has been with us not just in our happiness but also sadness.  Every person from the Hills will realise instantly that in life they have at least once gone to the banks of the river for a family picnic or to also wash down the Aasthu of the loved ones who have passed away.

That alone should tell us the relationship that Teesta river has with each and every one of us.

Bipul’s song Teesta is a celebration of Life and all of the possibilities which the hills of Darjeeling, Kaleybung and Kurseong offer us.

All we need to do is, cherish it, care for it, and conserve it for the generations ahead.

‘For most of who have grown up on the hills that flank the river Teesta, she has been more than a collection of whirlpools and rapids. When friends and family who gathered to bid us farewell became tiny specks in the rear view mirror, the Teesta moved alongside all the way down to the plains. And when we returned, months or years later, she would be the first to welcome us home – gurgling, jumping and skipping like a young sibling who had missed us more than we missed her.

Sadly, unable to withstand the onslaught of progress of the recent years, the grand old lady isn’t what she used to be. More than half a dozen hydroelectric dams have reduced what was once a swift flowing Himalayan river into mere intervals of lifeless water bodies.

This song has been written in praise of the beauty she once was. Which our children may never ever see again. “

You can BUY the song online at:

A Betrayed Queen and the Union Territory of Darjeeling

HOW DARE YOU? An Open Letter to Narendra Damodardas Modi