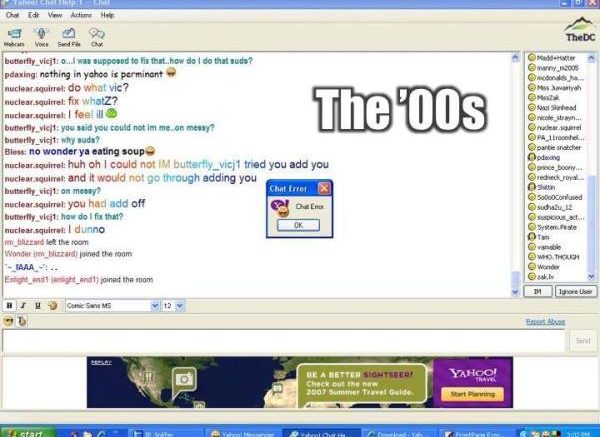 
If what’s written above, makes sense to you, then your youth was awesome… to those who are wondering what that title is all about, read on… maybe somewhere in this piece, you may find something you can relate to, and if you do relate… please share… spread some nostalgic cheer.

It has been a while since I last wrote; life happened… as our Darjeeling ko popular saying goes… “Dog no work do, no fursad have,” same thing happened to me… I was busy bitthama… that is, till a week back when an old friend dropped by out of the blue…

So, I dedicate this write-up to my technologically advanced friend… who at the end of the week went with my bau ko Tongba ko Dhungro, and left me his Tab… I am unable to figure out the tab properly… so my bhatij who is 8 years old is helping me learn how to use it…

This write-up is about technology, and how that has changed over the years… and even though this is specifically meant for the Darjeeling region, people in other places could also have gone through the same phases.

My earliest recollection of technology is a radio that was mounted on our kitchen wall. It was a small radio, just needed one nail to hold it in place. We had a bigger radio in our sitting-room, still, do, that’s bulky. Mom used to tell us how technology had changed from gramophone to bulky radio, to what was hanging in our kitchen a smaller version.

Sadly from my radio days, I cannot recollect much, I was much too young then… but I remember two programs from All India Radio (Akashwani Kharsang) which were my favourites. The 1st one, I guess was called “Sainik Sandesh,” in which those serving in the Army could relay their messages to their families directly. It was fun to listen to them… a typical message would go…

For those who cannot read Nepali here is the literal translation
“Namaste I am Rifleman 077232645 Sudan Limbu from 1/11 Gorkha Rifles… If anyone from my family or my village Sailung Dhura in Dabaipani is listening to this broadcast, please relay this message to my family… My Dhog to my Mom and Dad, and love to my beloved Sunthali… Ramey who lives below our house, his cow was about to give birth hope the birthing went well… please tell him to take unadulterated milk to our house… I heard that Antare from Aley Tar is no more, I felt really bad to hear that, I could not be present for his funeral, please convey my regrets to his family… I am fine and all my friends are doing well… Thank You and Jai Hind”

The other one was a program where you could write a letter and request songs, sadly for the life of me, I am unable to remember the name of the program right now… hope you guys will help me remember it…

Funny thing about this program was that those reading the names could do so randomly. My brother swears to this day, he literally heard an announcer once say… “ra yas geet ka farmayis karta haru hunu huncha… Bambai bata… Lata Mangeshkar, Kishore Kumar, Mohammad Rafi, Asha Bhosle ani Sathi haru.” But still it was great fun to send a letter and hope to God they read your request, because if they did read your name, you were the star for the day.

I still remember vividly it was on our Kitchen radio that I heard the news of Tenzing Sherpa’s passing away.

Radio made room for Tape recorders. Almost every house in the village owned one, and there was am amazing pattern to the kind of songs that people would listen to.

Things changed when tape-recorders came into being. Blank Cassette kindai, dubbing songs was much fashionable. Hamro daju used to gift man pareko keti lai dubbed romantic songs, and when he was doing the dubbing, we were forbidden from speaking, least our voices got dubbed in the cassette.

Kids these days won’t understand the joke… which goes like this… a guy was singing facing towards the sky, he sang his hearts out for around 20 minutes, turned around, and again sang for another 20. Curious one guy who had noticed went to him and asked, why did you turn around? the singer guy is supposed to have replied – Side fereko.

After that, TV happened and the use of radio as a means of information and communication declined considerably. I have already written on the early TV days here

Radio was succeeded by TV and then walkman happened. We had an older daju from our village who was rumoured to be working in Japan, back then… it was he who carried the Walkman for the first time. I must have been in class 5 or 6 late 1989-90s. It was revolutionary. We couldn’t believe music playing from such a small device, we were unused to earphones – Kut-kuti lagthyo sunda pani.

I remember not knowing how internet worked. I also remember how slow the net connection would be… Tunnnnnnnkaralhyararararararakkkkkkk that’s literally the sound it would make when a computer got connected to the internet.

A friend of mine opened my 1st email in Rediffmail, Back then we didn’t have Google or Yahoo even, we had Rediffmail and Hotmail.

You can imagine how old school it was back then, our browser used to be Internet Explorer.

Internet took off in a much bigger way only after Yahoo introduced Chat rooms. That was when the teenagers in Darjeeling realized we could connect to people all across the world. We could talk to our friends, or flirt with strangers.

Usually the chat started with M-19, Darjeeling here, ASL plz? Hoping that the other end would respond with F-18 or 19…

Many relationships were formed that way… some still last to this day… while most are now lost into oblivion… But I guess, I wouldn’t be wrong to say that most of us learned how to use the internet while chatting to unknown strangers over YahooChat.

The 1st time I had seen a cell phone was in 1996, when I was working in a store. I had seen this rich Delhiite use a cell-phone which resembled a walkie-talkie, and I had asked him, what it is… he looked at me and went, “you don’t know?” I said “no… is that a walkie-talkie?” He said, “no it’s a satellite phone… bahot mahenga padta hai”

Then in 2000 cell-phones came in a big way in Darjeeling. I still remember to this day, I was sitting in Narayan Das when this guy started to hang these small festoons which read “Reliance Mobile Phones – Now for only Rs 250 per month.”

I wanted it real bad…

I didn’t have that much money, no college going kid carries that kind of money. So I begged, and borrowed…. Finally after around 6 to 8 months I gathered enough to attempt to buy a cell phone. My friends were headed for Siliguri, so I gave them Rs 5000 which I had saved painstakingly. Those two went down and I couldn’t sleep with anticipation.

They came back the next day with cellphone for me – Siemens C 35 – My 1st phone.

I later found out they had to fork around Rs 800 more for the set + connection, but they never asked, so I never paid them… to think of it, I haven’t paid them till date.

What joy was that phone.

Kin-nu ta kinyo tara ghar ma dekhyo vane pitcha… moreover, it was painful to keep as outgoing calls would cost Rs 6.256 per minute, incoming would cost around Rs 3.50, SMS were around Rs 1.20 and the minimum Rs 250 per month chai kin-nui parne.

Imagine for a college kid, that was a nightmare.

So after the initial euphoria, I had the handset with me… tara no calls would come or go… ringtone suni-basthey.

I think cell-phones started to take off really big time around 2002-03. Nokia 3310 was the most popular set when it entered the market and by 2004 Nokia 1100 had come which was the most HEP phone ever (for that time).

Things really took off once Nokia 6600 came, I guess that is when the concept of a Smartphone really entered Darjeeling. People proudly flaunted their 6600s till later Sony and Motorola entered the market, and made carrying Nokia look uncool.

I progressed from Siemens C 35 to C 45 and then to Nokia 6600. After that I stopped. The allure of Cell-phones had left me. I had grown up hola.

When I see the latest iPhones and Blackberries and Samsungs… all I do is shake my head and start wishing that life was much simpler back in land-line days, where one family in the whole village would have a phone, and would relay the messages to everyone else.

Technology is changing so much that its impossible to keep up. Things become obsolete in a matter of few months. Nothing is durable these days, including relationships.

So when old friends drop by and talk old stuffs, that’s when nostalgia flows…

I miss the old Darjeeling very much… the one where they didn’t have a giant TV screen in Chowrasta.

THENDUP NORBU PRADHAN: That Hindu guy with a Buddhist name