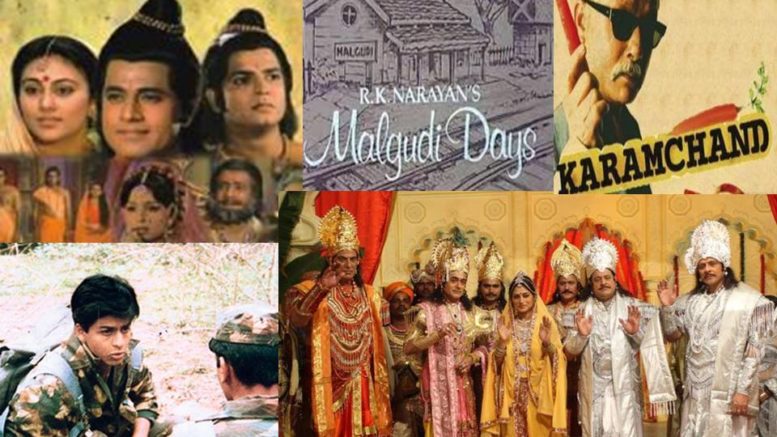 
Those who are born after 1991, you should feel lucky in a way… because you are born in luxury by our standards. What you take for granted today – TV, Phone and everything else – was in fact a luxury that only a select few could afford.

I don’t remember much about 1982 world cup, I was only 2 years old, but I fleetingly remember 1986 world cup. In cartoon I remember Spiderman. Now why would I want to talk about World Cups or Spiderman? Because that is what I associated the most when I think about Television.

See in Darjeeling, television as a phenomenon, did not happen till late 1980s and early 1990s. There were three reasons for that i) TVs were super expensive and would literally cost an arm and a leg, ii) Majority of the people in Darjeeling did not earn enough to afford a TV iii) and most important of all there was no TV channel broadcast up until 1982.

So till 1982s we got all of our news, entertainment, information through Radio. Akasvani, All India Radio, BBC were a few popular radio stations that kept people updated and abreast of what was happening in India and the world. There was no FM system, all the broadcast was on SW or MW bandwidth, and the reception wasn’t stellar either.

The earliest I remember of TV was in the 1986 world cup. Back then, like I mentioned above, not every household in Darjeeling owned or could afford to own a TV set. However, each village, locality or neighbourhood did have one or two houses that were lucky enough to be able to afford TV sets. Most of these houses belonged to retired Army personnel, who bought TV after receiving their pension. Majority of the TV sets were black and white, only a handful were colour.

I still remember, in our village there were two houses that owned TV sets during the 1986 world. One was a colour TV and the other a black and white. It’s funny what you remember all these years later hai, I can still visualize that black and white TV set, it had an inbuilt sliding door.

I clearly remember the Argentina-Britian clash of 1986 world cup and Maradona’s famous Hand of God goal, we had to go to our neighbour’s house to watch that game.

The neighbour was crappy.

Well, those who did not have TV sets in their own homes would have to go to watch TV in our neighbour’s house… and the neighbour’s wife was a very bitter woman. She would not let us come watch, ‘ghar ’ … hence the 1986 world cup is the only time we had to go watch TV at someone else’s place.

By early 1987 right before the Gorkhaland adnolan peaked, serendipitously dad had bought a TV and we couldn’t be more thankful. Because that was the year the greatest Indian TV event happened – RAMAYAN.

Back then the broadcast wasn’t 24 X 7 like these days, nor did we have 1000 channels. All that everyone watched was Doordarshan. If I remember correctly the TV program would start with a Doordarshan ko logo gradually metamorphosing itself into the tune of ‘Sare Jahan Accha’

Back then people in Darjeeling were so simple that I heard about this Badee.. who had just entered the house when News was about to start… as she sits down to watch the news, the newscaster comes on and says, “Namastey!!” and Badee being polite goes… “Namastey, Nani” and as the news caster started to read the news, Badee turned around and is supposed to have told the TV owner, “Ammuiiineee katee ramro hau hana… Namastey dharee bhanda raicha…“

I also heard of this kaki, who when asked from the other side, “nani alu katro-katro cha?” kept the phone down, used both the hands to imitate a huge size potato and yelled on the phone from afar.. “ETRO-ETRO CHA…”

That is how simple we were…

Depending on the day of the week there would be boring programs like Krishi-Darshan, Bharat--Khoj and so on. I don’t remember all the programs shown, but on Wednesdays around 6:45 they would show Saptahiki – a program which told us what would be shown in the whole week, followed by the most eagerly awaited musical program Chitrahaar at 7. On Chitrahaar would be shown again, and on Sunday they would show Rangoli in the morning, a regional language film with subtitles during the day, and a Sunday Night Movie.

You could tell which houses in the neighbourhood owned a TV set just by seeing the slippers and shoes parked outside; the entire village would have converged to watch these shows.

I still remember the excitement on Sunday mornings; everyone in the village would have woken up early taken a rushed bath and sat down to watch the TV. Elders on the bed, stool, bench and kids on the floor – jam-packed… Exactly at 9 when the TV started with two chimes of (bell) – Tung-Tung hands strung together in Namaste all of us would wait with our breath held… for Ramayan was about to unfold.

For a year and a half, all of Darjeeling watched each and every episode of Ramayan. We all collectively learned to hate Manthara the conniving old hag, pitied Dasrath at his helplessness, and cheered Laxman when he joined Sita for their banbas. We supported Sugreev in his just fight over Bali, and everyone came to love Jamwant the bear. Hanuman was inspirational in his devotion and Bhibisan in his bhakti… when Laxman was poisoned we prayed for his early recovery and when Hanuman brought with him the whole mountain we cheered for him. When Rawan kidnapped Sita with deceit, we all cringed, and when Ram finally defeated him we all celebrated…

Those were the simple days, when we believed what we saw on TV.. those were the days when arrows exploded colours – watch this to get a feel.

It would be followed up with a cartoon – He-Man – do you guys remember? Skeletor was the dreaded villain and when He-Man would go – “I have the power” we all cheered for him.

Life was simple back then, cartoons were 2D and so was life

By the time Mahabharat started in Doordarshan in 1988 peace had prevailed in Darjeeling, and people had become more TV . We knew by then which programs to watch and which ones to avoid. Programs like Hum Log, Buniyad, Malgudi Days, Karamchand, and Shahrukh Khan’s Fauji were very popular, with evergreen Chitrahaar and Rangoli to follow.

Sundays were also special because of Secrets of the Sea and The Living Planet which were our window to the natural world, way before National Geography or Discovery happened.

Doordarshan introduced cartoons with messages for the nation, the most popular being “Ek Chidi Anek Chidi Ya” teaching us about the importance of unity – I guess our politicians should watch that cartoon to learn, what we, as kids had learnt – In Unity lies the strength. Then there was the song of national integration “Mile Sur Mera Tumhara” the words to which I still remember. Then there was this one – The Light of Freedom which had various famous personalities running with a torch until the whole nation was lighted with the sense of freedom.

I feel sorry for those who grew up in the 1990s and had to swear by Shaktiman. Because back in the day we had grown up watching originally awesome sci-fi TV serial – Space City Sigma, which made me want to become an Astronaut. Does anyone read this remember that serial? Then we had Knight Rider – the vigilante superhero, and Street Hawk about that awesome bike and its cool rider.

I guess cartoons which were popular begin with due to Mickey-Mouse, Donald Duck gained amazing heights with shows like Mowgli, Tailspin with Madam Mahalingam and Baloo, Duck Tales and Uncle Scrooge, and my all-time favourite Tom and Jerry.

Amongst all the foreign serials shown in Doordarshan the most popular in Darjeeling was Oshin a Japanese serial, which resonated so much with the hard life we had to live in Darjeeling.

As a teenager my favourite Sunday serial has to be Stone Boy… sadly I couldn’t find link to its theme song, but every teen had to have watched Stone Boy… I don’t remember much about it, but I know it was one of my favourites growing up.

And I think that the best variety show ever has to be Suravi, which contained everything including a science section which was peculiarly hosted by Girish Kannad

We did get to see some of the most awesome TV programs ever.

Sadly, by the time I entered 15 in 1995, Dish and cable TV had started to make inroad s in Darjeeling. The charm of an entire village watching a TV program disappeared. Everyone started to watch different stuffs, and that is how we lost our very tight-knit community connections.

Gradually internet came to rule over our lives, and today we are more interested in checking out pictures of food and airbrushed selfies uploaded by friends on instagram and facebook, instead of enjoying the company of the friends we are with.

I don’t know if the kids growing up today will be able to recollect TV serials as our generation can. Because growing up we have and had a collective memory to share, cherish and go nostalgic over. Kids these have food pictures to look at.

Today when I look back at my growing up days, I often wonder, how did we even manage to live our lives without all these technology?

But then, I get a text from my friend who is sitting right next to me, bitching about my other friend sitting next to him, and I say a silent prayer… “Thank You God!! That we did not have all these gadgets growing up”

For we lived our lives to the fullest, in the most loving companies of our friends and families and neighbours, when instead of checking a phone, we talked to our friends… when instead of a call, we went to their homes in person.. when instead of meeting for coffee, we spent the whole day at their house… and came back home only after we were forced to, by our parents.

I guess, I liked it better when Arrows Exploded Colours, instead of now, when kids explode head and spill blood on video games.

The Curious Case of Sixth Schedule implementation in Darjeeling