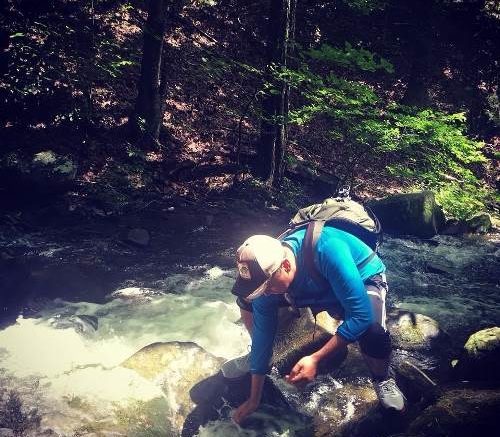 
Fascinated by the era I grew up in as a teenager, my daughter wished if she could be teleported for a day back into our times and see how life was so different back then.

I told her how our era was a simpler one but was magical in its rights. It was an era when nationally televised TV station would end after ten pm and the television would soon blackout after that bee hive-ish sound and a “jhiriri” screen. It was an era when cable TVs were just launched, finally giving us longer colourful remotes to choose between all those new channels. MTV and ESPN became a completely new norm. It was the time when colour TVs with huge hippo-like backs flooded the market to replace all black and white televisions. Some even came with classic wooden cases doors.

It was the time when the World Wide Web had not shrunk the world yet and many things that we see online today didn’t even make it into our imaginative world. It was a gentle time, simpler time, when you would leave home in the morning and until you get back home later in the day, there was no way you could be connected in between for hours at a stretch. It was the time before the cell phones disrupted our free unsupervised movements and way of life.

It was the time when social networking before the social media was real, candid and tangible. It was the time when Facebook, the child of Mark Zuckerberg, wasn’t even born, but something very similar and simpler existed in its form and was called the Autograph book. A book filled with pictures of friends that you requested for and was complimented by their profiles, likes and dislikes. When this was taking round, Mark Zuckerberg was probably still wearing diapers and shitting all around.

SEE ALSO:  You Know You Are From Darjeeling When...
Powered by Inline Related Posts

It was a time when the joy of verbal communication face to face existed, unlike today when comments emanate from the fingers on the screens of smart devices. And worse still like a lone wolf does, without any warm thought and reciprocity in the exchange of greetings, one can secretly keep an update on your social media feed like a stalker would, without any thoughts of their own. Creepy!

It was a time when writing letters to your near and dear ones took time. There was no autocorrect and intuitive software to help you with your diction like the built-in smartphones these days. A simple letter would be inked into the pages with words and thoughts flowing straight out of your heart. A send button would not be enough to deliver the mail without a postage stamp. A visit to the post office was the norm.

It was a time when unlike today, you had someone or the other next to you. People were not lost far away into an island of their own, into their world glued to their smartphones. Hypocrisy didn’t exist on that level, where you pretend to be there but you are not there at all.

It was a time when you would look to another person through the screen of the window next door. Unlike today when a video call can show you your beloved one across continents, right on your phone screen.

It was an era, when after the photos were taken usually by professional photographers and you would have to wait for few days for the film to develop. Chances were you would still have to pay for those photos that came with your eyes closed. Unlike today when hundreds of selfies and photos can be taken, edited and shared instantly. You wouldn’t need to buy a photo album to store those photos since you have now clouds for that. In our time clouds were nothing but the clouds hanging up there begging not to come down in rains to disrupt our games.

SEE ALSO:  Agents of Life – Not My Leaders
Powered by Inline Related Posts

It was a time when news travelled a day later in my town. Today I would be reading yesterday’s newspaper then. But these days, instant tweets, live feeds and digital newspapers have put the world into a different realm.

It was a time unlike today, when we had real friends and not fake virtual ones that exist on the social media and when you actually meet them on the street they wouldn’t even greet you. And worse still, when you meet someone who befriended you on the streets and out of your humility when you go on to smile at them, you are ignored.

It was a different time when grass, dirt, fields, hills and outdoor were our playground, unlike the sofa where teenagers these days are potato couched all day playing games with swollen fingers and zombie shot eyes, Snapchatting and TikTokking on their phones.

It was a time when little was always more. Minimalism existed effortlessly and we would be genuinely happy with one new shoe until next losar arrived, unlike today when the teenager unkempt closets are heaped with clothes and shoes piled up and some unworn too.

It was a time when right after school, we would run home, throw our school bags and then run downhill to the field to play football. Our balls were torn and stitched up too, many would play barefoot or with their torn boots. Sometimes we would play in the soaking rain and muddy field. Unlike today, when just for a week of a game of basketball or volleyball, new sneakers are bought for few weeks of the game, creating squeaky noise off the hardwood floors just for few days, only to find the deeper side of the closet for the rest of its life.

It’s a time when teenagers used to fly kites and wage kite-wars. Often when the thread of a kite would break we would run after those fallen kites, their flights of freedom, from one hill to the next and bring those back as trophies. Unlike teenagers these days that fly simulated planes within the confines of their living room with no place to run and without that adrenaline-filled fun to chase floating kites under the open skies.

It’s a time when the study was fun. We didn’t have Google or Siri to answer every question that we would have been stuck with. An unknown word would mean a boring trip to our shelves to unfurl the thick book with one bold word, Oxford on its spine, only if you had one.

Saying this much, when I looked at my daughter, she was already on an island of her own lost in that phone. I was left imagining what she would tell her kids after thirty years or so, as to how her era when she grew up was magical and real unlike her kids of that new generation.

The Politics of J.C.B