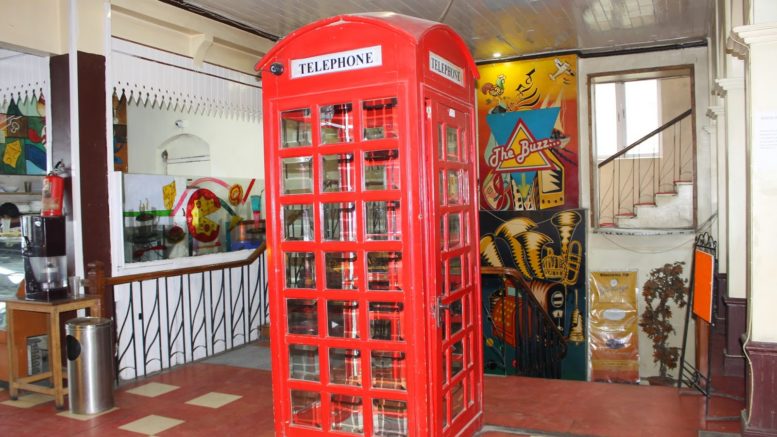 
I was delivering a lecture in one of my classes, where I stumbled upon the word STD. Something struck me at that instant, and so I happened to ask one of the boys about what he understood by the word term STD. He was prompt, loud and clear – he replied that it’s a disease which is sexually transmitted. I wanted to hear something else from him, so I asked if there were other meanings of STD. He was silent. Then I opened the question for the entire class, and still, nobody knew any other meaning.

So I wrote on the board – Subscriber Trunk Dialling. I again asked if they knew anything at all about it. They were mute yet again. Evidently, it was something they hadn’t ever heard of. I was becoming excited every passing second. STDs were a part of our history, a heritage, and an invention of the past that today’s generation is hardly aware of. So I decided to tell them what an STD was.

I called the class for silence – pin drop of silence in fact. I pulled my chair and sat like a goddess. I was going to tell how STD booth was once a part of our love romances. and thus I started –

“My dear students, our love actually started from a three by six feet STD booth. It would interest you to know that there were only two places where we would bow our head – one was the temple and the other was the booth. Every booth in our town was an iconic landmark so to say. every passer-by would at least turn back and take a look at the booth. It used to be always crowded, and a long queue would be there where everyone would be waiting for their turn to make a call.

Students like me had to save our pocket money to make a call to our girlfriend, and you would not know whether the call would be received by your girlfriend. Sometimes we had only 3 rupees in our pocket and had to call our girl for a date, but in the process sometimes the call would have been picked up by her mother. What a waste of money. We would just bang the phone down and go home disappointingly. It wasn’t like today when you ask your girl everything – what is she eating, wearing or her whereabouts.

Sometimes when we had money, we would just talk over phone for 10 minutes, that was the height of talking, if you would not leave the phone, another person standing outside would just start hitting the glass of the booth, and say, ‘Bro, mero chicks, le phone ko chew ma nai ubiraheko cha hola, pat chitto gara na, ahile miss bhayo vane ryaak huncha.” That kind of understanding we would have even to with an unknown lover. We respected the lover and his love.

The booth was not less than a temple. Inside the booth, one could be found convincing her boyfriend or girlfriend over a misunderstanding, that too in a limited period of time. But the one who would steal the show would be the ones who would come to propose over the phone. The funniest here was that he would happily seek advice, “Bro, aaju propose garidiw bhaneko, herana ma ta nervous po chu, k vannu parcha ho? ” The other one would just try his level best to give him the best suggestion. That kind of helping culture existed during the STD booth age. And when he was finished, the advisor would ask, “Bro, k vanyo ? Buhari le. The word ‘buhari le, would just heal his heart, even if the girl had rejected his proposal. But if she had accepted, he would be like, ‘Bro, aju, tea ra singara mero bata. Bro, you are so lucky, please bro, malai aru pani advice chaheheko cha.

STD booths were once a place where the happiest news was heard of, and on many occasions even sad news came. There were many occasions when the customer would come out weeping, crying or sobbing but every time whether there was sadness or laughter, we would always find some hands to clap or wipe our tears, unlike today were good news are texted or bad news is whispered over the phone.

STD BOOTHS cemented many relationships not only love romances. Sometimes you would hear that Palden who went for army recruitment has got the job, and the news would be told by the man who would look after the booth, sometimes Kancha kaka who was admitted in hospital is released and is coming home, and sometimes the marriage that was due was being fixed on December. It was not only a phone, with some wood and glass but a place where one had faith and belief.

Many people would gather around the booth and talk about politics, and water crisis, but among them also there would be those who had given numbers of the booth to their girlfriends and would wait the whole day just to receive the call. And you would not believe when the phone rang, ‘trink, trink, and would cut and again, trink, truik, truik, he would run and pick up the phone. You all don’t know the happiness it’s unseen of, and I don’t see how the same happiness when the boys pick up their girlfriends’ call.

Love or STD booth existed simultaneously without any difficulties but as STD booths got replaced with smartphones. The only STD today lovers have is Sexually Transmitted diseases. No doubt the smartphones brought them closer with each other but took away from pleasures of love, like waiting for the call, thinking about it, standing in line with hope and above all saying, ‘I LOVE YOU when hundred people are watching you.

I guess that thrill isn’t there in the smartphone.

SEE ALSO:  Racism and Reverse Racism: The Hostile World That We Live In
Powered by Inline Related Posts