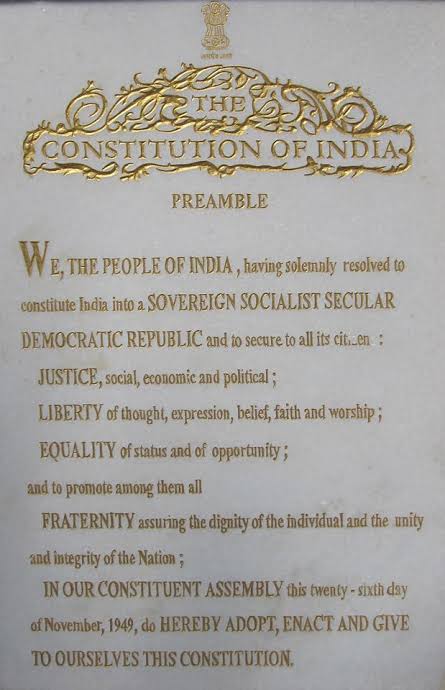 A few days ago, after returning from New Delhi, the incumbent chairman of GTA, Mr Binoy Tamang raised the bogey of Fifth Schedule of the constitution in a region that had already been turmoiled by the Sixth schedule issue. Apart from adding political flavour to the already colourful hill politics, it has also given food for thought to the hill people who have shared the legacy of belonging to the partially excluded areas in the pre-independent India.

Our people have to wake up from the political slumber to get an insight of the working behind these state machinations that employed census as one important tool to achieve its objectives. For the Britishers, census joined the map and museum as tools of imperial dominance in the 19th century. The British fondness for taxonomy and social classification continued to be in evidence throughout their rule, and was formalised by means of the census they undertook first in 1872, and then every 10 years from 1881, converting it into ethnographic census in 1901. This census reconfirmed the process of defining castes, allocating certain attributes such as “martial tribes” as is the case with our Gorkha community.

The British belief in the fighting qualities of the martial races restricted the career possibilities of those not so classified, since British army recruitment policies were usually based on caste classification, shining example being Gorkha regiment.

Census taking in British India was led by British anthropologists to anatomize Indian society to control and govern it better. According to historians, the precolonial communities had imprecise boundaries which meant the communities were not self-conscious in the way they became under colonial rule and were less antagonistic to each other over perceived communal differences. Communal classification served the interest of the colonisers by providing them with a tool to create perceptions of difference between groups to prevent unity amongst them.

The colonial process of identity creation stretched to form linguistic identities, the fact which formed the basis of State Reorganisation Commission on drawing boundaries of new states. It is keeping with such divisive policies that the Britishers sowed the seed of Hindu Muslim rift to curb nationalism, partitioned Bengal, introduced Communal Award in 1932. And it is in such circumstances that the Gorkha population residing in the Darjeeling Hills were classified as “Hill tribes” in 1931. This fact forms one basis for inclusion of hill communities under both Fifth and Sixth Schedules of our constitution.

Even after setting up of Tribes Advisory Council in West Bengal in 1953, the question of whether Darjeeling was administered under the provisions of the Fifth Schedule is still nebulous to the laymen. In regional semi-autonomous bodies like the DGHC and GTA, there is no mention of this schedule, thus pointing to the fact that they lack constitutional safeguards as clamoured by GNLF.

Projecting the population of Nepali speaking population as only 19% in Darjeeling by the then CM of West Bengal, Dr B C Roy had nipped the aspirations of hills in bud before the State Reorganisation Commission, and as if to rub salt on the wound, he went to proclaim Bengali as official language of the state in 1961. This fact only justified the saying that “There are lies, damn lies and there are statistics”.

State machination has totally wrecked the dreams of the native hill people over the years. Having realised that the semi-autonomous body like DGHC could not fulfil the aspirations of the people, the then GNLF leader Late Subash Ghising had to revisit the 1931 census to bring the region under Sixth Schedule of the constitution to provide the much needed constitutional safeguards to the hill people. However, the then prevailing political circumstances not only derailed the passage of the Sixth Schedule Bill but also dethroned the uncrowned king of the hills for good. Riding on the people’s emotion and wish for own state, Bimal Gurung started agitation for a separate state which again culminated into another body in the form of GTA. Since this body is also bereft of any constitutional safeguards, the idea of Fifth Schedule by the incumbent administrator of GTA has triggered mixed reactions from different quarters. The schedules being the bailiwick of constitutional experts have become a hard nut to crack for common people.

How the present administrator will leverage politically by toying with an idea of Fifth Schedule is yet to be seen as the issue is bound to invite criticism from various quarters in the light of recommendations of National Commission to Review the Working of the Constitution which says that Fifth Schedule areas should be brought under Sixth Schedule and also the PESA Act, 1996, Panchayats (Extension to the Scheduled Areas) Act that seek to expand the constitutional provisions of Panchayati Raj system in such areas. At present nine states have Fifth Schedule areas, viz. Andhra Pradesh, Chhatisgarh, Gujarat, HP, Jharkhand, MP, Maharashtra, Odisha and Rajasthan. Nevertheless, the issue of Fifth Schedule in Darjeeling Hills have ruffled the political feathers and would make an interesting academic /legal exercise for one and all.

SEE ALSO:  Whom Shall We Remember Today?
Powered by Inline Related Posts

EXCLUSIVE: Mount Groove From Darjeeling Rock at the Hornbill Festival