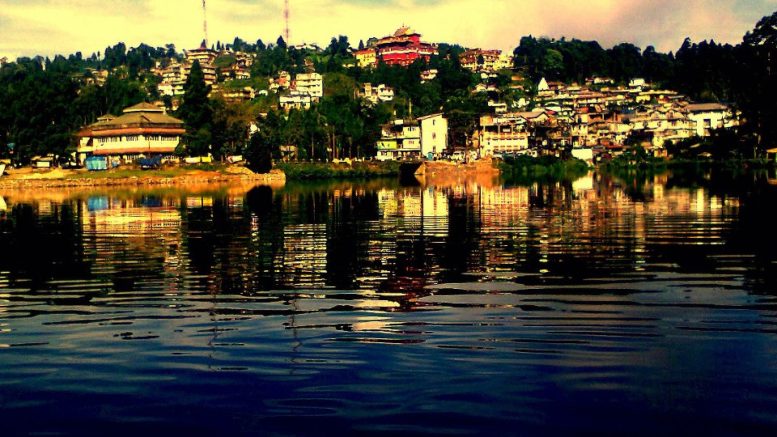 
Mirik is a small hamlet with lots of interesting people who really knows how to humour. There are regional dialogues and sayings that would never get old and some of which will just be a fad. Mirik comes up with many that I have experienced myself originating within the circle, here I have mentioned most of the things that I remember and please let me know if you want to add more. And if you somewhere think that I am wrong, just know that I am never wrong and neither are you. We might just it do it our way. Shanti hai!

Its an escape when you can’t think of anything to hit back with the phrase others hit you.

Though it keeps on changing. Its the current way of how we greet each other. Pun intented!

I will make your face a ladle with a punch.

Don’t angry me mmbe common but mami has to be there.

5. Only for Gutkha lovers.

Rajju to Raj Niwas, Bimu to Bimal, Rajnu to Rajni Gandha, Tammu to Tamanna, Bobby to Bablu, Sudhu to Sudarshan.

Sikkim produces Musk but by the time it reaches Mirik it becomes Moks and Bagpiper, the Bangpiper.

Lets go lake to open a restaurant. Pun for all encroachers nearby the lake.

Mato is brown Sugar. Do I even need to write anything now?

You too are a goldsmith? Pun for Brown Sugar takers.

When someone gives too much bluff.

He eats dogs. Dogs is Drugs.

There’s money all over the road, pick it up. Money is trash.

Hehhhhh! Did you had rice? Old times of greeting each other but still in trend.

Take this and see it inside a toilet!
These phrase is only used when you have higher cards than your friends while playing flush.

Childhood curse to a friend rhyming with Jhandi. You know whats next ‘eh?

Another term for fakshya i.e. pork.

Zoom in Darjeeling language means “Lets go”. What do you reply when someone says Zoom? Its obvious that the word follows after is where? But here in Mirik, where is followed by phrases like inside elephants ass and everything rhyming with Ka (where) hya! which means here showing you inside of an eye. Another explicit is Condo fya.

Slang for the local drink worldwide known as “Rock-c”.

When a man’s undies is too low that every time he bends you see his butt. You say, your cam is on, shall I pose?

Let me know more if I have missed some and give me something to write these rainy days.

Be the first to comment on "Things Mirik Says"