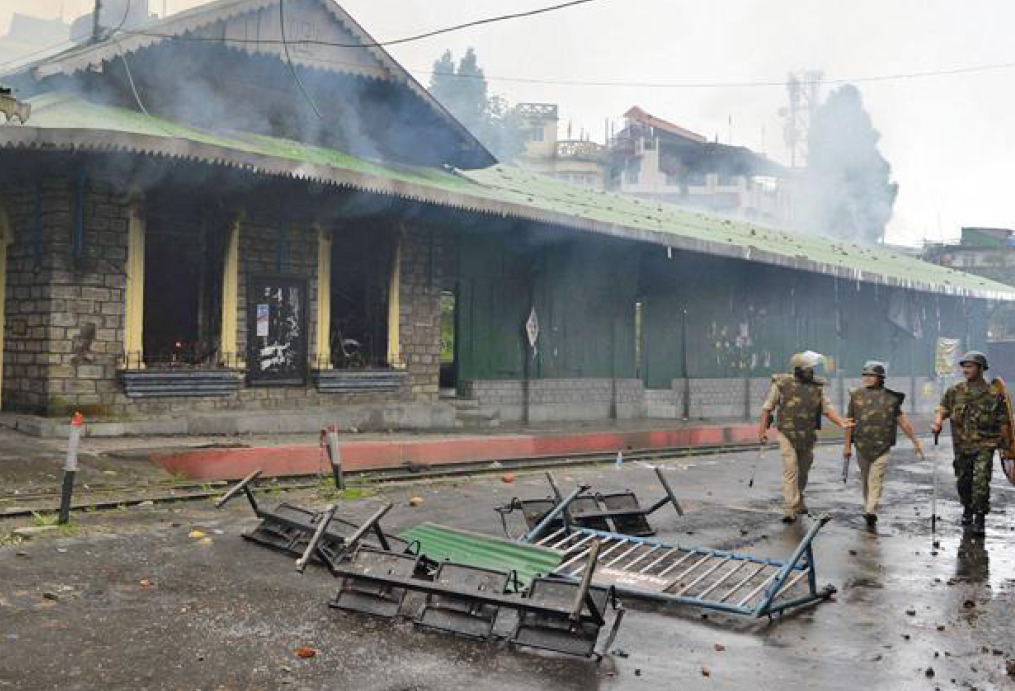 The Indian Railways, which operates UNESCO heritage site Darjeeling Himalayan Railway (DHR) under Northeast Frontier Railway (NFR) zone, will send a report to UNESCO through the central government detailing the losses incurred by DHR during the Gorkhaland agitation. The team of UNESCO officials, who were forced to flee Darjeeling district of West Bengal soon after the commencement of 104-day-long Gorkhaland agitation on June 8, would return to the hills on November 19.

The return of the team is likely to recommence work towards revamping of DHR. In January, the central government had signed an agreement with UNESCO for the development of comprehensive conservation management plan and effective management system framework for DHR. The narrow gauge railway service from New Jalpaiguri junction in Siliguri to Darjeeling railway station was halted soon after violence erupted on June 8 in Darjeeling hills.

Gorkhaland supporters had allegedly ransacked and set fire to Sonada railway station on July 8 and Gayabari railway station on July 13. UNESCO had written to the central government expressing their concerns over arson incidents affecting the heritage railway. Sources in UNESCO told the New Indian Express that the world heritage tag to DHR is not in danger.

The Indian Railways is likely to allot funds for repair of the damage caused to the DHR properties. The narrow gauge 87-km-long railway network was declared as a UNESCO world heritage site in 1999. Apart from being a major tourist attraction, the DHR is one of the sources of livelihood for hill residents. When the steam engines fell silent during the agitation, the track was used by locals to ferry down precious gas cylinders from Darjeeling town downhill to the tea garden areas and interior villages. The steam engines began chugging 125 days later on October 25.

SEE ALSO:  The Curious Case of "No Coercive Steps Shall be Taken" - Can Bimal Gurung be Arrested?
Powered by Inline Related Posts