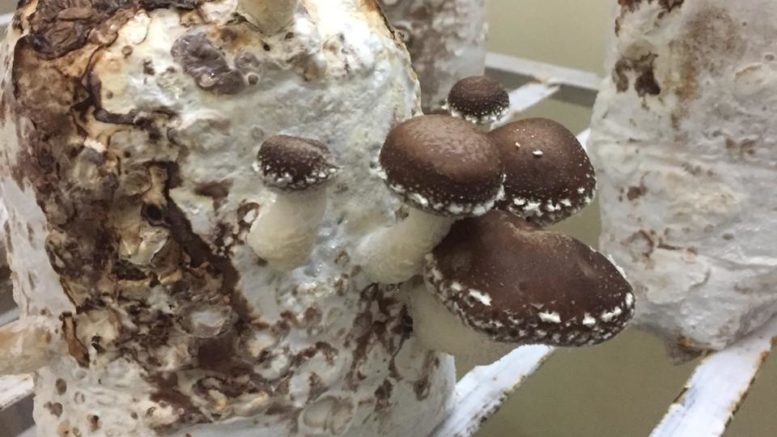 
Scientists at Institute of Himalayan Bio-resource Technology (IHBT), a premier lab of the Council of Scientific and Industrial Research (CSIR) in Himachal Pradesh’s Palampur, have developed a cost-effective technology that can help the cultivation of highly nutritious Vitamin D-enriched shiitake mushrooms in two months duration against conventional nine-ten months under local condition.

Once taken on commercial scale, the nutritional shiitake mushrooms not only promises to meet the Vitamin D need of the nutrition bereft Indian population but also boost the revenue of the producers as it has high local and global market demand.

Doctors say that at least 80 per cent of urban population in India suffers from deficiency of Vitamin D- vital for absorption of calcium-naturally available from sunlight. Absence of Vitamin D can cause many critical diseases.

Says Dr Sanjay Kumar, Director of the IHBT, “It is well known that mushrooms — Shiitake (Lentinula edodes) being one of the varieties — are the vegetarian source of vitamin D. The technology developed by our scientists aim to enhance production of ergocalciferols (Vitamin D) in Shiitake mushroom which is most preferred variety in India particularly North India.”

Talking about the key features of the agri-technology, he said that duration of captive cultivation has been cut down to two months from conventional eight-nine months and yield is also high ie .5-.6 kg fruiting body per 1 kg of sawdust substrate. “Capsule of 500 mg Shiitake powder meets 50 per cent recommended dietary allowances (RDA) of Vitamin D,” Kumar explained.

The development of the technology is part of the Government’s Neutraceutical Mission launched with an aim to ensure nutritional security, enhance farmers’ income and provide employment in the country.

Rakshak Kumar, scientist and assistant professor at the IHBT added that the mushroom has the attributes of great crops in the coming years. The global demand for Shiitake mushroom is expected to reach approximately 4500 tonnes by 2025 with an estimated market of $35.4 billion and the international demand for vitamin D is estimated to reach USD 140 million by 2025 growing annually at 1.2 per cent.

In fact, the technology developed by the IHBT is already catching the attention of the entrepreneurs. Innotech AgroPustikam Pvt Ltd, Guwahati Biotech Park, Assam, Pravin Masalewale, Hadapsar Industrial Estate, Hadapsar, Pune, Maharashtra and Ray’s Tech Hamirpur, Himachal Pradesh have signed the pact with the IHBT for transfer of technology while talks are on with two more stakeholders, said Rakshak Kumar.

From general pain in bones and irritability, the deficiency of Vitamin D can cause severe diseases as well. It reduces the immunity of the body to fight infections and makes the body vulnerable for several killer diseases such as cancer, brain disorders and heart problems, as per the doctors.

A survey by the Associated Chambers of Commerce and Industry of India (ASSOCHAM), a trade lobby, conducted between October 2017 and March 2018, found that over half of the population in Delhi, one of the worst smog affected cities, is suffering from Vitamin D deficiency.

The article was originally posted on the Daily Pioneer news website. You can read the original article here.