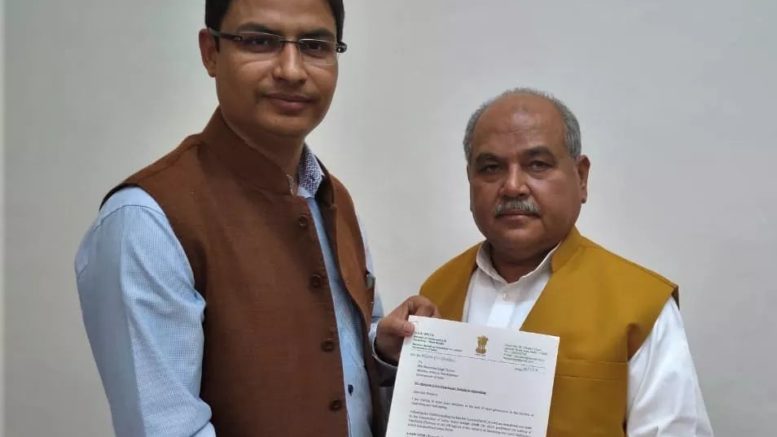 
Darjeeling MP Raju Bista has demanded that Article 243M section 3 of the constitution which has prevented the holding of 3-tier Panchayat Election in the hills is scrapped. In a Press release issued today, MP Raju Bista said, “I met with Shri Narendra Singh Tomar Ji Hon’ble Minister of Rural Development, I informed the Hon’ble Minister how following the 1988 Darjeeling Gorkha Hill Council (DGHC) Accord, an amendment was made in the Constitution of India, under the Article 243M (3) of which prohibits the holding of Panchayat Elections in the hill regions of the district of Darjeeling and (now) Kalimpong which was governed under the Darjeeling Gorkha Hill Council.

Because of this, no elections to the Panchayats were held in the region. In 2001 however, the then West Bengal government conducted a 1-tier Panchayat Election, whose tenure ended in 2005. Ever since no elections to Gram Panchayats have been held thereby depriving the people of various grassroots level development initiatives.”

MP Raju Bista said, “as long as Article 243M (3) of the Constitution remains unchanged, no Panchayat elections will be held in our region. This is why I have requested Hon’ble Minister to kindly bring in a Constitutional Amendment which will repeal Article 243M (3) of the Constitution so that our people who have been deprived of availing the benefits of grassroots governance for so long could benefit from the 3-tier Panchayat system.”