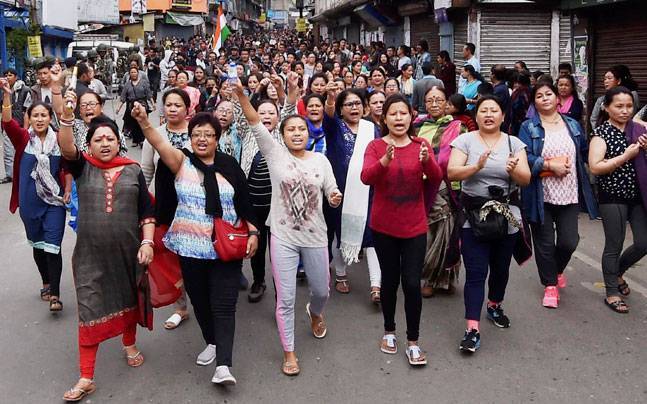 
We, the people of Darjeeling and Kalimpong districts, wholeheartedly welcome the initiative to initiate Constitutional Amendment to implement the three-tier Panchayati Raj in these two districts. Panchayati Raj has been the backbone of Indian democracy. It envisaged incorporating all the villages and its population in the nation-building processes. Further, as the majority of the population lived in the villages it was an endeavour to make them equal stakeholders in the decision-making the process and the developmental activities. Panchayati Raj system came into existence when the Community Development Programmes failed due to the lack of governance and monopoly of the few. Panchayati raj was implemented to decentralise democracy.

In this backdrop, the conversation between our MP Raju Bista and the Minister for Rural Development, Shri Narendra Singh Tomar has significance for us and therefore we are grateful to our MP.

Darjeeling and Kalimpong districts with a population of more than a million and a half souls have been systematically kept outside the purview of this system for the last three decades. By doing this the Bengal government subverted the people of these districts from becoming part of the developmental as well as the political processes. It took away the power of the public to develop its place and empower its people the way it visualised for the betterment of the both.

Further, by denying the three-tier Panchayati raj, the government of the state took away Siliguri from us, the most important town, economically, from us. This amendment should also focus on reinstating Siliguri in the jurisdiction of Darjeeling, which it earlier was.

The implementation of Panchayati raj would also ensure that the GTA under the present corrupt dispensation will lose its efficacy, which in turn will leave them with no power to discriminate, threaten, and intimidate the innocent folks of the region.

One of the primary objectives of Panchayati raj has been the development of local areas. This in conjunction with MGNREGA is a strong tool for both the people and the place. However, the incumbents in GTA have embezzled the funds entitled under MGNREGA and village development for their satisfaction and advantage. This amendment will make sure that the corrupt practices of those running GTA at present will be stopped.

Village life and rural institutions needs to be revitalised for the welfare and well-being of the people and the place which will also revitalise the progress of the nation which necessitates the amendment of Article 243 M(3) to make the people of the villages an equal stakeholder to the developmental processes and also ensure that corruption and embezzlement of funds do not take place.

We would like to congratulate our MP for bringing up this issue as it will hand over the power to the people.

Furthermore, the Panchayati system can employ thousands of educated people in the two districts. What is very apparent is the fact that the government is exploiting the people by implementing all the taxes like ‘Dhuri Kar’, agricultural tax household tax and many more taxes even when the Panchayati system is not functional. The officials responsible for the collection of these taxes exploit the people. The GTA agreement also had to reinstate the three-tier Panchayati raj system but due to the callous and discriminating attitude of the West Bengal government, it was never initiated. It is also pertinent to mention here that if the Panchayati system was continued in the Naxal inflicted regions of jungle mahal and Jammu and Kashmir during the heights of extremism why is not thought conducive for the two districts of Darjeeling and Kalimpong.

The absence of Panchayati System in the above-mentioned districts robs the people of their fundamental and Constitutional Rights. In the light of this, we welcome the dialogue initiated by our MP, Shri Raju Bista for amending the constitution and Article 243M (3) and the implementation of Panchayati Raj in the districts of Darjeeling and Kalimpong at the earliest.

Those Who Dared to Dream: The Team Behind Miss Kalimpong 2017