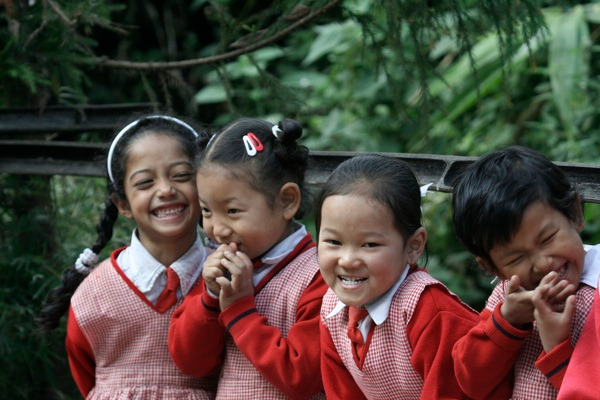 
After staying in northern part of the country for some years and reading about societies of different parts of India , one significant thing I have observed is our North-East as a society has developed more than other parts of India (like I said, I have my bias here as I have little understanding of Southern India). I am not talking about the economic aspects here, it’s purely societal.

We as a society have finally realized that education is the golden path to liberty, by providing the fullest possible development of each learner for living morally, creatively, and productively in a democratic society. Earlier, our society in general focused just on the education of sons. Now we have come to realize that it’s not enough and it’s injustice to daughters. We can now see every girl child in our region attending school these days apart from those whose family economic condition becomes hindrance. Even for the government has come up with policies like Right to Education, Beti Bachao Beti Padhao etc. It took us time to reach this level of consciousness. First, basic primary education was thought to be enough, then secondary, then higher secondary and focus has shifted to post graduate and doctorate level. This holds true in case of both the genders. The only difference being the time period, importance to formal education for girls came much later than for the boys. Our world is moving rapidly towards technological advancements, “Metaverse” like Facebook/Meta is trying to build, we are left with no other option than to adapt to this new-age. Hence, importance of education for every individual becomes necessary. Since the sole aim of writing this is to give my perspectives on changing role of women and significance of bringing them at par with men in every aspect of life, I will try my best not to deviate from the subject matter.

Every social indicators shows the significance of female education. Importance for mother to be educated was never more distinct, be it for psychological development of her child, reducing Maternal Mortality Rate, or for children to be healthy. A well-educated mother has the power to raise the ethical standards of the society we live in. Though I strongly believe that even male parents should equally contribute in raising the child, very few fathers can perform as good as a mother in these aspects of the development of a child. This is just one side of the positive impact of female education. This was about family aspect. Now let me move forward my argument towards equal economic opportunities and equality in decision making for women (or, equity to be more precise).

I feel, we are still very backward when argument comes to these aspects of life of daughters. Exceptions are always there, I have been fortunate enough to witness few such cases around me where parents have given equal rights to their daughters in decision making. But majority are very narrow-minded in these regards.

The final aim of education was, is and will always be Freedom. An individual should have Freedom to Think, Freedom to Earn, and Freedom to decide for herself. A good education has the potential to develop a Free person. But I find that our society somewhere puts a break on these developments. Some individuals are daring enough to break the societal barriers but most become the victim of societal pressure. Till here I was talking for both the genders, but hereon it put forward a radical feminist argument.

It actually hurts to say that, most parents are not allowing their daughters to develop holistically in every aspect of their life. However well-intentioned they may be, they act as enemy of their own children. As I said earlier, final aim of education is to develop Free individuals. But what we see in our society is, daughters are provided with incomplete-education (na ghar ka na ghat ka). They can read, they can understand, but they are not given the Freedom to think for themselves and decide what they want in their life. When a daughter completes her graduation and masters, parents start building pressure on them and try to impose their decisions on them. Whether she should continue to pursue her education to doctorate level, or work in corporate sector to achieve some financial freedom or goals that she wants to achieve? She begins to have little say over her own future. Well-wishing parents end up becoming decision-imposer and barrier to the growth of their children (true for majority of girls, but somewhat true in case of boys as well). When it comes to economic opportunities, boys get more freedom than girls. And it’s highly unfortunate. I see, very few parents have the courage to give decision making powers to their daughters, whether it be in matters of her career, her higher education or her marriage.

Supreme Court of India in its judgment had interpreted that “an individual’s Right to choose the partner of her/his choice comes under Article 21 of our Constitution i.e., Right to Life with Dignity. Nobody can violate it under any circumstances, not even parents. Violator can be dragged to Supreme Court, no matter who it is. But unfortunately, this lies just in the pages of our Constitution. In real life, I hardly see it. Whether by manipulation or by force, daughters continue to get suppressed under the pressure to live life against her wishes. Recently Govt of India has come up with a Bill to increase the minimum marriage age for girls from 18 to 21. Though I do not agree with the method that govt. has adopted to achieve its goal, but I fully agree that minimum age for marriage needs to be increased. By providing affordable public funded higher education, awareness building programmes in backward communities we can achieve our goal. Age-Specific Fertility Rate ( annual number of births to women in a particular age group per 1000 women in that age group) in Rural India is more in 20-25 age group, while ASFR in Urban India is inclined more towards late 20s and early 30s. This clearly shows the priority plus privilege of urban women to live lives on their own terms in contrast to rural women.

Now, going forward with my radical argument, when a son can get around 5-8 extra years after college/university to get settled, to find a well-paying job, then why are daughters not given the same amount of time and opportunities? Is it just because a woman has historically been dependent on a man for her economic needs and for social security, and it feels okay to marry her off just after completing her college? Or is it because they are just meant to focus on household job? It can be seen in many cases that a girl is forced to drop her higher education and get married, as if parents were just doing a favor by letting her study. Dear parents, it’s not a favor, it’s their Right. They have every Right just like us (sons) to get required amount of time to struggle in their life to achieve their ambitions, of which you have been depriving them since time immemorial. They have every right to pursue their higher education. Just because women from your generation were made to sacrifice their dream and freedom to live their life to their optimum potential, it does not mean that women from our generation should be forced to do the same. As society matures, as our democracy matures, our thinking should mature too.  Motivate them to chase their dream rather than forcing them to become a pillion rider to a man.

SEE ALSO:  China Behind Spread of this Disharmony
Powered by Inline Related Posts

Let me finish this with the example of a woman whom I deeply admire. Gita Gopinath. A Malyali girl who dared to chase her dreams. A ferocious woman who had the courage plus support from her affluent parents to break the glass ceiling. And you know what? Her husband is an ex-IAS officer, first rank holder of 1996 batch, who left his high profile job in India to support her in pursuing her dream in US. And see now, where she has reached? And in matters of strong decision making capability, women can be as decisive as a man. Let me give you an example. Remember Indira Gandhi? The woman whose prompt decisions led to integration of Sikkim to India while China was knocking at the northern frontier and liberation of Bangladesh.

If you have a courageous daughter, then trust your upbringing and let her free. Let her decide for herself, what she wants in life. If you can’t support her then at-least do not become a barrier in her life. She deserves every right to decide on her own. Your job is to facilitate her development to reach her full potential and not to derail the train of her dreams. Who knows, you may have a Gita Gopinath in your own home who just need your little support to spread her wings. Just take a step forward and LET HER FREE.

(To Daughters: Though I have not addressed you all directly in this write-up, hope you understood what I wanted to convey through this. Live your life boldly, with grit, confidence and dignity. Believe in yourself, and take a leap forward. “Jamana hogaya ye soonte soonte ki jamana kharab hai, magara ye kisi ne nahi kaha ki jamana badal chukka hai magar log kharab hai.”)

This is just a literary manifestation (or you may call it my frustration) of what I observe in my society, my family, and all the books that I read (history and contemporary). Like all human being, I have my limitations in understanding and have my bias.

3 Comments on "To Daughters and their Parents"