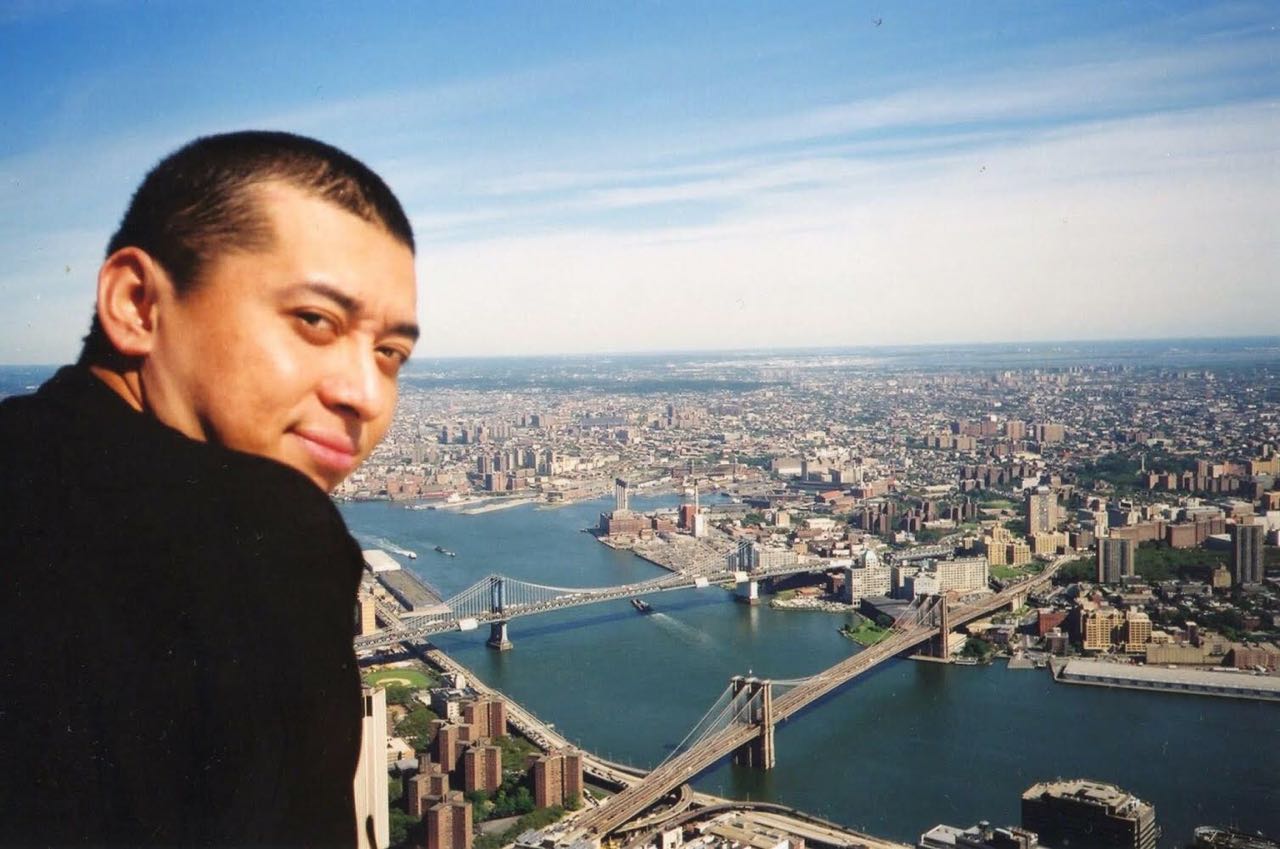 New York City: An immaculate aerial view of the New York City from the top of the World Trade Center before the S.O.B 's brought the towers down.

Seventeen years ago the world changed forever. I crisply remember it was one fine Tuesday morning, my day off from hectic work and I had woken up earlier only to doze back to sleep again, when a now defunct landline phone attached with wire like umbilical cord to its base started ringing mercilessly.

It was a usual beautiful female voice but this one was full of alarm and panic that startled me about what just transpired in the city.

As I quickly got up to turn the TV on, I was shocked to see the first tower of the World Trade Center on fire. The media were yet to confirm about the terrorist attack and were still confined to the theory of a possible plane accidental crash. It was hard to believe otherwise.

I knew a place for a vantage point to the downtown area where the towers were located and I quickly ran up the stairs towards the end of the elevated platforms of the number 7 train on the 40th street Sunnyside station, I realized I was just wearing my flip flops. I saw many people had already gathered there and few were recordings on their huge video cameras now thing of the past. And, many more listening to their radios as well. This was before live streams and Facebook live, when Mark Zuckerberg probably was in Harvard square still thinking about a page for the college students to network with each other.

After a while, when we all witnessed the second plane crash from the back of the building into the middle of the second world trade tower, it quickly became apparent that this was no accident and was a deliberate act. Everyone’s face was that of shock and fog of confusion quickly filled the air.

Uncertainty loomed quickly and the majority of the people on the platforms were immigrants like myself I could tell and they were all talking on their flip phones in various languages. All of them sounded differently but the language of fear and shock was the same.

As the towers collapsed later and the half of lower Manhattan were shrouded with black fumes, the face of the terrorist who brought the towers down started appearing on the news.

America was under attack and the prospect of a retaliation was imminent. War cries reverberated and many nations that were supposedly the patrons and sympathizers of the terrorist and possessed the supposedly WMD became America’s prime missile targets.

Uncertainty, confusion, suspicion became the new norm on the streets of America. A new racism and xenophobia were taking a root. Hate crimes escalated and many innocent man with turbans from the green fields of India, who had nothing to do with Islam were caught in the crossfire of rage and vengeance.

America was closed to the world just as the fruits of globalization that America created were getting primed to be harvested. Security apparatus were intensified and layers of verifications to get a mere state identification cards became difficult. Banks accounts were harder to open now unlike when I arrived when anyone could open one without a social security card but just your Sate ID which was the easiest to get those days.

SEE ALSO:  Gorkhaland: From the Streets to the Supreme Court
Powered by Inline Related Posts

A war needed to be waged, a war needed to be manufactured. For the first time in this new world, live aired attacks on another sovereign nation were shown on TV. Tanks were rolling on the dusty mountains of Afghanistan.

Later on as the fight for vengeance turned its direction, nights in Iraq were brightened with neon white lights of endless merciless missiles and many innocents were strewn into pieces along with the wreckages and the rubbles. A blown off hand there and a leg somewhere else became a common sight on the alleys of Iraq. Saddam needed to be contained and like a rat found him hiding at at a hole. A perfect scripted ending for a Hollywood story. And America quickly declared Mission Accomplished. Statutes came tumbling, so did the dictatorship. But on one saw the civil war that would ensue that would ultimately give rise to another breed of terrorist groups that was built on hatred and pure vengeance upon the west.

It became evidently clear that violence is never the answer. Respect is.

Ideological warfare is to be waged not on the noses of the missiles but on the indoctrinated minds of the few who have turned the a religion of peace, into one of war and hatred.

Be the first to comment on "Violence is not the answer, respect is."