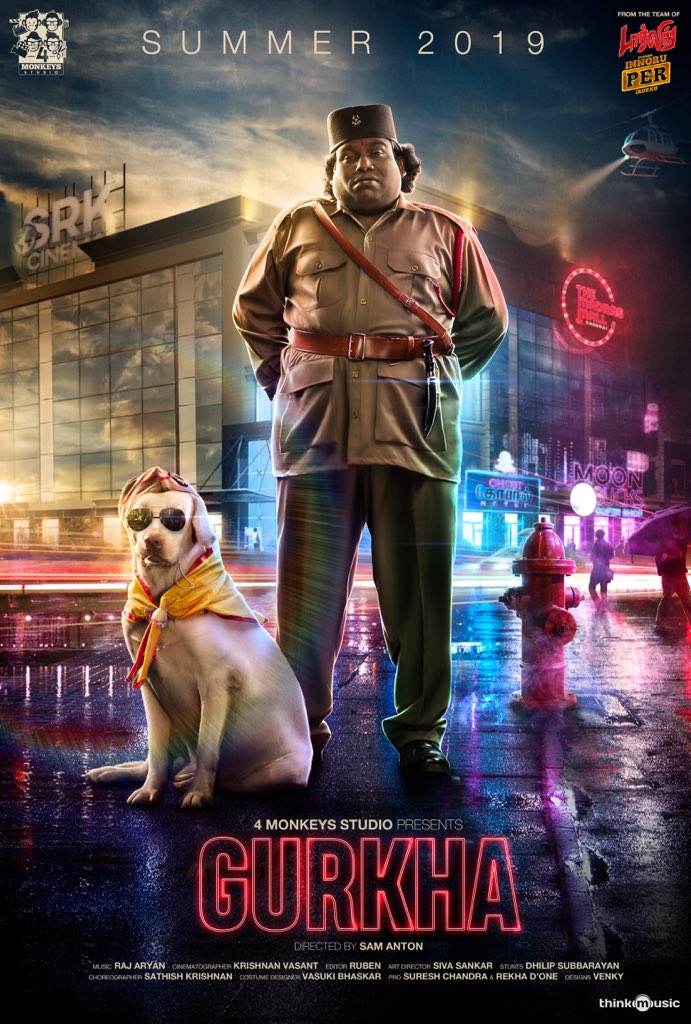 Racist and Stereotypical Portrayal of Gorkhas in India continues unabated

A new Tamil movie that is under production yesterday launched its first look poster, which has caused widespread offence to the people belonging to the Gorkha community.

The poster shows a Watchman – carrying a Khukuri, wearing bhadgaule topi with a dog besides it, and the words GURKHA splashed across it.

As soon as the poster was uploaded on twitter, the obvious stereotyping and racist portrayl of the Gorkha community wasn’t lost on the people, and widespread decrying of the same began, with Gorkhas on twitter leading the charge.

Here are some samples of what was tweeted out.

“This reduces the Gorkha community to a cultural stereotype. It’s not acceptable. A watchman doesn’t equal to a Gorkha in the very same way that a muththu or mundu doesn’t equal to a South Indian. It’s regressive & shows complete lack of creativity while irony is that it’s a film.”

“This is regressive.. Anyways considering that the studio itself is christened as A Monkeys Studio, it’s hopeless to expect anything of substance from so called producers & directors (basically morons), I don’t think they’ve the perspective & the knowledge to even mention a Gurkha. I hope concerned authorities and people take notice and take care of the sensitivities at stake here.. I’ll not got into the mud slinging part, but at times the film fraternity is blind and insentive to the various cultural and ethnic undercurrents! They should know more!”

Highlighting the need for ascertaining the identity of Gorkha community in India, Nritya who tweets under the handle @GorkhaCheli wrote,

“Sir @narendramodi one of the many reasons why we need #Gorkhaland has been tweeted by @Siva_Kartikeyan.We are more than what the film poster portray. We are law abiding citizens marching ahead along with rest of the Nation. Stereotyping our #Gorkha community is Racism.”

Shiva Chettri who tweets under the handle @shivachettri wrote,

“This is absolutely deplorable & so #Racist. #Gurkha is the name of a community & not of a profession. There are many Gorkhas who have contributed to this country in so many different fields right from sports to military to education to politics. Eff off with your stereotypes ”

Following many such outrages, the director Sam Anton responded with a series of tweets,

“I am the one who shud answer u r question .. my house was robbed by hooligans .. I was saved by a gurkha who lived near my house.

I would never do that .cos I saw a man who saved my family in the dress I portrayed my film begins with this quote sir I have to show respect to the person who saved my life and my family I could have kept some other name and shamed a community in a regional language I have read the history.. Please watch the film to know .. I love that community and that’s y I had that title of my movie .. I could have kept some other title and shamed a community in my film.. I have respect and proud of #Gurkha ‘s and their service to the nation.

I wanted to show the incident that happened .. do watch the film sir .. I am obliged to reply to u r anger as a creator ..with due respect to the community .. I respect #gurkhas” [sic]

Reacting to development, a senior journalist responded, “It may glorify and reinforce the stereotype that Gorkhas are brave, loyal nightwatchmen and exhibit his biased understanding of the community. The director and producer seems on a backfoot after the reaction of the Gorkhas.”

In Defence Of Gorkhaland: Proposed State Will Be A Safe, Secure And Financially Independent Entity