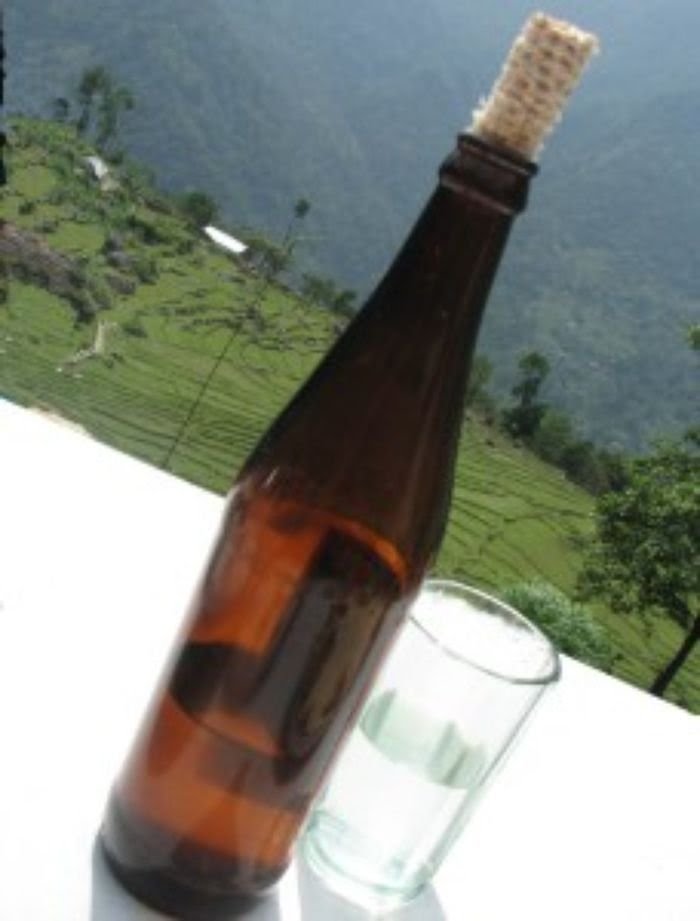 Dhiren and his mountains

There is a strange silence at Bhanu Daara today. The place usually hosts a very sparse human presence, but still the silence today is a strange one. Perhaps its Thuley’s misery that is adding the uncomfortable feeling to the air. Thuley, to introduce to you all, is Dhiren’s only brother-in-law, and the only remaining individual from his wife’s immediate family.

Dhiren finally breaks the silence – “Haala na haala”, he says as he points to the bottle of Raksi and a pack of Bhatmaas they have brought with them. Dhiren too has sadness showing on his face. He takes a handful of bhatmaas in his hands and starts eating those one by one, as he reflects on Thuley’s situation.

Though Dhiren never talks good about Thuley to his wife, and calls him stuffs, deep inside he has love for him.

So, there are too many things haunting Thuley – The festive season, his family and 8%. Well, it may look like a number to us, but for him, its a very big thing. Thuley lives at a tea garden around 2 hours away from the town. And thus, he and his wife make their living out of the garden itself. They have 2 children, both school going, and a small house yet to see repair at several points. He holds a great desire for his children to do well in life, and hence he sends them to the only English school at some distance from his place. Thus, his family’s income gets completely appropriated to sustain the family and the children’s education.

But these are challenging times. Thuley has to manage the entire festivities with mere 8% bonus that the tea garden workers have been promised. Clothes for his family, food, visitors, everything. Thuley cant take it anymore. He starts pouring the Raksi for himself and Dhaney. Bhatmaas is still helping Dhiren with the company. There is a reason why Dhiren likes bhatmaas anyway.

Thuley recalls the time when Dhiren had offered him to move to the town and learn driving. He had then laughed out the idea saying it was a stupidity even to think about it, when he could eat “Ghar ko Vaat” with peace of mind.. “Hamro ta ration pani paai halcha” was what he had said. The first sip of raksi rushed down his throat and finally after a long time something was spoken, “Kada Raicha!”….

Far down the place, apparently a game of housie was set to be played. The loudspeaker played the song “Mohani laagla hai, lahure ko boli le.” As hard as Dhiren tried, he could not become a lahure, and neither could he Mohanitise any woman in his life except for his wife.

He was actually about to talk about how he was planning to pull down a Khasi in Dasai, but seeing the conversation take a serious note, he decided to hold it within himself.

Thuley nodded his head in approval, took down the bottomed up his glass, and said, “thikai ho vena… thikai ho.”

The day was coming to an end. Both the glasses were filled again. The awkward silence returned again and the only sound that remained was of Bhatmaas being eaten.

Perhaps they would talk more when the Raksi would start kicking in.