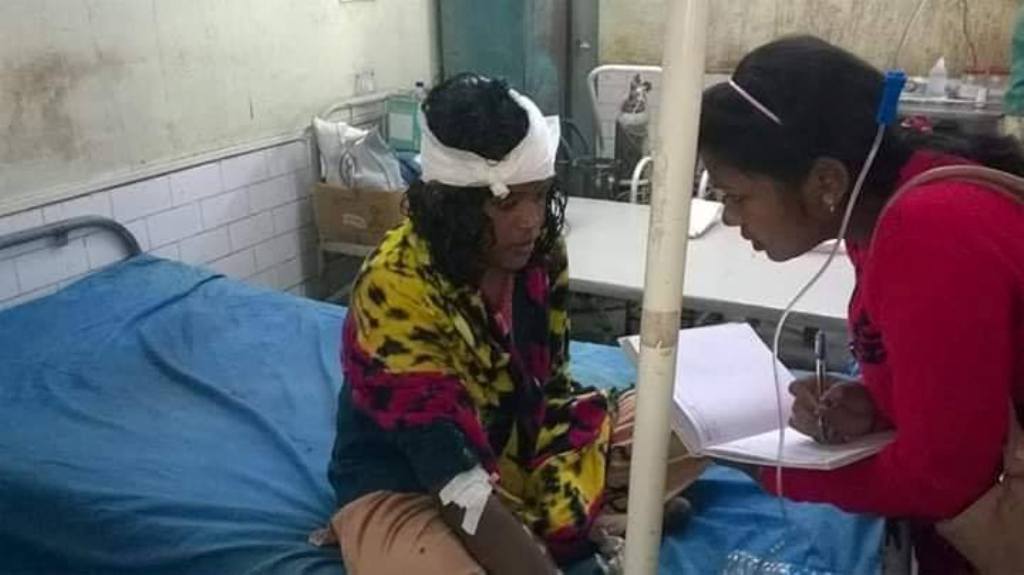 A 13-yr-old child was brought to Coochbehar Government hospital by a group of people, blood was dripping down her head. On inquiry, she alleged that her “malkin” had beaten her up, leading to her head being split. What was more shocking was that the woman who beat her up happens to be a health worker herself, and is wife of the Joint BDO of Kalchini.

This is what we know so far.

According to a local daily Prabhat Khabar, Kalchini Block Jt. BDO Anshuman Dutta and his wife Subhra Dutta have been living in Dakshin Khagdabadi area in Coochbehar for over two years. Locals have alleged that the Jt BDO and his wife are known to employ underage children to work as maid.

The 13-yr-old maid Viraj Mani has said, “I used to live with my mama-mami, they sent me here to work as a maid, I would get food to eat, but also got beatings regularly. On wednesdey, I woke up half-an-hour late, and she started to hit me, one of the blows fell on my head, and I started to bleed, I ran out, crying for help.”

That is when the neighbours came, and took the child to Coochbehar Govt Medical College and Hospital. Police were duly informed, and they have taken the perpetrator in their custody.

A local resident, and a teacher at the local Ramjhola High School Sadhan Ghosh said, “we saw the inhumane treatment meted out to that child. She [Subhra] would beat up the child on a regular basis. A civilized society cannot tolerate such inhumane treatment of a child.”

Responding to the allegations, Subhra said, “when we love and care for the maid, when we give good food to eat, no one sees, but look at how they have now fabricated allegations against me.”

This is the second time, a bureaucrat’s wife has been involved in such excesses in Alipurduar. Earlier in the month, Alipurduar DM Nikhil Nirmal and his wife were caught on camera beating up a youth, for an alleged derogatory post against the wife on Facebook. Neighbours assemble outside the Dutta household, to protest against the beating up of a minor