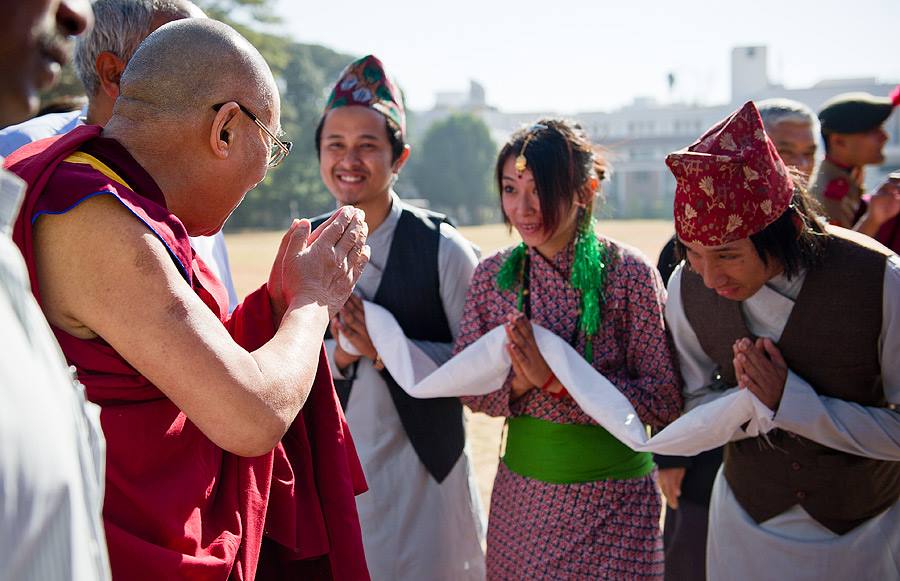 His Holiness in Nepal

Given the recent unfounded controversy that arose in Nepal, due to misunderstanding and misinterpretation of the statement made by HH The Dalai Lama, his office has issued the following clarification

“It has been brought to our attention that media reports in Nepal have queried a reference His Holiness the Dalai Lama made to Lord Buddha’s background while answering questions from students in Meerut, India on 16 October 2017.

We are concerned to know there was misunderstanding of the intent of his answer, and would like to clarify that His Holiness meant no disrespect towards his Nepalese brothers and sisters. Like Buddhists everywhere, he wholeheartedly accepts that the Buddha’s birthplace was Lumbini. What he wanted to emphasize in contemporary terms is the importance of understanding what the Buddha taught and the scope of his influence throughout Asia. It is universally acknowledged that India, the land of the Noble Ones, is where the Buddha achieved enlightenment and subsequently gave profound teachings.

We trust that this clears up any misunderstanding or misapprehension.”

China Behind Spread of this Disharmony

18 Comments on "Clarification to an Answer to a Student’s Question of Lord Buddha in Meerut, India. From His Holiness the Dalai Lama Office."