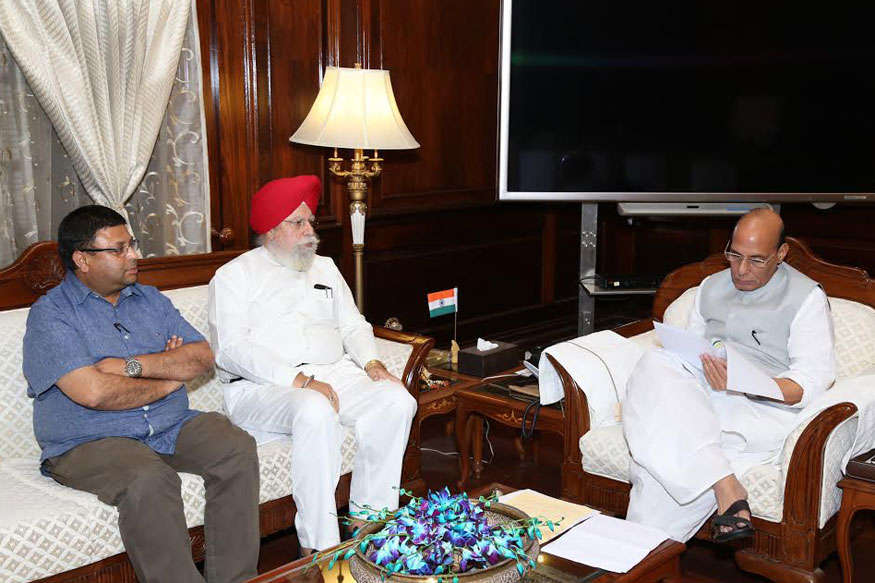 Darjeeling MP and MoS in the Union Cabinet SS Ahluwalia has denied the Central government sending any letter asking for GTA elections to be held, to West Bengal government.

The Telegraph had yesterday reported that ” The Centre has requested the Bengal government to expedite the revival of the Gorkhaland Territorial Administration to start a composite tripartite dialogue process to resolve the Darjeeling impasse, sources in the Union home ministry have told The Telegraph.”

However, Darjeeling MP SS Ahluwalia said, “I am not aware of any such letter being sent by the Center to the West Bengal government. Had any such a letter been sent, Mamata would have run off to the media and called for elections to GTA. Moreover if there is any such letter written a month ago, what would be its validity today, given that the political situation have changed dramatically since then?”

Mr. Ahluwalia said, “These are red herrings being spread by those who do not want the composite dialogue to resolve the Darjeeling issue to happen, and who continue to thwart the tripartite meeting involving Center, West Bengal government, and the Gorkha representatives. They just want to keep on muddying the water, to keep the people confused. I am sure people will see through this sham attempt at diverting the attention from Bengal’s continued denial to sit for tripartite talks, to holding of GTA elections.”

Political observers in the hills concur, speaking on the condition of anonymity, a senior political commentator said, ‘Such news is made possible with the intention to spread fear and show a manufactured scenario that wants to desperately legitimize the newly appointed Board of Administrators (BoA) as being the representatives of the people. How can any government appointed individual, hope to represent the aspirations of the people who are opposed to the very state, that have employed these BoA members?” she asked.

Another observer said, “Why would the center call for a meeting on GTA? the whole Gorkhaland movement was against the temporary set-up, and seeking permanent solution to the issue surrounding identity crisis faced by the Gorkha community? GTA is an administrative body, and Gorkhaland is a political issue. The administrative body GTA is being run by people who have been employed by the West Bengal government as Board of Administrators, today they have employed some faces from the hills, tomorrow it could be bureaucrats from the plains… so how can these appointed administrators be made a party to negotiation on behalf of the people who are opposed to GTA, to begin with? It’s like sending a butcher to speak on the issue of Animal Rights. The talks should revolve around finding a permanent solution to the Gorkha aspirations in the form of Gorkhaland state, and not around administrative powers and functioning of GTA… no one, other than the BoA members want GTA to function…”

Tiger Hill, Darjeeling – On the Rocky Road to Snow