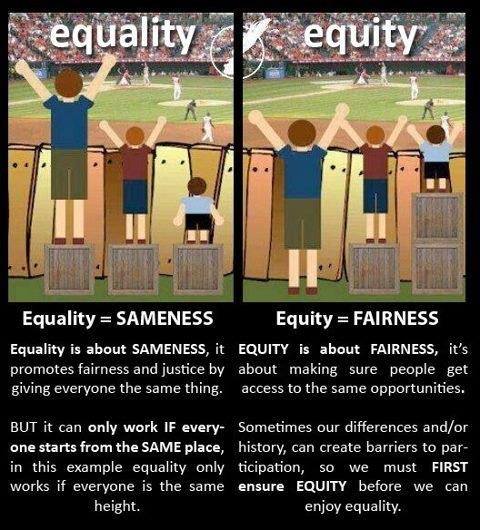 Reservation is a dicey subject, and it is well known that no political party wants to deal with it in the fear that they will end up losing the support of one vote bank or the other. But perhaps time has come for India to rethink reservation, and make serious attempts at changing the parameters of how reservation is undertaken.

When people think about caste-based reservation in India, often we think it started with Dr. B R Ambedkar and the constitution of independent India. My take on it is slightly different.

During the earliest Rig Vedic period, society was divided into Varnas (classes). Those who chose to pursue learning, philosophy and education were called Brahmins; those who decided to fight wars were called Kshatriyas; those indulging in trades and agriculture were called Vaishyas; and those who undertook menials jobs were labeled as Sudras.

During the the Rig Vedic times, Varnas were decided according to an individual’s choice and ability to undertake the tasks. The system was fluid in nature and change of one’s caste was a common practice. A Brahmin child could become a Kshatriya or a Vaishya according to his choice and ability, and a Sudhra could become a Brahmin by attaining education.

For instance, Aitareya Rishi was born as a Daasa, but he became a Brahmin of the highest order and wrote Aitareya Brahman and Aitareyopanishad. Aitareya Brahman is considered critical to understand Rigveda.

Even in Bagavad Githa, it is clearly stated that

Which translates to mean, “The four fold system was created by ME in accordance with guna and karma.” Where: Guna means – nature, ones capacity and Karma means – activities based on the segregation of society for its effective functioning.

However with time Varna which was meant to define class, gradually got converted to Jaat/jaati (caste/race), and that is where reservation comes into play.

Original Reservation
I believe that reservation based on caste originally started in the 2nd century BC after Manusmriti was misinterpreted to suit those who were in a place of privilege, which greatly skewed the social order in favour of the Brahmins. Prior to Manusmriti caste system in India was based on merit – any individual depending on the vocation s/he chose for life and livelihood defined his/her caste.

However, things started to change after Manusmriti and its faulty interpretation allowed for reserving the posts of privilege, power and social standing for “upper caste” communities, while it grossly discriminated against the people belonging to the “lower castes.”

Everything from land to wealth, from political power to education, from trade to spiritual leadership was reserved for a select few, and that I believe is where reservation actually originated.

Historical Wrongs
Based on the faulty interpretation of Manusmriti, people belonging to the so called “lower castes” were made to suffer for centuries. They were treated as socially untouchables, who had no right what-so-ever over themselves, over their life, their family or their land. They were treated like a non-being, who could be dealt with in any way, shape or form.

Millions of people who were labelled as the “lower caste” or the “dalit” were subjugated to humiliation, discrimination, prejudice and made to suffer.

Varna system which was developed to define “classes” for better social order during the Vedic period, went on to become a means of controlling one section of our society and thus a scourge which our country is yet to get rid of.

Given this, after India became Independent, the founding fathers of our Constitution introduced reservation only for the Scheduled Castes and Scheduled Tribes in an attempt to right this historical wrong. Their argument was that, within the 10 years the SCs and STs would have attained equality in the newly freed India. Dr. Ambedkar was against this caste-based reservation, and he had argued that if there were to be such reservations, then it should be confined to a maximum of 30 or 40 years, with no provision for extension. However others disagreed and the extensions have continued for nearly 70 years now.

Nearly 70 years since our independence, and yet the discrimination against the SCs and STs have continued unabated in many parts of the country. Despite reservations, those who were poor have continued to remain in the margins. So definitely the system that is in place today is not working.

Flaws In The System

You may disagree, but I strongly feel that the benefit of reservations are getting more and more confined to the hands of an elite few, while majority of the SCs and STs continue to suffer.

Let me give you a real life example of my two very good friends (daju haru) Dorjey and Sangay. Dorjey is a driver. He works hard for his living and is doing his best to provide proper education and upbringing for his children. My other friend Sangay is a WBCS officer and much like Dorjey he is also striving to provide the best for his children.

While both of Dorjey’s sons studied at Ghoom Boys School, Sangay’s son studied at St. Joseph’s and his daughter studied at Loreto Convent. Later one of Dorjey ko son joined the driving profession, the other completed his undergraduate degree from Jorebunglow Degree College, Dorjey could not afford to pay the hefty fees and daily expense to afford his son to study elsewhere. Sangay ko son in the meanwhile completed his education from IIT Kharagpur, and his daughter completed her law degree from National Law School in Bangalore.

Both Dorjey and Sangay are STs.

Now be honest to yourself, and tell me this – which child has more chances of clearing IAS or WBCS or any other competitive examinations?

Let us assume for a moment that all of the three youths have same level of smarts and are equally hardworking, so if you had to put your money on any two of the above to make an IAS or WBCS who would you bet on to make it?

I am not sure about you guys, but I am firmly placing my money on both of Sangay’s children. As much as I love Dorjey ko chora, I don’t think that he stands a chance against these two youths who have received the kind of exposure which Dorjey’s son could never get.

There might be an exception every once in a while, but sad truth remains that every child born into privilege will always hold an edge over a child born into an economically or socially marginalized families.

And I think that is what makes our system flawed.

Reservation based on caste alone as the critiera., tends to render people in the margins more marginalized. The above example I gave, shows how elites within a “reserved” category go on to usurp the opportunities, while others from the same group who are economically marginalized stand no chance to compete.

With education and hard work today Sangay is an elite, and not just amongst the STs, but also amongst the rest of Darjeeling denizens. He is a “Class A” government officer, and earns one of the highest salaries, perks and privileges that the state government has to offer. So he can afford the best for his children, and the chances that his children will continue to uphold their elite position in the society are very high.

Whereas Dorjey, despite his best intents, cannot ever hope to level the playing field for his children. His son will NOT get the kind of exposure, privileges, training and education like Sangay ko nani haru.

So is it fair to let Dorjee ko children compete with Sangay’s?

I think that now time has come for changing the parameters of reservation, even if it is based on caste or ethnicity. Wouldn’t it make sense that only one generation gets the benefit of such reservations in education, academia and jobs?

If my father is a WBCS or a Professor or a Police Officer or a Lawyer etc, then do I continue to remain marginalized? I don’t think so.

So if our government changed the parameters of reservation, and introduced the system of “expiration of reservation,” where by only those people who are economically marginalized a generation before can avail the facilities afforded under reservations. A system where people who attain the posts of privilege and economic well-being are automatically denied reservation for their next generation, as their children can avail the best of education and exposure and, are thus or should be, capable of competing with everyone else, without the need for any quota or reservation.

Let Economic Status Be the Marker

Wouldn’t it make sense to let those who are economically more deprived gain the facility of such a reservation system, and not let those who are already elite take advantage of the system to keep on remaining elite, while others from the same community continue to remain marginalized and thus discriminated against.

If we want a just and equal society, then we need to change it ourselves. Let us level the playing field ourselves, instead of waiting for the government to do so.