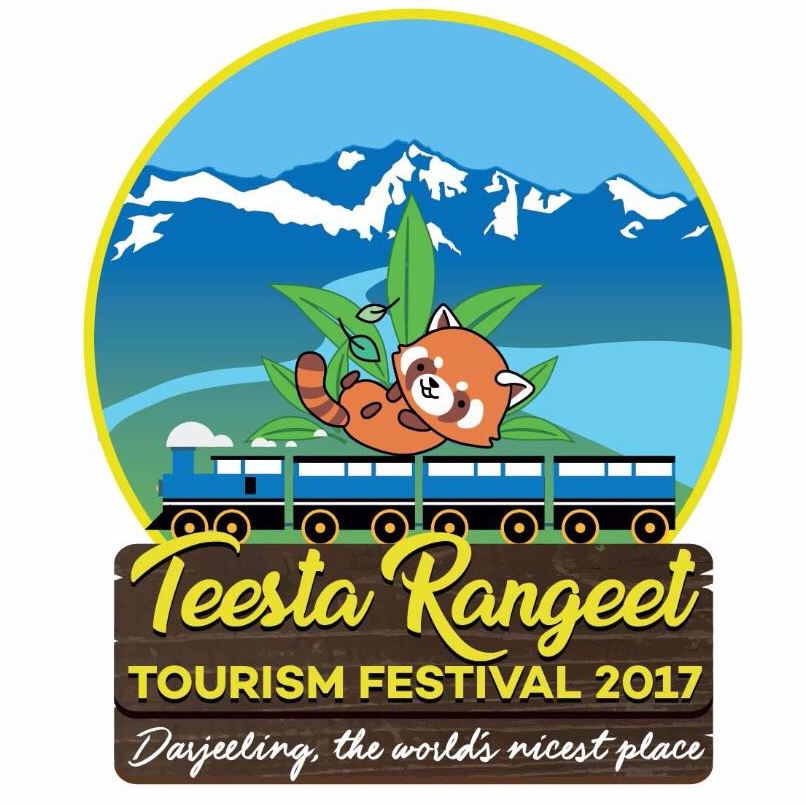 However, to say this sense of gloom has hit us all equally would be grossly wrong, for there are those, who actually seems to be thriving in these trying times. As much as I appreciate their positive outlook and applaud their ability to make the best of how things have shaped up, I feel sorry for their lack of judgment, sense, sensibility and sensitivity.

History of Systematic Undermining of Gorkhas

We all know that time and again, the West Bengal government – be it from Congress days to the Left Front, to the current Trinamool regime – has done its best to divide the Gorkhas into smaller fragments. While our politicians have continued to sellout or surrender our collective aspirations for short-term personal gains, all the Bengal governments, since independence, have worked according to a long-term strategy to render us insignificant and useless.

Right after Independence, when the 1st census of Independent India was undertaken in 1951, the then District Census Officer A. Mitra, (ICS) had manipulated the census data to show that only 19.96% of the population (numbering a total population 88,958) in Darjeeling district spoke Nepali. He did this by presenting only Kami, Damai, Chettri, Brahmin, and Sarki as speaking Nepali – rest of the hill populace Limbu, Gurung, Rai, Mangar, Sherpa, Newar, Lepcha and others whose lingua franca was also Nepali were counted as separate entities on the grounds of having their own dialects. In fact, the total Nepali speaking population in Darjeeling District at that time was 66% (2.90 lakhs)

With this single act of manipulation, the fate of Gorkhalis in Darjeeling was sort of sealed for the worse.

Based on this manipulated data, Nepali was not included as the national languages of India, as the decision-makers argued that the language was only used by a minuscule minority. When the 1st State Re-organization Commission decided that new states would be formed on the basis of linguistic differentiation in 1956, our prayers for a separate state was overlooked as Nepali was not included in the VIIIth Schedule of our Constitution, owing to the argument that according to 1951 census (which was manipulated) only a handful of people cited Nepali as their mother-tongue. That is how they deprived the gullible hill, Terai and Dooars Gorkha populace of a state of our own

In the 1970s the then Chief Minister of West Bengal Siddharth Shankar Ray divided the Gorkha dominated areas of Dooars – Malbazar and Mateli region and forcefully joined it to Jalpaiguri district, and added Islampur and Chopra to Darjeeling. This was done so that the Gorkhas wouldn’t remain a dominant force in determining who elects the Member of Parliament from Darjeeling Loksabha constituency eventually.

The impact of this can be felt today, as Dr Vimal Khawas of Sikkim University has calculated recently, that the share of hill populace in Darjeeling district has continued to dwindle from 73.26% in 1941 to 48.94% in 2011. With the Kalimpong subdivision now being accorded a separate district status, soon the share of hill population in determining both the Darjeeling Loksabha seat, as well as the Kalimpong Loksabha seat (which will be clubbed together with Alipurduar district MP seat post 2024) will drop down drastically, and we won’t remain a factor at all in determining who gets to represent us in the Parliament.

We were marginal, to begin with, these developments will cause us to become inconsequential as well.

In 1988, following two bloody years of agitation, the then CPI(M) government got Subash Ghising to agree to the formation of Darjeeling Gorkha Hill Council. Though we did get a semblance of autonomy, what we got in practicality was a Zilla Parishad sans Siliguri sub-division. Perhaps only God will ever know, how one of the most astute Gorkha politicians of all times Subash Ghising agreed to forego Siliguri. Because of the lack of judgment on his part, we are today suffering the negative consequences. DGHC effectively cut the demarcated boundaries of the Gorkhas to Darjeeling More.

The formation of Gorkhaland Territorial Administration in 2011 was another nail in the coffin for Gorkha aspirations. The geographical extent of the sphere of Gorkha influence was curtailed even further, from Darjeeling More to Salbari. In its five years of existence, the GTA has nothing to show for it, other than furthering the influence of “contractor raj” and “sycophant raj” which had started during Ghising days. Rampat corruption and nepotism is the two sad legacy that GTA leaves behind. All this while both during the DGHC and the GTA days, West Bengal continued to exploit our region and discriminated against our people even more.

At the height of 2013 Gorkhaland agitation, Mamata Banerjee declared the formation of a “development board” for the Lepchas. Gradually she formed more such “development boards” and today that number stands at 15. Each individual caste has been allocated a “development board,” and the posts to the same have been filled with Mamata and TMC loyalists.

The outcome of all the boards can be seen in the form of the district administration asking for a proof of Indian-ness in the form of showcasing “documents from1950s, proving their Indian citizenship.” A young man from Kalimpong was asked to bring in an application written in Newari to get an OBC certificate. I am not aware of Newari being in the official language list of our nation, or even the state of West Bengal. I have wondered ever since if in asking that young man to bring in an application written in Newari, the administration was actually working against the constitution of India, which recognizes both Nepali and English as the official languages of India under the VIIIth schedule of our constitution. Darjeeling Municipality notice asking for ” proof of residence of ancestors since 1950, with family tree map,” from those seeking “Gorkha certificate”

Tragically, other than Kalimpong BJP no one – not a single politician or social activist of note protested against such a blatant administrative overreach.

As one of our often repeated adage goes, “हग्नेलाई भन्दा देख्नेलाई लाज – it is more shameful for those seeing, than the one shitting,” there is a sad pathetic race among a section of the hill politicians to accept whatever little scrap of funds, power and position is being tossed at them. While some are happy being post holders as the GTA Board of Administrators, some others are thrilled at being handed over Hill Area Development Committee. There is a rumble, of a group of politicians demanding a separate Kalimpong Development Committee/Council; while significant sections of Gorkha politicians from Dooars have joined Trinamool Congress.

Everyone with even an iota of political understanding can see that all of these actions are detrimental to the Gorkhaland cause, yet those benefiting from these small doles continue to provide justification for their actions. What is common among all the justifications is the need on the part of all these politicians to parrot one line, “we support Gorkhaland demand, but only if it is done peacefully and democratically.”

To all of them, let me ask this simple question.

Rampant use of state machinery to quell any and every form of opposition to those in power today, random arrests and burning down of houses, speak volumes about how democratic and peaceful Darjeeling region actually is.

Trevor Noah a South African comedian wrote in his semi-autobiography, “The genius of apartheid was convincing people who were the overwhelming majority to turn on each other. Apart hate is what it was. You separate people into groups and make them hate one another so you can run them all”

I am sure what Noah has said will resonate with every self-respecting Gorkha. Today, the Gorkhas have been divided so much that Bengal has indirectly imposed an apartheid of sorts (by asking for citizenship proof and family tree connections) from the 1950s only to the Gorkhas, and our own people are happily supporting them.

Today, those who were earlier hounded by Gorkha Janmukti Morcha are busy hounding them back. Those who were closest to Bimal Gurung and benefitted from their association with him, are busy wishing for his arrest or death, or better yet both. Ironically those who actually detested Bimal Gurung and couldn’t stop cursing him are seeing a ray of hope and champion of the Gorkha cause in him. GNLF which had claimed to have given “Gitanjali” to 6th Schedule issue is claiming it to be the panacea to all our woes. A section of ABGL wants justice for Madan Tamang, while the other seems to want whatever Bengal wants, in a party with 10 people, they are busy expelling each other these days. CPRM seem to remain committed to the Gorkhaland cause, while JAP has suddenly turned all sympathetic towards Bimal Gurung.

Meanwhile, Binay Tamang and Anit Thapa group are busy promoting “development,” in our region. Perhaps the leftover development that DGHC in all of its 17 years, GTA in all of its 5 years, and 15 “development boards” ever since their existence haven’t been able to undertake so far.

Have we been divided into such tiny fragments, ever before?

Soon Darjeeling will be hosting the “Teesta Rangeet Tourism Festival 2017,” this at a time when we all are in a state of collective mourning.

13 Gorkhas have died in these past 6 months clamouring for Gorkhaland, hundreds are in jail and hundreds more have been injured, and while a state of our own is still a distant dream, we will have to make do with a “tourism festival” to cheer ourselves. How very sensitive and sensible it is. Applause to the “brains” that came up with this brilliant plan to bring solace and some cheer to our beleaguered people.

I hope those in power today will ponder upon the fact that “Those who do not learn history are doomed to repeat it.