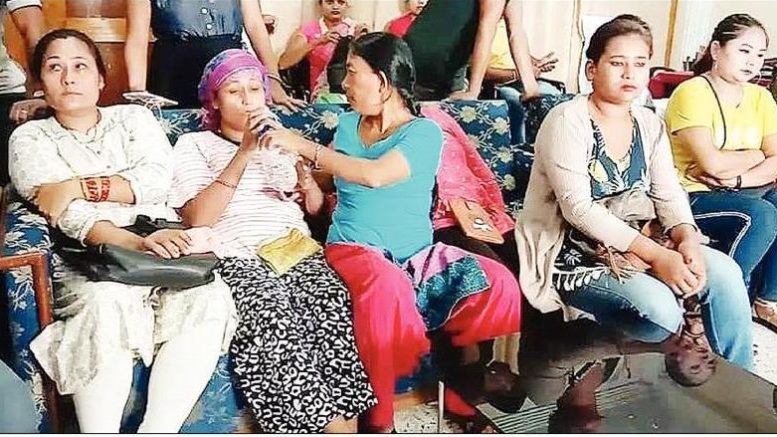 
In a very tragic incident that occurred yesterday, more than 12 patients in the Male Surgical Ward of Kalimpong Hospital, were allegedly subjected to a fatal allergic reaction due to the drug that they were injected by Hospital.

According to those in the know, patients who were suffering from fever were administered with an injection, after which they started experiencing a sudden rise in fever and pain. The gross negligence of the Hospital further led to the death of one of the patients, Dil Bahadur Gurung. Apart from that, many other patients are in serious condition, while one of them has already been transferred to Siliguri.

Dil Bahadur Rai, a resident of Murgi Hatta in Kalimpong, couldn’t withstand the effects of the reaction, and his health started deteriorating rapidly. He was moved and kept under ventilator when his situation became critical where he died in some time.

The CMOH claims that the patient was already suffering from Liver Jaundice and Kidney failure, and further couldn’t survive the allergic reaction of the drugs. His wife, however, alleges that it was nothing but the negligence of the Hospital authority that resulted in her husband’s death. She claims that nowhere during her husband’s diagnosis was she told about kidney failure and liver jaundice. She further said that when he was brought to the hospital, he only had a fever and he was being treated for the same, also saying that it is the Hospital Authorities that is to be blamed for the irreparable loss to her and her family.

Dil Bahadur was the only earning member of his house, survived by his wife and two school-going children of under 10 years of age. As such, having no option to support her family now, his wife has demanded the hospital management to compensate for the unfillable loss the family will have to bear. She said that as their children were attending English Schools, it was beyond her capacity to look after her children and their education after the death of her husband. As such, it is the Hospital’s responsibility to compensate for the same, by providing for a job and also compensation.

The Chief Medical Officer had initially ordered for a high-level departmental inquiry, but looking at the graveness of the situation, reports are coming that he has written to the Swasthya Bhawan in Kolkata to send in a team for an inquiry. As for the demand of Dil Bahadur’s wife, the CMOH said that the department could arrange for a contractual job for one family member as per the education. As for monetary compensation, he said he would talk to the Ministry of Health in Kolkata.

Talking to an experienced Doctor, she said that the drugs administered to the patients at the hospital, Pentaprazole and Ceftriaxone are routine drugs and used conventionally across all the hospitals across India, and such allergy is very rare. She also said that the possibilities of the Nurses’ carelessness are also very thin as all the Govt Hospital employ Nurses who are properly trained. She, however, said that there might have been some problem in the manufacturing of the particular lot of the drug itself. She also said that she was only aware of the situation through news and that the exact reason could only be determined after the inquiry team submits its report.

Whatever the reason for such incident be, we stand largely alarmed by such level of negligence, no matter which link of the chain stands responsible, the manufacturer, the supplier, the Hospital or the person who administered the drug.

And thus we have some questions to ask:

We ourselves aren’t sure about the exact reasons behind the terrible incident, and thus we wait for the report like anyone else. We just hope such incidents do not repeat again.

Be the first to comment on "Medical Negligence or Sheer Accident? Kalimpong seeks answers"