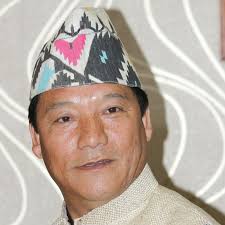 A highly placed source in the court circuit informed us that in “Bimal Gurung Vs Union Of India & others case,” the Supreme Court has today issued Notice returnable in two weeks, and has said that “No coercive action against the present petitioner [Bimal Gurung] should be taken.”

The Court ordering “no coercive action shall be taken till the next date, implies that the Supreme Court has given an interim protection against arrest and detention till the next date of hearing, since the aniticpatory bail application is still to be heard by it. This basically implies that the petitioner [in this case, Bimal Gurung] will not be arrested” explained Ashok Dhamija a SC lawyer and author of several books, had written earlier.

Reacting to the development, Bimal Gurung loyalists have started celebrations and firecrackers were heard being burst in Kalimpong town.

Ever Enduring Nostalgia of Road Cricket in Darjeeling