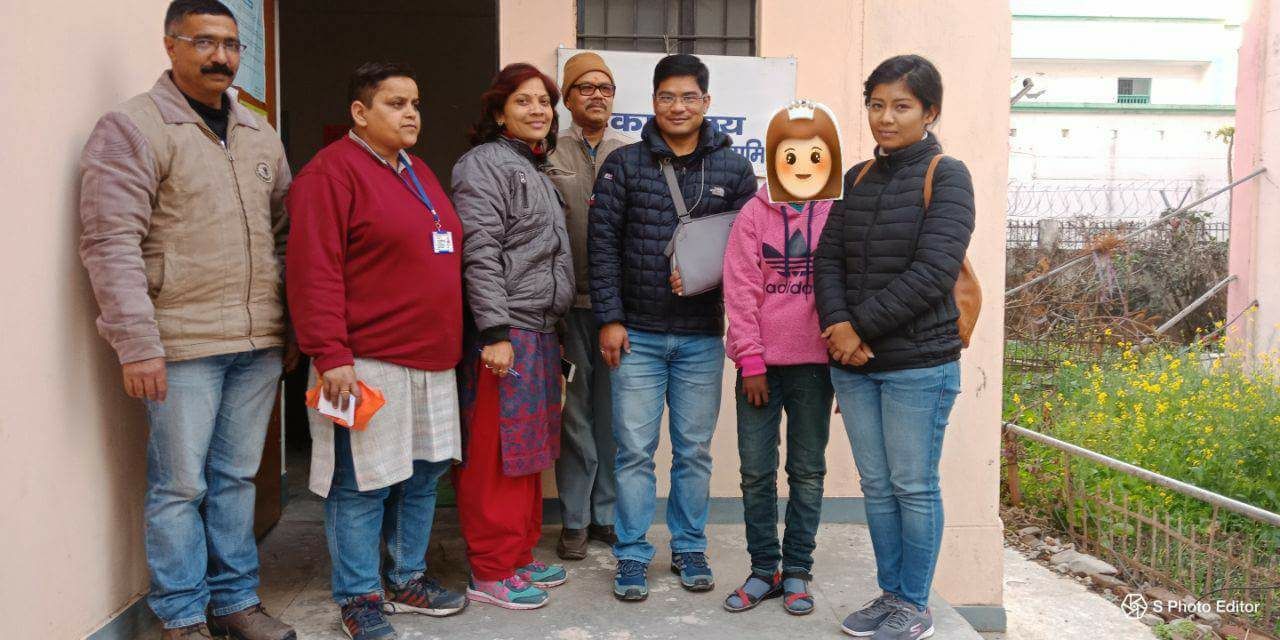 TheDC team sends a warm ‘shout out’ to Darjeeling based NGO Anugyalaya for rescuing a minor girl child from Assam in Dehradoon.

Here is what happened, according to Mr Tez Kumar Thapa…

Following the verification, I informed Superintendent of Police Dehradoon and CWC, DCPU and another support organisation of Dehradoon regarding her situation and with a request to all for her rescue.”

After receiving the information from CPO Anugyalaya Darjeeling, Dehradoon police swung into to the action and rescued that 14yrs girl.

Later on rescued the girl was produced before Child Welfare Committee Dehradoon (Uttrakhand ) by Dehradoon police and the information was shared with CPO Anugyalaya on the same day. The CWC Dehradoon conducted a counselling to the rescued girl and they found that she had been trafficked about five years ago from a remote village of Asaam.

She (rescued child )stated that her known JiJa who is from her village took her to Delhi 5 years ago on the name of education and better future but jija handed over her to a rich man in Delhi. She was working as domestic labour in that employer’s house. Her employer has tortured her mentally and some time scolded her, but the better future for her as promised by her Jija were not to be had. Her tiny hands were busy with dirty utensils in place of books and were exploited in place of a better future.

After two years she ran away from the employer’s house and reached to jija’s house in Delhi, she was only 9yrs old at that time, then again her jija took her to another employer in Noida. Here she was again exploited, and her employer physically assaulted her.

One day she ran away from the second exploited place and this time also she caught by jija and sent her back to the same employer. The second employer sent her to his relative’s place in Dehradoon. Here too the same act was repeated, here also and one day she was beaten by her employer, luckily for her here someone (one of the friends of Tez) saw this painful act and that man informed Tej Kumar Thapa about the child being abused.

After receiving the information from this friend, CPO Anugyalaya shared the same information with the Superintendent of Police Dehradoon and Child Welfare Committee Dehradoon.

Finally, police team rescued her successfully and saved her from being exploited further.

A case has been initiated by Police against Jija and that employer, but both are absconding till now.

After rescuing her, team Anugualaya traced her home and family in Assam and informed them about their daughter.

After all legal formalities and proceedings with the help of Anugyalaya Darjeeling, the said child safely came back to her home state.

By the order of CWC Dehradoon and CWC Sonitpur, Assam the said child has successfully handed over to CWC Sonitpur by team Anygyalaya.

We are hopeful that the deeds of Team Anugyalaya Darjeeling will inspire everyone to help those who are in need, irrespective of their jurisdictions.

Take a bow team Anugyalaya and the concerned person from Dehradoon who helped rescue the child! You all have earned it!!