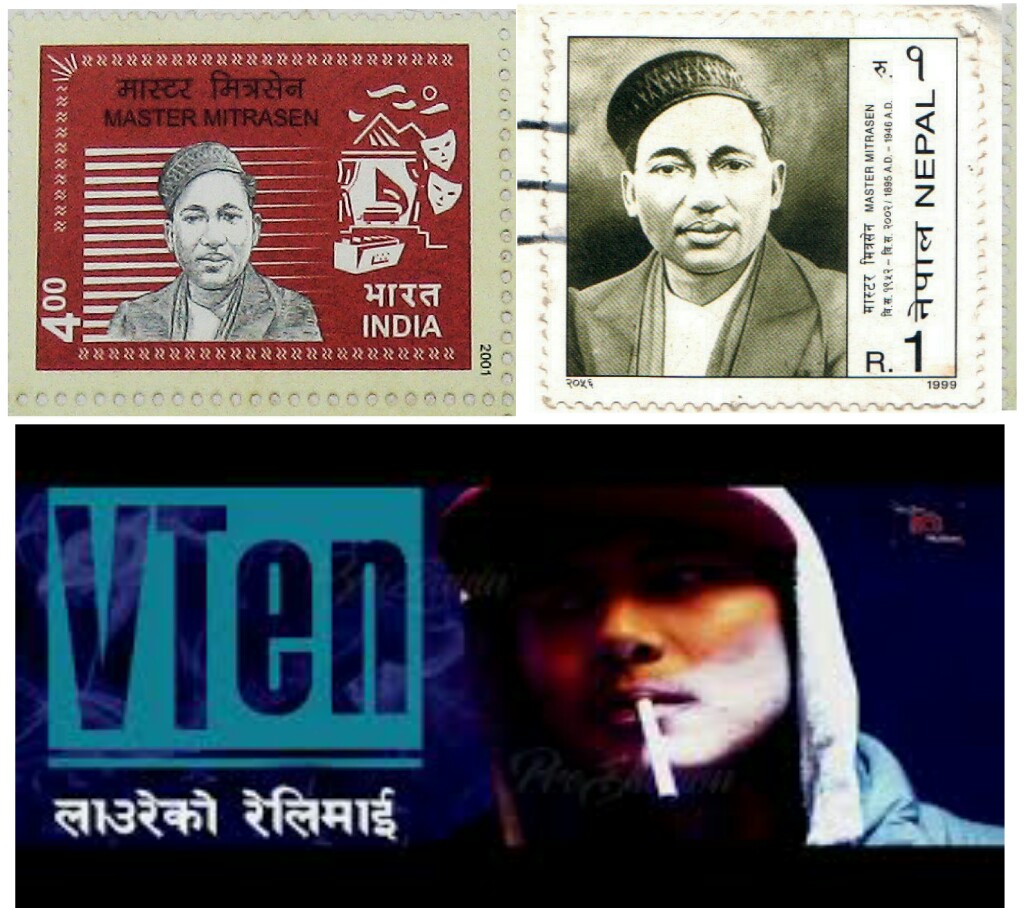 Master Mitrasen Thapa - a musical icon in both India and Nepal

I was singing Mitrasen Thapa’s ‘Laure Ko Reli Ma’, when my teenage nephew asked me if I had heard the new fusion mix of the song. Wow, I thought. I had always wanted to reproduce a modern version of the audio works of late Master Mitrasen, the original composer and singer of this popular song. A Nephop rapper called VTEN, I read on the video. No problem, maybe he has created a rap version of the original lyrics. I am all for creativity.

But I had not bargained for an assassination of the original. The video starts with an extracted stance of the actual recording of Mitrasen, chokes him at ‘Khukri, Khukri’… thereupon VTEN’s voice emerges, hip hopping an adulterated version words about the Laure wanting the Kanchhi with udhreko choli to sit on his lap, bite her apple cheeks and kiss her orange like lips. Hello, I thought, these are not Mitrasen’s lyrics. To make things worse, Mitrasen’s original voice recording remerges again and again as if struggling against the onslaught.

Laure comes from the word Lahore, the most popular city in Punjab of the nineteenth century, now in Pakistan. The city was the hub of the power of Emperor Maharaja Ranjit Singh (1780-1839) of Independent Punjab. During that era, after the Anglo-Gorkha Wars and Treaty of Sugauli, began the entry of Gorkhas from their mountain homesteads to join the military forces of Punjab or the British India Army. As their destinations were vague to their people, Laure became a generic term for anyone who went to join the military in India. As the Laurays cut a dashing image of style and confidence, the term went on to become an image statement. Even today, to the mountain dwellers of Nepal, the country of India is still referred to as ‘Laur.’ Mitrasen’s song is one of the greatest musical monuments to Gorkha history since more than hundred years.

It is not about Hip Hop now acknowledged also as a Performing Art. Nephop has in fact emerged rapidly for almost a decade and very popular too. Seen videos of Nepali kids competing snarling at each other with spit-it–all-out aggression highlighted with abusive words and body movements with an amazing extempore repertoire of words.

But I have few questions for VTEN alias Sameer Ghising.

Master Mitrasen Thapa is the ONLY Gorkhali honoured with a postal stamp by the Governments of Nepal and India for Performing Arts. Does your composition honour or trivialise him?

Did you take permission from Music Nepal or Master Mitrasen Thapa Samiti or his family to plagiarise his original recording and create a distorted version?

Do you realise that you have insulted a Sahitya Academy artiste without acknowledging him in your video?

Do you have any moral duty towards our heritage and culture?

Do you know the song ‘Laure Ko Fashion’ is a classic Gorkha heritage song by which Gorkha soldiers perform the Khukri Dance in UK and India? Reverent, almost as a national anthem.

How do you feel about mixing your trite lyrics with that of the classical maestro?

How can you claim an Official Music Lyrics Video 2017?

Do you plan to donate to the Mitrasen Foundation or to his family?

Do you even know about Master Mitrasen Thapa?
If you do not here it is.

CITATION BY THE DEPARTMENT OF POSTS, GOVERNMENT OF INDIA: PERSONALITY SERIES –POETRY AND PERFORMING ARTS. OCT 2001.
“Master Mitrasen (1895-1946) was a versatile artist who earned great fame as a poet, playwright, folk singer and short story writer. Hailing from Himachal Pradesh, he joined the armed forces at an early age. After his discharge from the army in 1918, he took up various creative pursuits like classical music and theatre. He raised the ‘Himalaya Theatre Company’ in 1926, which went on to stage some immensely popular shows in Urdu and Hindi. He travelled widely in India and Nepal, addressing the Gorkha community and striving to raise them to a higher moral and cultural plane. The self respect and patriotism which he infused into the community is believed to have been instrumental in the Gorkha troops in Malaya joining the Indian National Army during the Second World War.”

My attempt on NepHop for VTEN. Warning: All rights reserved.