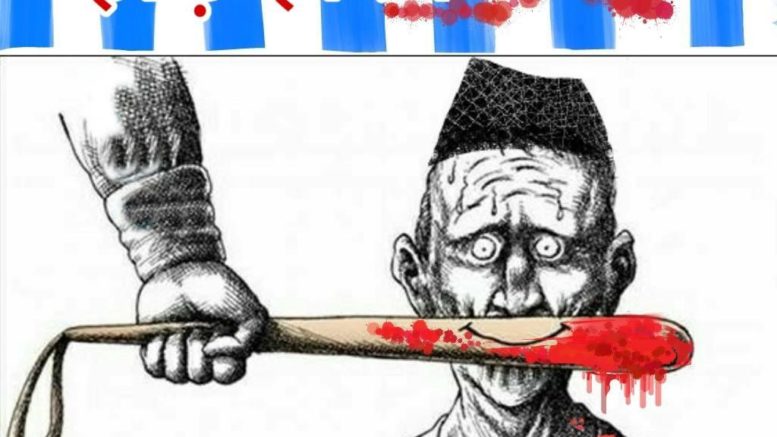 What are you voting for?


On the 18th of this month, the Gorkhas are going to cast their vote. This time the general public finds themselves caught among a Bengal created Gorkha bhoomiputra vs GJMM, GNLF, CPRM & BJP supported Nepali speaking candidate, and several others who cater to different shades of political spectrum. In the quagmire of false promises that elections bring along with it, our people have to elect the right candidate to represent us in the Lok Sabha. Most of the candidates and parties are trying to legitimise their candidature and have been projecting themselves as the best representative for the Gorkhas.

However we have to ask ourselves if this election is only about electing an M.P. for the 17th Lok Sabha?

To me this election is about our right, our security, our identity, and our very existence which has been is under  threat from  the Mamta Banerjee led TMC government of West Bengal.  This election is primarily about Gorkhas and Gorkhaland Vs. the veiled attempts at diluting and eventually eradicating the Gorkha identity  and the atrocities and injustices inflicted by Mamta Banerjee and TMC upon us and nothing else.

Therefore it becomes important for us to vote for the individual and the party that will work to ascertain and protect our identity, security, constitutional rights in the midst of relentless from a State government which has continued its onslaught in order to obliterate the Gorkha community since much before the 2017 agitation.

It is thus important to realize that TMC win will mean, we the Gorkhas have lost. Given the regional political dynamics, and the existing political reality facing our nation, I personally feel that BJP is the only political party that can withstand Mamata onslaught and will stand by the Gorkhas, against Mamata aggression. Hence, I request everyone from our region to vote for Raju Bista, the BJP candidate from Darjeeling.

Foundation of a strong political future

Politics is not for those who want immediate results and are impatient. In politics one needs to show resilience and persistence, and goals have to be set on long term-planning and thinking. We have shown patience and support for the BJP for the last ten years, and we continue to do so. In the past there have been grievances against the BJP from among us for not being with us at crucial times. However, the last couple of months has made it clear that there was a wall created between us and the party by some with vested interests, which subsequently led to communication gap. Now that the wall has been dismantled and the lines of communication opened between the leaders of BJP and us, things will move at a much faster pace and this gives us hope and an opportunity to make sure that they fulfill the promises made in their manifesto.

Given that BJP is going to form the government at the centre, their stand vis-a-vis Gorkhas is very important The BJP National President Amit Shah has already pronounced how he will shield us from the atrocities and injustices we have been experiencing at the hands of West Bengal.

For BJP to wrestling powers away from TMC in West Bengal is of utmost importance, and with our three legislative assembly seats in the hills and our ability to influence and to make a difference in 18 other MLA seats in North Bengal, we are an important cog in their wheel. This makes it imperative upon us to vote for BJP on the 18th April.

The BJP election Manifesto says that it will include the 11 left out Gorkha jatis in the Schedule Tribe list and that they are committed towards providing a permanent political solution to the problems of Gorkhas.

The manifesto as it stands, is open ended and allows us and BJP to agree on a range of solutions from Sixth Schedule to Union Territory to State. Yes, Gorkhaland is our ultimate destination and we should not be agreeing on anything less than that. The BJP election Manifesto gives us ample scope to gradually move towards and realise the dream of Gorkhaland. The opposition has been playing foul and claiming that the word Gorkhaland has not been mentioned in the manifesto.

The question is, who are they to question BJP? They have forfeited their right to talk and discuss on the issue of Gorkhaland, the moment they went against the public demand and joined hands with those who crushed our dreams and aspirations, going to the extent of using brutal oppressive means, including  using police and other law enforcement agencies to harass, threaten, cajole, bully and frame innocent civilians, whose only crime was to support the Gorkhaland state demand.

As TMC candidate admitted in one of his interviews, “Gorkhaland does not feature in the TMC agenda neither does the word Gorkha appear anywhere in the TMC manifesto.” Therefore it is important that we vote for BJP and their candidate Raju Bista.

During and after the 2017 agitation we have suffered a lot. We have been humiliated a lot. Now is our time to pay back. These two years have shown that Bimal Gurung has emerged as the defector captain of the Gorkhaland ship. He is the only one who has the tenacity, capacity, charisma and the mass appeal to inspire people to strive for a state of our own. With numerous false and unsubstantiated cases against him and many others, an endeavour is being made to render him insignificant in the hill politics.

SEE ALSO:  The Game of Throwns: Making Sense of the Clusterf**k that is Darjeeling MLA Elections
Powered by Inline Related Posts

In his absence, we have lost our political space, our public sphere, our rights and privileges as citizens, our security and identity. His return to the hills will guarantee the restoration of what we have lost, and will ensure freedom from the clutches of dictatorship and authoritarianism that is currently unleashed in our hills. Our votes will therefore lay the foundation of his return to the hills. Further, his return will also mark the downfall of those who have betrayed us in our collective fight against the TMC government.

He is the road to Gorkhaland and he has transformed into a folk hero in the collective imagination of the people and most importantly Mamta Banerjee, as was seen in the recent Freudian slip at the Kurseong jansabha.

Bimal Gurung cannot be brushed aside as some of his erstwhile lieutenants are trying to do, but the General of these lieutenants has herself accepted the relevance and significance of Bimal Gurung in the political sphere of Darjeeling and Gorkhaland.

His return and the return of our collective self-respect, which has been pawned by a few sellouts for their personal benefit will only be possible if BJP wins. This is why, I am voting for Raju Bista and so should you.

*Dr. Binu Sundas is an Asst Professor of Sociology at Miranda House, Delhi University – This is an opinion piece.

1 Comment on "Vote for Gorkha Identity, Security and Constitutional Rights"