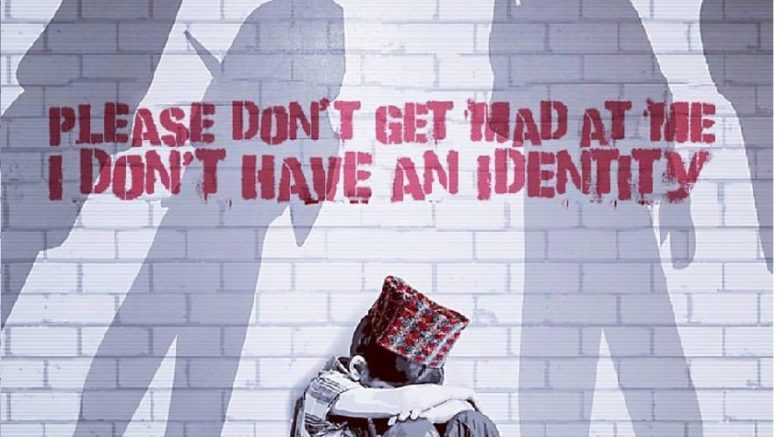 "I don't have an identity' - by Dipesh Lama


“Mula bari ma haati lukdai-na… bina karan kukur bhukdai-na” says Dhanraj Mams after taking a gulp from the blue and white mug, as we both sit in that thado dokan by that terso galli, enjoying our fluids. If you have followed the two of us, over the years, you know how enigmatically efficient D Ma’ms is in simplifying the most complex of socio-political problems ailing our hills. D Ma’ms is gifted with a brain as sharp as a sirupatey which has become halka bhonde– you know due to age, rust and raksi but not necessarily in that order. He can analyze anything inside out, upside down, even sideways – but only if you request him politely.

So here we were the two of us, enjoying each other’s company after a long gap, and he goes, “Mula bari ma haati lukdai-na… bina karan kukur bhukdai-na.” As it happens often, D Ma’ms comes up with pearls of wisdom, which I have zero knowledge about, so I don’t know what to make of it, I ask him politely, “Ko luke-cha ma’ms?”

I had seen that one, that rant from the airport, she was speaking a mile a minute, saas pani na feri. I shook my head in agreement.

“That’s what you should do too…” adds him.

I never liked Horlicks, I am more of a lito guy, but dare I say that to D Ma’ms when he is on his flow?

I remind him how the Delhi tira ko bhuk-ne haru have also now joined hands with Mudey lot, ‘what about them I ask’?

Huh!! I am stumped, not sure what to make of it, I ask him, “kunchai anda, kasto pothi?”

Ma’ms says, “All through the andolan days some nefarious elements travelled the length and breadth of our nation, collecting donations in the name of Gorkha and Gorkhaland, most of the gullible donors were from North East… these nefarious elements tried their best to subvert the MP elections on behalf of Nirmaya by demanding a Bhoomiputra candidate… so much so, a Gorkha Osama wannabe had even started to post on highly intellectualized Facebook forums, ‘shouldn’t we call our state Darjeeling, and not Gorkhaland’? but Aftero and Ukkhu Kancha twisted the tale on its head, and brought Mero-Pani-Gorkha-Kai-Khuun – a Nepali speaking candidate, who was born in North East. Initially all waited with bated breath to see how the public will react, as public reaction quickly changed from who’s he? To ohhhh he is a Gorkha too, hansom raicha hai… these lot realized they cannot afford to stand against Mero-Pani-Gorkha-Kai-Khuun… because in opposing him as an outsider, they would have ended up isolating their major donors. So while no one was looking, they quietly sneaked in with Kansa-ko-Thaal, Lota, Tika, Diyo, Batti, Laddu all the way from Delhi, just to wish him good luck. Seeing one, the others came… like how guu attracts guye jhinga… officially starting a season of unity… and now they are telling everyone how great an andolan they ran back in Delhi, while Darjeeling gave up in mere 105 days, ‘Delhi ma hami le 250-din bhok hartal chalako…’ they roar, secure in the knowledge, their funders from North East know how pro-pan-India-Gorkha they are.”

Wow, what a revelation that was.

Perhaps swayed by ‘intellectuals,’ I too am unhappy about this “outsider candidate”, so I ask Ma’ms, ‘why couldn’t our leaders have given one of our own from Darjeeling only? Did they sell the MP ticket?”

SEE ALSO:  THE EASTERN FRONTIER RIFLES - "The Warriors Of East" Need to be Recognized as a Central Paramilitary Force
Powered by Inline Related Posts

“But, Mudey sold out the ticket…” I reiterate

“Whose ticket? And why does he matter anyway? Didn’t your intellectuals championing jandaless leaderless movement only a year ago wanted him sidelined, so that they all could take over? Let them take over, vote for any candidate from the above list….” He tells me, and quickly adds, “some of you educated lot are morons of the first order, first you try to say Mudey doesn’t matter, then you say he is just class four pass so he shouldn’t be our leader, and yet you all react as if all of your life is dependent on what decision he takes… either he is your leader and his decisions effect you, so accept it and hail him as your leader, or you get over him and chart your own course… stop complaining like an old hag.”

I see his logic, but still…

That’s when I reveal to him this latest conspiracy theory that’s doing the rounds in highly intellectual circles these days. So hopefully, wishing for it to be true I ask him, Ma’ms did you hear “actually this whole unity thing was GNLF plan harey so that they would take over from Mudey lot… Mudey needs to secure his turf, else he will be sidelined harey…”

Ma’ms gives me a hearty laugh, and says, ‘bhanich, timro buddhi ra hamro buddhu-jiwi haru ko Krur Singh jastai khurapati dimag dekhda ta Mamata le jitekai ramro jasto lagcha… kukur lai ghiu na pacheko jasto, hamro buddhu-jiwi haru lai ramro kura kahile pachdaina… everyone has become an expert these days, everyone is a political pundit… everyone who worked very hard to help Nirmaya prevail post-2017 andolan is busy spewing one conspiracy theory after the other… seemingly all these conspiracy theories look like they are concerned for Mudey, but in reality, they cannot withstand Gorkha unity and Gorkhas coming together, and morons like you help spread it…” he chastises me.

Feeling a little ashamed, I press my luck further, “what about NRC?”

“Won’t that render us Gorkhas non-Citizens?” I ask

He says, “National Registration for Citizens is necessary to determine who are Indian and who are not. The Indian-ness of a citizen is decided by our constitution, whoever are citizens under the constitution of India, have nothing to worry about.”

“But in Assam, Gorkhas are in trouble” I reiterate.

He smiled, and said, “I know, because no one has been asked to leave India, based on NRC… in fact the Home Minister released a statement saying that Gorkhas, even if they are Nepali citizens cannot be treated as other foreigners…”

It resounded with me, because I didn’t hear AASU take our even a single rally against NRC.

So, the big question remained, who will win from our Darjeeling Lok Sabha seat? “Anta Ma’ms es pali chai kata pati?” I ask trying to break the NRC ice.

As he reaches the door, he turns around, gives me a victory sign and says…

Bhasa Andolan Crusaders Wanted Mirik to Have These Landmarks