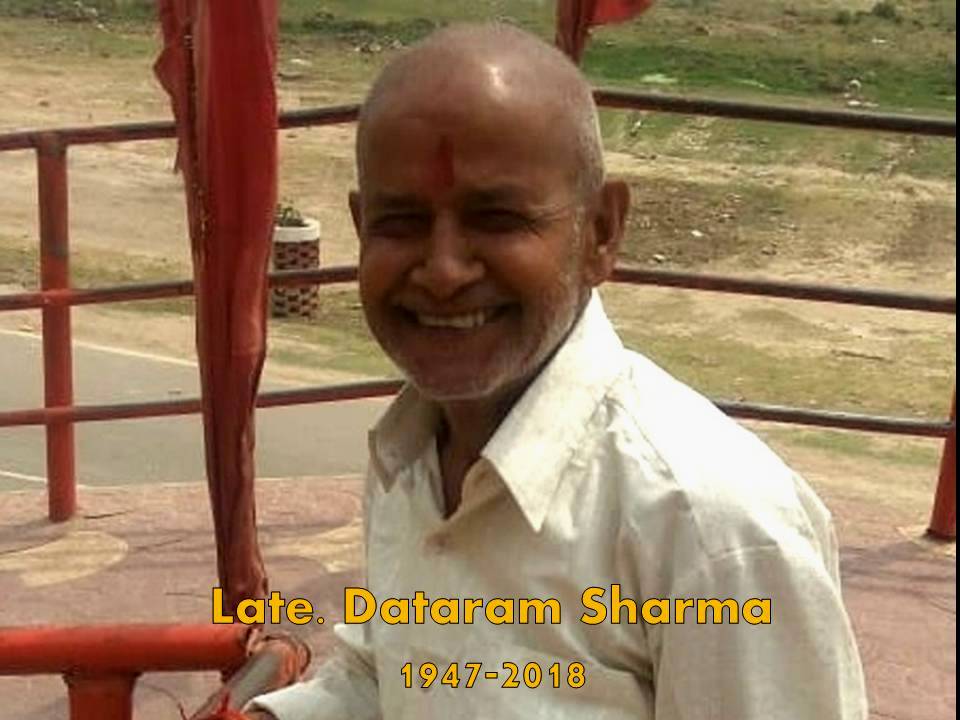 TheDC team extend our heartfelt condolences to Shri. Dinesh Sharma one of our team members, and  his family who are mourning the loss of their father Shri. Dataram Sharma.

Late. Dataram Sharma ji was born on 26 October 1947, and was an educationist, active social worker and also a part-time comedian.

He holds the distinction of being the First Gorkha who graduated in Manipuri language from Modern College, Imphal. He was among the First Educationists from the Gorkha community in Manipur and remained a teacher all though his active life.

In 1984 he came back to his village Charhajare, Kangpokpi district in Manipur to start the Ideal English School. Later, as his health failed him, he handed over the school to others, but remained a teacher lifelong.

He was also a popular comedian and artist who performed at various Dashain and Tihar drama programs organized in the state, a lost tradition in the Gorkha society of Manipur. As someone during the funeral mentioned, “his name alone was enough to keep the audience entertained during his prime time.”

Late. Dataram Sharma ji  lived a life full of passion, compassion and care for others. He set an example for all to follow, and showed to one and all, that you could make important changes in the lives of people around you, if you really cared. His death, is a great loss to the Gorkha community in India, particularly for those in Manipur. However, his legacy and his life’s work is being taken to newer heights by his son Dinesh, and rest of the family members.

We all gravely mourn his death.

At this hour of grief, we pray to God to grant Dinesh and his family the strength to overcome this irreparable loss. Be the first to comment on "Heartfelt Condolences to TheDC Team Member Shri. Dinesh Sharma and His Family"