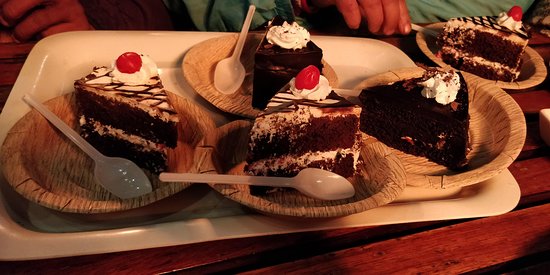 
‘The art of having one’s cake and eating it too is a rare very rare art, which only the most consummate of bakers can pull off’ – unkown

There, I said it.

Hate me haters, but it’s the simplest of facts that there is no other politician and political party more honest than Arvind Kejriwal at the national level and AAP, and in our own Darjeeling region, no one more so than ‘Our Da’ and ‘Our Party’.

Trust me on this one. ‘Our Party’ and Chief ‘Our Da’ are against any elections to the Gorkhaland Territorial Administration (GTA). In fact, they are on the frontlines of the anti-GTA elections front.

However, if they don’t contest the elections then someone else will win. This is why, keeping aside their strongest objections to the GTA elections, they have decided to contest, so that the ‘bad people’ don’t win.

But unlike the other two parties, ‘Our Party’ is doing so, out of the goodness of their heart, and not out of greed for power or the funds.

They have said, they have agreed to contest the GTA elections, to make sure that GTA funds are utilised properly.

So what if the majority of the people from our region don’t want GTA or have anything to do with its elections. We must all thank the great sacrifice ‘Our Party’ is going to make on our behalf. In fact, I am indebted to them, for had it not been for them, those in Kolkata would fool us directly, now at least it is indirect.

I applaud the sacrifices that ‘Our Party’ is making for us. No, definitely not for themselves (how can anyone even imagine them to be anything but selfless?) but for us the lata-sidha janata.

This rare art of having one’s cake and eating it too is what makes our own Hill version of ‘Kejriwal Lite’ so smooth and slick and likeable and believable.

Thank you for existing ‘Our Da and Our Party’ We the lata-sidha janta are much obliged.