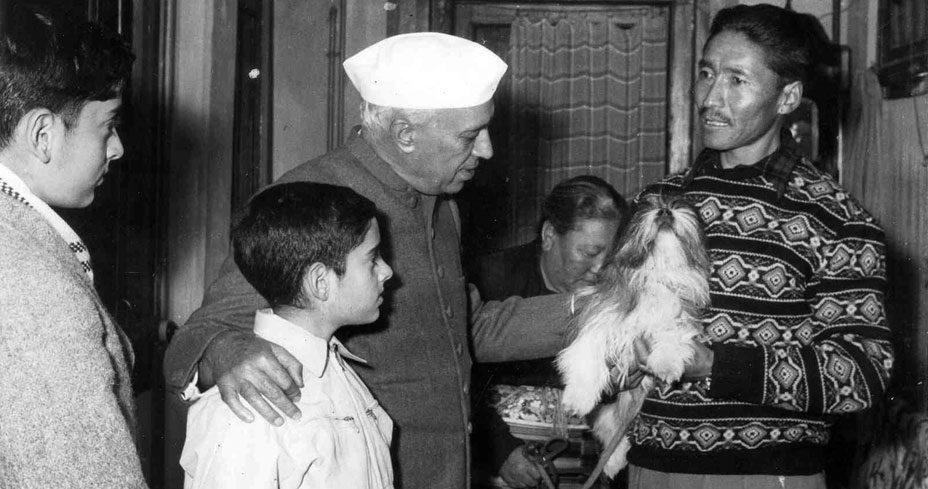 Tenzing Norgay Sherpa suffered the same fate as most ethnically Nepalis in India – a question about his idenitity. Almost all the Nepalis who live in India, at least once in their lifetime, do encounter the question on their nationality. Due of the similarity of language and culture with the Nepalis of Nepal, the Nepalis of India have always been misrecognised as citizens of Nepal.

The non-recognition of the Nepalis of India as Indians has largely shaped the identity crisis faced by the Indian Nepalis.

This is one of the fundamental reasons why the Nepalis in India have been increasingly asserting their Indian identity in the form of the separate state of Gorkhaland since the early 20th century. This is also the reason why the Nepalis of India preferably identify themselves as ‘Gorkhas’ and not Nepalis.

The legendary Tenzing Norgay Sherpa is no exception. He too faced the nationality question immediately after his Everest ascent. And his was the nationality no ordinary. 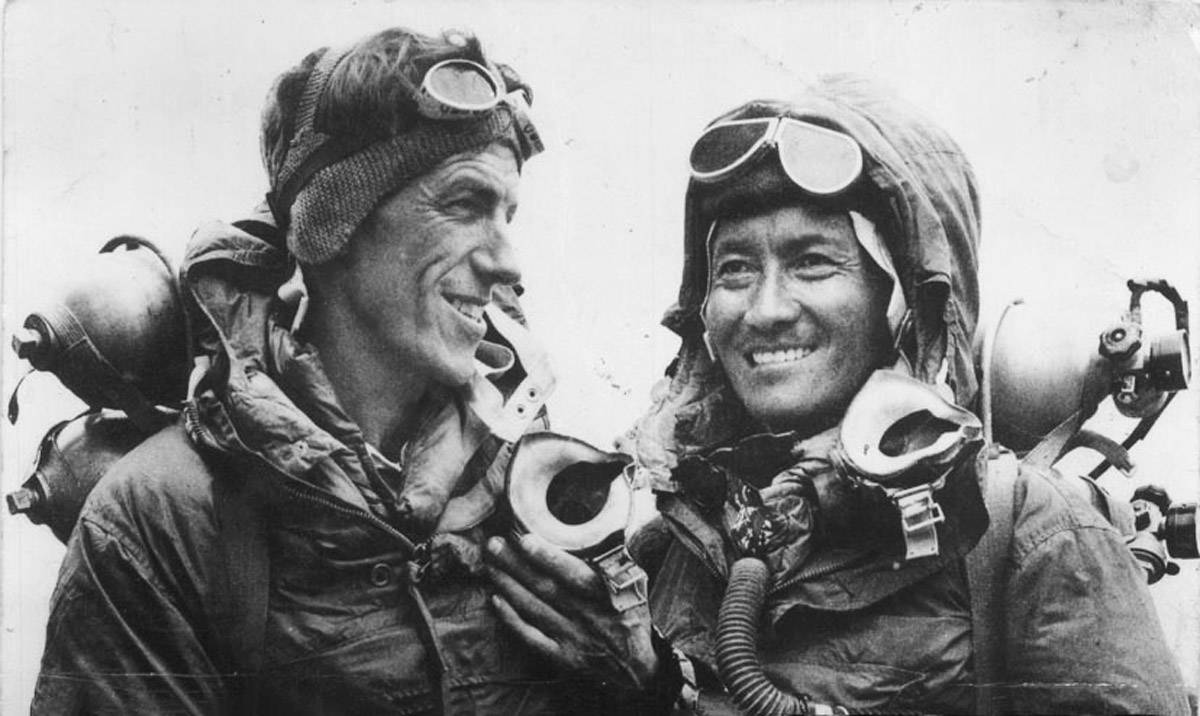 Tenzing and Hillary After the Successful Accent

It was the question of the nationality of the first man to ascent the highest point on earth. And the choice and decision did have consequences as you will come to know as you read through. However, the case of Tenzing was different and interesting.

Unlike the normal Nepali folks of India who have to time and again fight for his/her Indian nationality and assert the same, here, it was India and Nepal both asserting Tenzing’s identity on their respective behalf. This article attempts give you the small glimpse of Tenzing’s life after Everest. The following account of Tenzing’s life is taken from ‘Man of Everest: The Autobiography of Tenzing’ by James Ramsey Ullman and ‘Tenzing and the Sherpas of Everest’ by Judy & Tashi Tenzing.

Tenzing Sherpa was born in Nepal but was an Indian citizen. He lived in Darjeeling since 1932. He climbed Everest in the year 1953.

After reaching the top of Everest, Tenzing and Hillary stayed there for almost fifteen minutes. Hillary took photographs of Tenzing holding aloft the flags of Great Britain, Nepal, the UN and India and started descending. Upon descent, at the place called Dhaulagat, a crowd of his fans from Nepal came to meet him and tore him away from rest of the expedition and compelled him to sign an agreement that he is a citizen of Nepal. The King of Nepal himself had presented Tenzing Norgay Sherpa with the ‘Nepal Pratap Bardhak Medal’ a year before when he and Lamberd nearly reached the top of Everest during the Swiss expedition.

The expedition soon reached Kathmandu where the King of Nepal awarded Tenzing with ‘Nepali Tara’, the highest decoration in the country and offered Tenzing and his family to use the royal jet for their ongoing travel to Kolkota. The Prime Minister of Nepal then even offered Tenzing a house along with rewards and benefits if he decided to stay in Nepal.

However, Nehru soon became Tenzing’s greatest supporter. India who had recently got independence had a great deal to gain from the promotion of Tenzing as a national hero. Nehru also took Tenzing to his home, gave him a number of fine clothing from his personal dressing room for use at formal receptions in England. He gave Tenzing two small pieces of jewellery which had belonged to his father. Nehru even wrote a letter to Dr. B.C Roy, the then Chief Minister of West Bengal, asking him to help Tenzing raise funds for a good home for Tenzing Norgay Sherpa. 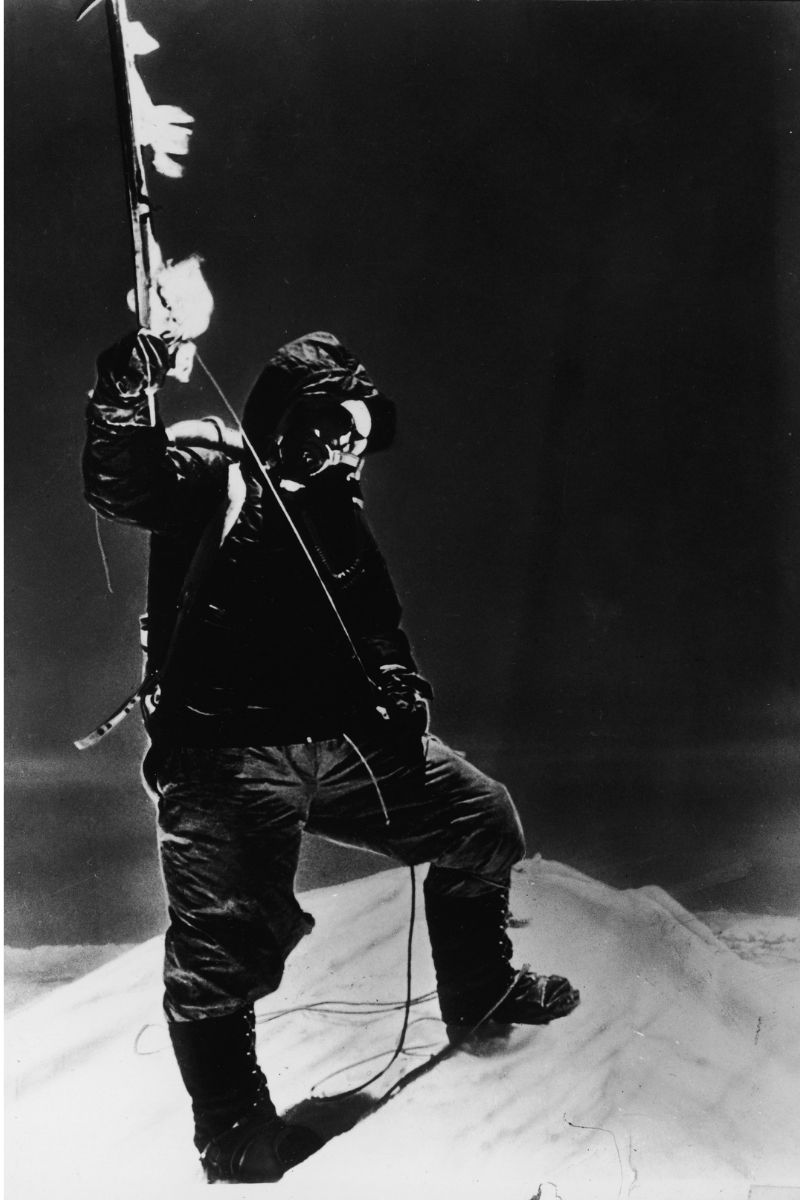 After returning back from England, Nehru offered Tenzing the position of Director of Field Training as the so called ‘job of life’ and officially opened Himalayan Mountaineering Institute in the autumn of 1954.

When Tenzing attained the age of retirement in 1976 he was told to leave his HMI post. He was very unhappy with the decision and tried to convince the Director of HMI to retain him in his position claiming that Nehru had promised him the ‘post for life’ but in vain. However, there was nothing in writing regarding the Tenzing’s tenure other than a verbal agreement by Nehru who was no more. Tenzing had actually retained Indian citizenship, although he had many offers from many other countries- Nepal, the Swiss, the Americans. Finally, he was kept back by the HMI as an adviser that became purely nominal and his salary and role remained low.

It was only after the coming of Enter Lars Eric Lindblad, a successful tour operator, to Darjeeling, the fortune of Tenzing changed a little. Lindblad helped Tenzing establish his own trekking and touring company in Darjeeling and used him as a promotional centerpiece for his tours. Tenzing had a new purpose to live again and was finally able to build some wealth. However, it is said that Tenzing became increasingly disillusioned and unhappy and not in very positive state of mind.

Hillary recounted of Tenzing carrying the pain of his retirement from HMI when he later met him. He seemed to be unable to fully purge this resentment and anger.

In November 1985, Tenzing made his last journey to Switzerland, staying in Geveva with Raymond and Annette Lambert and spending time with his dear friend Annelies Sutter in Zurich. The Lamberts and Sutter were taken aback at the first sight of him, for he had become gaunt and his eyes had lost their distinctive sparkle. His famous smile had faded away. Maria Feuz arranged for him to have a complete medical checkup. The examining doctor later reported that the tests did not find any significant pathological findings. It would seem his troubles were in his mind and his heart.

On Friday morning, 9 May, at 4 am, Tenzing agned 71 then fell severely ill and breathe his last breath. His cremation was done at HMI.

Hillary was only the foreigner present, for it was a time of great political tension in Darjeeling because of Gorkhaland Movement.

Tenzing symbolized the best that humanity had to offer, a simple hearted hero who not only conquered mountains but also hearts world over. However, the nation he chose to adopt as his homeland, a young India that he has so inspired, is yet to give him due recognition. If anyone is more deserving of Bharat Ratna, its Tenzing – for he inspired generations of Indians to dream big and make those dreams come true.

Writes: Privat Giri – He is the Asst Prof of Journalism and Mass Communications at Salesian College in Sonada.

1 Comment on "TENZING NORGAY SHERPA – The Mountain Lion, Whose Legacy Is Yet to be Honoured"