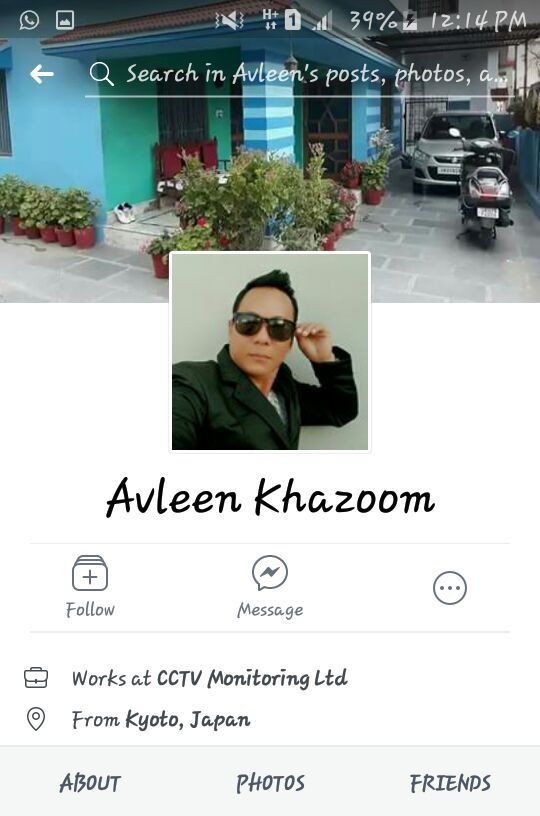 In another case of social media harassment, a 24 years old Mirik girl was subjected to continuous harassment over facebook by a person running his facebook account by the name Avleen Khazoom.

The victim, who has been working abroad, had casually accepted a friend request from the person, unaware of the disaster that awaited her. The small mistake went her to cost her a lot. The culprit slowly crept into her inbox and started sending lewd messages. When she objected, he further started threatening and abusing her. The girl wasted no time and blocked the person.

She thought everything was back to normal again, but it wasn’t.

In a few days, her relatives started calling her informing her about fake accounts on fb running on her name with malicious content. The culprit had created multiple accounts in the victim’s name, added her friends and other people as friends, and posted her pictures with vulgar captions. This was something much unexpected for the girl, who not knowing what to do, confronted the culprit again through message.

Things only got worse.

The culprit not only abused her but also sent her inappropriate videos. He gave her death threats on messages and through messenger calls. He morphed vulgar images to add her face and circulated it on the fake accounts. Having no option left, the girl finally informed her parents about the ongoing incident. Her parents supported her and went on to file an FIR at the Mirik Police Station against the culprit. The FIR was filed on 26th of May and the case was forwarded to the Cyber Crime Branch in Siliguri in a few days, where the investigation is still going on.

Meanwhile, the culprit continued creating fake accounts on the victim’s name and harassing her. The victim later found out that it was a usual business for the culprit, who belonged to Nepal and had been doing this to other girls as well. Initial investigation by the police has suggested that the culprit is presently in Malaysia.

After going through all of this, the victim is in a traumatized state. The incident that bears very little or none of her fault has affected her confidence and approach towards life. She says that though she has received a lot of support from her family and friends, they somewhere unintentionally make her feel guilty about the incident.

While we believe that facebook is a very strong platform for us to connect and build a stronger society, we also believe that it puts us and our identity into the public space, leaving us vulnerable at times. We request all our readers – especialy youngesters to be extra careful while adding friends. Please avoid adding strangers on your friendlist and curb out the chances for such psychos entering your life.

We applaud the girl for standing her ground and confronting the victim. With her courage, we believe that if the culprit is arrested and persecuted, he won’t have the guts to repeat the shameful act again on anyone else.

We also hope that the cyber crime department speeds up the investigation so that the culprit is grabbed and brought into justice.