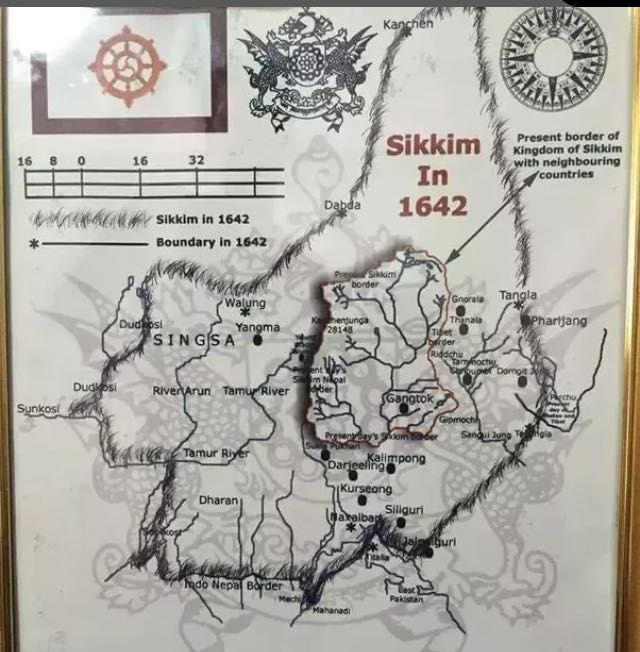 
After meeting Gorkhas from various corners of Eastern Himalayan states, looking at the glorious history of Darjeeling and associating it with them, one would be amazed how Darjeeling Hills spread over an area of little less than 2500 sq km has always come to the rescue of millions of Gorkhas living hundreds of miles away from mayalu pahad.

Being born in one of the remotest corners of Assama, and having lived as a Darjeelingey since my early childhood, I have numerous tales to compile and put forth. My granny tells me the stories of the time when Gorkhas were fighting for their existence in the Northeast. In those days, the intense anti-foreigner feeling touched the Gorkhas too. Granny has always been my strength, her words encourage me to think good and do good for the community.

One fine day she narrated me a story of the time when buses were the common means of travel between North Bengal, precisely Siliguri, and Assam. Travellers had to change buses at the border to continue their journey further. Nepali folks at Srirampur Gate (Assam side) were often bribed or harassed by the keepers because the language they spoke made them easy prey. What led to an end of this suppression is really surprising but inspiring indeed.

The Darjeelingeys came and brought down the Srirampur Gate after a youth from Darjeeling on his way to Assam was badly beaten up at the border. As soon as it would be reconstructed, Darjeelingeys would come and pull down the gate again. With utmost pride I say, it was razed for thrice until the series of harassment fully stopped. This marked the beginning of Gorkha Renaissance in Assam.

Only last month I got a chance to meet a revered person from Silgadi with whom I sat for a cup of tea. His talks swung between the past and the present, ranged between the days of Jalpaiguri ko Raja who had a Kanchi Lapcheni Rani to the GATA Pact – for which he had eagerly waited to see the revived territory of GTA. He recalled the time of 1969, two years before the unfortunate 71 when a local Gorkha was murdered in Silgadi and entire Darjeeling oor liyera ako (climbed down) to protest against it. “Paila lagthyo hamilai kehi bhayo bhane Darjeeling le bachauncha, aba testo lagdaina”,  uncle was disheartened.

Indeed Darjeeling district is the kipad (key/centre) of Indian Gorkhas. It’s also true that politicians have made our Darjeeling an English walnut. But until and unless we’re in Bengal, the attempts to introduce 3-tier panchayat in Hills should never stop. Let a district function like a district, and a subdivision like a subdivision. Let there be a Singo Darjeeling.

Dear Hill leaders, please remember down in the plains, beyond Sukna, no one’ll identify you by your party’s name, we have only one affiliation and that is with Gorkha. The bigger Gorkha family is looking at us with hope, Darjeeling should remain firm and united like it used to be years ago. The alliance and brotherhood must continue till the day we achieve full separation from Bengal.

1 Comment on "Singo Darjeeling, A Quest or a Quandary?"