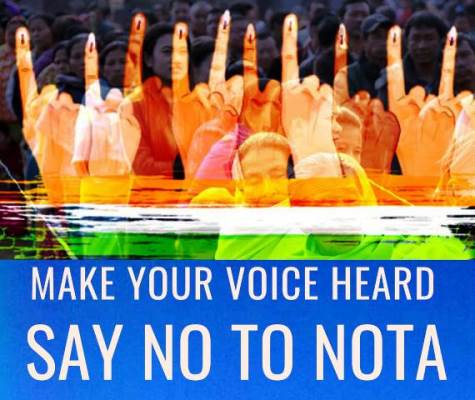 
It , for despair is only for those who see the end beyond all doubt. We do not.

For the very wise cannot see all ends.

Gandalf in The Fellowship of the Rings

I am certain I am not alone in believing that the wisest and the best men and women live in the world of fiction. It is only when they are immortalized in literature that human beings remain consistent, dependable, and relevant. In real life heroes and heroines fall and fail, plots become messy as there are too many loose ends which simply can’t be tied together, and this inevitably brings with it despair and cynicism. And we at Gorkhaland, having had our fair share of fallen heroes and heroines and incompetently scripted plots, have reached a point where words spoken and actions performed in real life ceases to hold any value. Belonging as I do to a large migrant Gorkha population, withdrawing from the quagmire of reality in Gorkhaland has its charms and can be done with relative ease, but the reality back home has a peskiness about it and keeps reminding me of its existence.

It was one such sultry summer, two years ago that reality bit me and other fellow Gorkhas living in Delhi-NCR. So we trooped to Jantar Mantar, New Delhi to commiserate, protest, and purge the pent up feelings of injustice and anger at the cold blooded murder of our Gorkha brother in Darjeeling at the hands of the state forces. We continued to gather there week after week as the situation in the hills deteriorated. Attending these meetings was a revelation in many ways. Not only did I witness the mushrooming of long distance Gorkha leaders and an active attempt to sabotage the movement back home, I also saw, what struck me as one of the biggest scam that the government has managed to pull off on its people. I realized that Jantar Mantar is not a political space for protests and subsequent redressal, it is only an adult playpen where aggrieved citizens can gather, protest, and believe that they will be heard. Located a few kilometers away from the Parliament, gives the place a symbolic importance, so that simply being present there makes one feel acknowledged by the powers that be. In reality, Jantar Mantar is only a long stretch of road cordoned off on both sides, where protestors of all hues can gather without inconveniencing the government or the Delhi public. So for those of you who saw videos of Gorkha protestors being jailed or stopped by the Delhi Police and may have been led to believe that it was police action against Gorkhaland, what you saw was the Delhi police trying to prevent traffic jam. Gorkhaland, farmers’ suicides, OROP, rape victims, are all very good, just don’t disturb the traffic in Central Delhi, is the overriding concern at Jantar Mantar.

In hindsight this realisation should not have surprised me. For a nation obsessed with symbols- religious, cultural, political, and social, it has always been shockingly indifferent to the symbolic acts of the marginalised men and women. Hunger strikes, dharnas, self-immolation, hartals, have an impact when done by the mainstream Indians. The anti-corruption movement under the leadership of Anna Haraze is a case in point. It went on to become a national debate only because the middle and upper class mainstream Indians joined this fight, as in this (rare) case they too were plagued by corruption in its myriad shapes. Those living on the margins of this nation can continue their self-flagellation a la Gandhi but it will rarely bear any fruit. That is why choosing the NOTA option in the upcoming elections is futile.  Following the disillusionment with the BJP and the visceral hatred/tacit support for the TMC, NOTA as an option is being discussed among the Gorkhas. The pro-NOTA group comprises of two distinct categories. One group consists of the English-educated Gorkhas who have never been comfortable with Bimal Gurung’s leadership because he is “uneducated”, so they see a BJP victory in 2019 as Bimal Gurung’s continuing popularity. For them, only an intellectual/buddhijiwi can be the leader, an idea so fraught with absurdities that i could never wrap my head around this naïve belief that competence, morality, and ethics in politics is guaranteed by a graduate degree.

The other pro-NOTA group has a more credible position, because this group comprises of Gorkhaland supporters who are  disillusioned with the role (or none) of the BJP, during the violent repression by the West Bengal government in the last couple of years, and so the idea of  voting for BJP is justifiably  unpalatable.  To initiate a dialogue with the former group is beyond my ken so it is primarily to the latter group that I want to dedicate the two quotes of Gandalf from Lord of the Rings. Because the truth is, as Gandalf says, even the wisest among us don’t know what the future holds. Though we can make calculated guesses and calibrated moves, politics like life is a tricky terrain, and  NOTA becomes akin to hanging up our boots. Even if it is a symbolic gesture, only when the entire constituency opts for NOTA can we hope to capture the nation’s attention and maybe subsequent redressal. Democracy is deeply flawed but till date it is the best political system that humanity has managed to come up with.As easy as it is to despair and become cynical, especially when we know that the system is rigged, we have to continue our engagement with the political processes. NOTA as an option is equal to sitting on the fence and though we may clear our conscience by believing that we made a choice, this choice is only symbolic and symbolic acts of the marginalised common wo/man holds no value. We have to make a well thought-out choice and cast our vote for a candidate and though this choice may be difficult, we will at least have made one. As the struggle for the soul of our community intensifies, we simply do not have a choice but to make a choice.

I was preparing to send this write-up I read a very disturbing article in The DC, that residents of Peshok, , and Milling are boycotting the upcoming election and are being advised/supported by CBSS. I don’t know about this Samity but I know the major players and again I must say they have acted very irresponsibly. I am surprised that CPRM leader R. B. Rai is going against the very tenets of Marxism. How is he going to justify this vote boycott as an act of empowering the of these tea gardens? The owner is a TMC MP and what effect, if any, will boycotting elections by poor tea gardens have? At best it will end up being reported in local papers and rest assured nobody will bother to read it. By boycotting you are only weakening the by telling them that they are insignificant. The residents of the three tea gardens must be advised to cast their votes. Regarding the other members of the Samity, the less said the better, as I don’t want to segue into a loud denunciation of “Gorkha intellectuals”, a category which needs more serious dissection for their inimical role in anything that benefits our community.

But Vote, we must!

Writes: Divya Pradhan, She is an Assistant Professor the in Department of Engli sh,Mata Sundri Colle ge,Univeristy of Delhi.