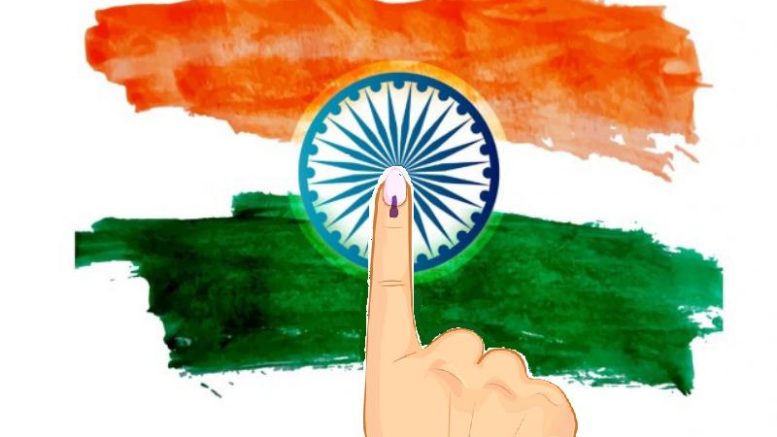 
While the political dram continues in the hills, many people are disillusioned by all the ‘war’ cry from different parties and organisation. Some suggest a boycott, some want NOTA while others give you options like Bhumiputra/ Bhumiputri and what not. Here is an attempt to understand the why’s and how’s of the Voting process.

Firstly some basics about who can Vote?

You can enrol as a Voter if you:

How to enrol as a Voter online (you cannot cast your vote online):

Any Indian citizen residing within the country, who has attained the age of 18 on the qualifying date (1st of January of the year of revision of electoral roll), can enrol himself/herself as General Voter and fill Form 6 online at National Voters’ Service Portal. Copies of necessary documents should also be uploaded.

You can find these forms here

Students living in hostels & mess can submit a declaration as prescribed in the ECI website and submit along with Form 6.

How to register to vote offline

Call 1950 for any help or contact your Election Officer

Things to Note for a First Time Voter

“There comes a time when one must take a position that is neither safe nor politic nor popular, but he must take it because his conscience tells him it is right.” – Martin Luther King

What Happens if you don’t case your vote

If you don’t vote, you effectively disappear from the political system. In simple words, those who vote get to decide things for everyone. That means that you are empowering the people you dislike by choosing to stay away as their opposition is decreased by one vote – yours.

E.g., let’s say that 40% stay away from elections. 60% cast their votes. Let us presume that there are two parties who get equal amount of votes. This means that 30% of the voters who voted for the winning party have a say for things that are meant for the total population.

While the BJP emerged as the single largest party in the Assembly, its leader B.S. Yeddyurappa could only remain as chief minister for less than 56 hours.

The Congress, with 78 members, offered its support to the JD(S) to form the government. Both the parties safeguarded its MLAs from possible horse-trading by lodging them in hotels in neighbouring States. With Mr. Yeddyurappa realising he didn’t have the support of adequate members, and his subsequent resignation, JD(S) leader H.D. Kumaraswamy is all set to take the oath on May 23.

At 54.76%, the voter turnout in Bengaluru on Saturday shows lack of interest in elections. BJP leader from Bengaluru (Urban) had a majority of 46% vote. Many agencies blame the low turnout for the drama that allowed the party with lowest vote to elect the Chief Minster.

Hence if you don’t vote at all, you are helping to elect the politician who is least popular, which is just the opposite of what a democracy is supposed to be.

What happens in case of an election boycott by the village/ town?

A boycott does not have any role in a democracy. A democracy is about participation not about boycotting which is nothing but organised non-participation.

Lack of participation rarely nullifies election results. The incumbents would win the elections without competition. The boycotting party would be out of the Parliament and lose their access to a channel for information, to the media etc.

Why Should You Vote

The “none of the above” (NOTA) option was made available to Indian voters in 2013. If you do not like any candidates from your constituency, but you still want to cast your Vote then you have the option to press NOTA option in the EVM.

What happens if majority of the voters choose NOTA?

The NOTA option on EVMs has no electoral value. Even if the maximum number of votes cast is for NOTA, the candidate getting the most of the remaining votes would be declared winner

NOTA: 60, Candidate A gets 30 and other candidates get totally 10 votes.

In this case candidate A will be announced as winner.

Some other facts about NOTA –

1. Earlier if a voter wanted to vote for NONE of the candidates then he had to sign in a register called 17 A available at polling booth. Now the EVM has an extra button with NOTA option. This helps to hide the identity of the voter.

2. Though NOTA does not affect the final result, it helps you to raise your voice against unsuitable candidates. It forces the political party to take note and present a better candidate.

3. Most importantly, it also helps to avoid False Voting. It ensures that no one else can cast a vote on your behalf nor, can there be extra votes as voting percentage cannot be moe than 100%.

How Trustworthy are the Elections

With eight crore voters and nearly 2,000 political parties taking part, India’s elections are a staggeringly challenging exercise. And at the heart of the credibility of these complex elections is the robustness and integrity of the vote count.

Five years ago, the Supreme Court ruled that all machines should be equipped with printers producing voter-verifiable paper audit trails (VVPAT).

SEE ALSO:  Children and Youths - This election,no one is talking about them
Powered by Inline Related Posts

Voter Verifiable Paper Audit Trail (VVPAT) is an independent system attached with the Electronic Voting Machines that allows the voters to verify that their votes are cast as intended. When a vote is cast, a slip is printed containing the serial number, name and symbol of the candidate and remains exposed through a transparent window for 7 seconds. Thereafter, this printed slip automatically gets cut and falls in the sealed drop box of the VVPAT.

Since 2015, all state polls have been held using paper trails. In these elections paper slips generated by some 1,500 machines were counted and tallied with the votes in the voting machines. “There was not one mismatch,” he said. , former election chief SY Quraishi

More information can be found here:

Systematic Voters’ Education and Electoral Participation program, better known as SVEEP, is the flagship program of the Election Commission of India for voter education, spreading voter awareness and promoting voter literacy in India. Since 2009, it has been working towards preparing India’s electors and equipping them with basic knowledge related to the electoral process.

Online giants like Google and Facebook have taken measure to stop spread of fake news and party advertisements.

Josh Talks (a media house that conducts motivational conferences) in collaboration with Facebook has been creating awareness and dialogues amongst the Youth since January 2019 covering 16 cities. Follow HASHTAG #MakeYourMark on Facebook.

Some questions were answered in this discussion

On Election day, Facebook will show details of your nearest polling booth. Afterwards, you can also showoff with an ‘I have Voted’ filter in your profile.

Perceptions: My four-year-old and I

She-Who-Must-Not-Be-Named and the Pure Bloods

Be the first to comment on "Elections 2019: Voting Basics for All"