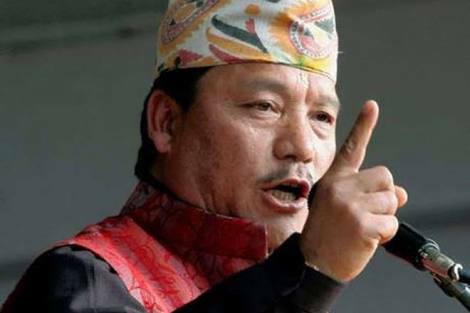 In the latest audio clip released by Bimal Gurung, he thanked honourable Supreme Court for putting 15 days stay order on his arrest. He also thanked each and every person who prayed for his safety and well being.

He said that the order by the Supreme Court was a big blow for the forces who were trying to brand him unconstitutionally.

He also said that he was aware that people were waiting for him to come out and stand with them, but then he said the 15 days of time was to be carefully utilised. He stated his plan of visiting Delhi within this period and working for the relief of the people who are either arrested or in hiding.

He requested the people to have faith in the law and truth and to maintain peace. He further said that he would come out among the people very soon and continue the fight he has been carrying in a constitutional way.

He also condemned the random burning of houses of the people associated with him and said that he never believed in such politics of violence and would always maintain a constitutional way of politics.

BREAKING: Families of 11 Martyrs on their way to PM’s Oath Taking